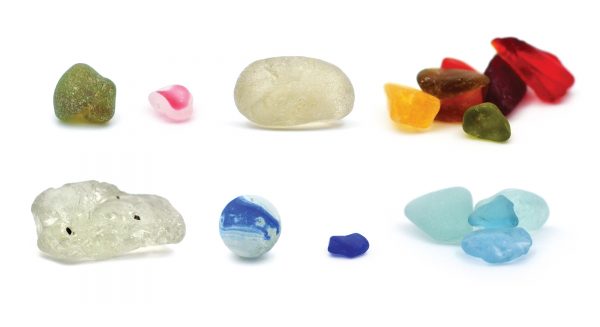 Near the west end of Toronto, the twin peninsulas of Humber Bay Park give way to Lake Ontario in a series of scalloped bays girded by armour rock and huge slabs of concrete rubble. To the east are spectacular views of the downtown skyline across nearly ten kilometres of open water. In the middle distance mirage-like sailboats tilt into the sun. And at the water’s edge, washed up amid gravel and wave-worn brick, is the unmistakable glitter of beach glass.

Beach glass, or sea glass as it is also commonly called, results from a unique collaboration between culture and nature. Beach glass is created when broken glass — bottles, vehicle lights and reflectors, sealing jars, and all the many other products of vitrification — sinks, washes, or is dumped into large bodies of water. Over decades or centuries, physical weathering processes, mainly wave action combined with friction against rocky coastlines, tumble the glass into rounded, translucent nuggets. Chemical weathering — mainly salt in ocean environments and carbonic and other weak acids in freshwater lakes — produces a distinctive frosted surface. When wet, beach glass glitters upon the sand; held up to the sun, it glows as if lit from within. It is a beachcomber’s treasure: a broken, discarded, human-made object transformed by nature into something beautiful. 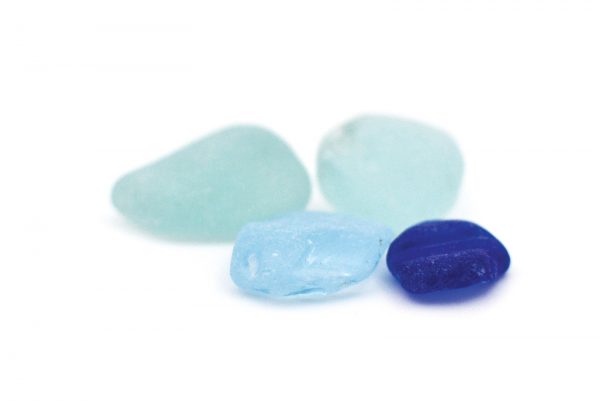 The reasons so much glass has got into large bodies of water vary. For millennia, glass entered the water from shipwrecks whose cargo spilled across the ocean floor. Until the London Convention on the Prevention of Marine Pollution was implemented between 1972 and 1975, ocean dumping of municipal waste was essentially unregulated. Until well into the 20th century, many towns and cities maintained municipal dump sites on or near lakes or oceans: the famous Glass Beach near Fort Bragg, California, a favourite tourist destination for coastal visitors, received tons of glass from local landfills operating between 1906 and 1967. 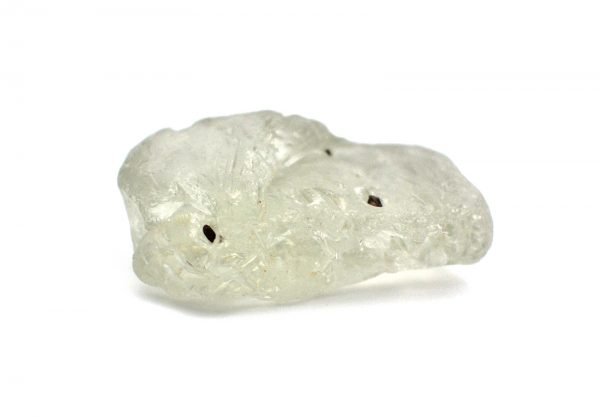 Over the decades, fragments of glass were washed out to sea and weathered along the rugged coast, creating the once ankle-deep deposits found at that beach, now so greatly depleted by rapacious beach glass hunters that MacKerricher State Park has adopted an ordinance prohibiting the removal of glass from beaches within park boundaries. Glass and porcelain factories located along coastlines have also contributed to the volumes of beach glass washing up on nearby shores. Seaham, UK, is a favourite international beach-glass hunting destination, for example, because large nearby bottle factories dumped their waste into the North Sea throughout the Victorian period.

Compared to these well-known tourist destinations, Toronto might seem an unlikely place to find beach glass. But much of the city’s contemporary shoreline consists of land filled in with construction rubble and waste; in addition, some 141 former dump sites dot the city, many along now-filled-in ravines. In the decades before public recycling programs began, glass was a significant component of the waste stream, and over the course of a century, quite a lot of it washed into Lake Ontario. Conditions in Lake Ontario near Toronto — including good “fetch” (wide stretches of open water sufficient for significant wind-generated waves) and strong longshore drift currents — are also conducive to producing good beach glass. 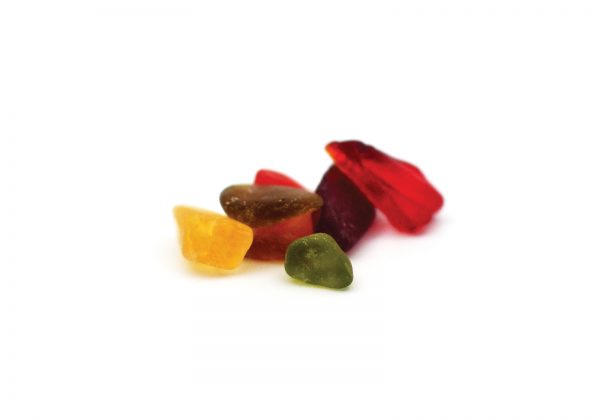 It is possible to find beach glass along almost every beach in the Toronto area, from Ajax through to Mississauga. Kew Beach, Cherry Beach and Sunnyside Beach are accessible, safe beaches for family beach-glass hunting, although local conditions and grooming mean the glass fragments found are likely to be smaller and fewer. For the slightly more adventurous, the mostly unmaintained unofficial beaches at Humber Bay Park (both East and West) and Colonel Samuel Smith Park near the bottom of Kipling Avenue in Etobicoke are good places to find larger and more interesting pieces, alongside fossils and other water-washed treasures. The Toronto Islands have several beach glass hunting hotspots, particularly Ward’s Island. 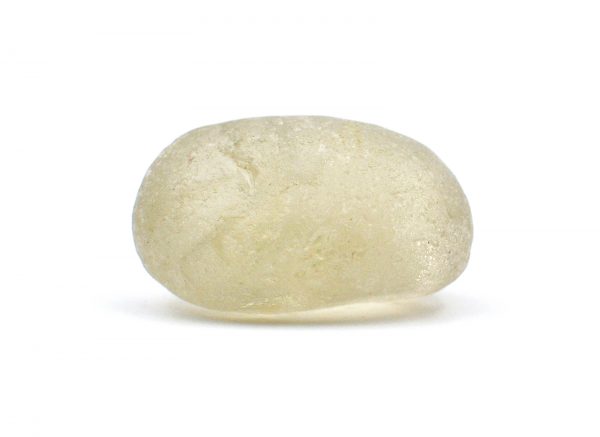 Novice beach-glass hunters are likely to be happy with the green, brown, and white beach glass fragments most commonly found on Toronto’s beaches. With some experience it becomes easier to spot the (much rarer and usually tiny) fragments of red and cobalt glass that pop up. Lavender and pale blue glass nuggets, often from apothecary bottles and sealing jars, are beautiful on a windowsill. A persistent and fortunate beachcomber might find glass fragments with letters or words on them, and with some research identify Great Lakes bottling companies whose operations ceased decades ago. Large chunks of melted slag glass, usually white, have probably come from landfills or factory dumps. 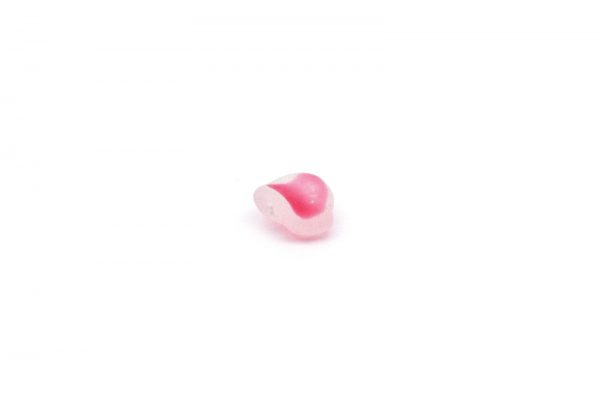 Big pieces of old crocks wash up regularly, as do porcelain parts of insulators, sometimes with textual hints as to their origin and function. Old glass marbles, completely worn and fully frosted, their swirls muted by the wash of waves, and old bottle stoppers, are perhaps the most desirable beach glass to wash up in the Toronto area and are, even for many semi-regular beach visitors, a once-a-season find. 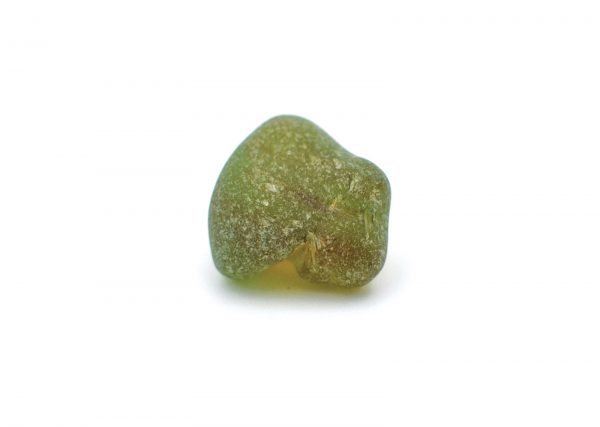 The best time to go beach-glass hunting is after a storm, when the lake is likely to have heaved up fresh detritus from its depths. Early mornings are good times to go looking, because the lower angles of light illuminate pieces of glass that might otherwise go unnoticed. It is a good idea to wear waterproof boots, and to bring two bags: one small baggie for treasures to take home; a larger bag for removing waste items that wash up on the beach. It is worth remembering that beach glass is essentially a non-renewable resource, so take only what you will enjoy. And while beachcombing, don’t forget to look out at the towers of Toronto, their glass glinting across the bay.

Amy Lavender Harris is an urban geographer living in Toronto with a strong interest in urban ephemera. This article was originally published in Spacing #52 (fall 2019)