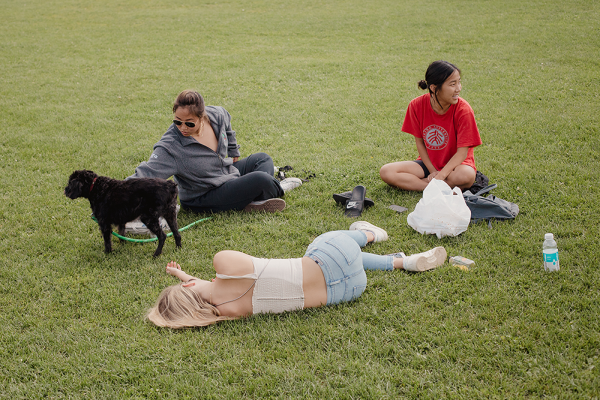 During the summer days of the pandemic, local photographer Chloë Ellingson found herself spending much more time in Sorauren Park than she ever had before, despite it being only a few blocks away from her place of many years. And she was not alone — many nearby residents would spend their entire days at the park. She took it upon herself to talk to her new ‘neighbours’ throughout the course of a day to discover how life during the pandemic had brought them together.

Editor’s note: all photo captions appear below the image. 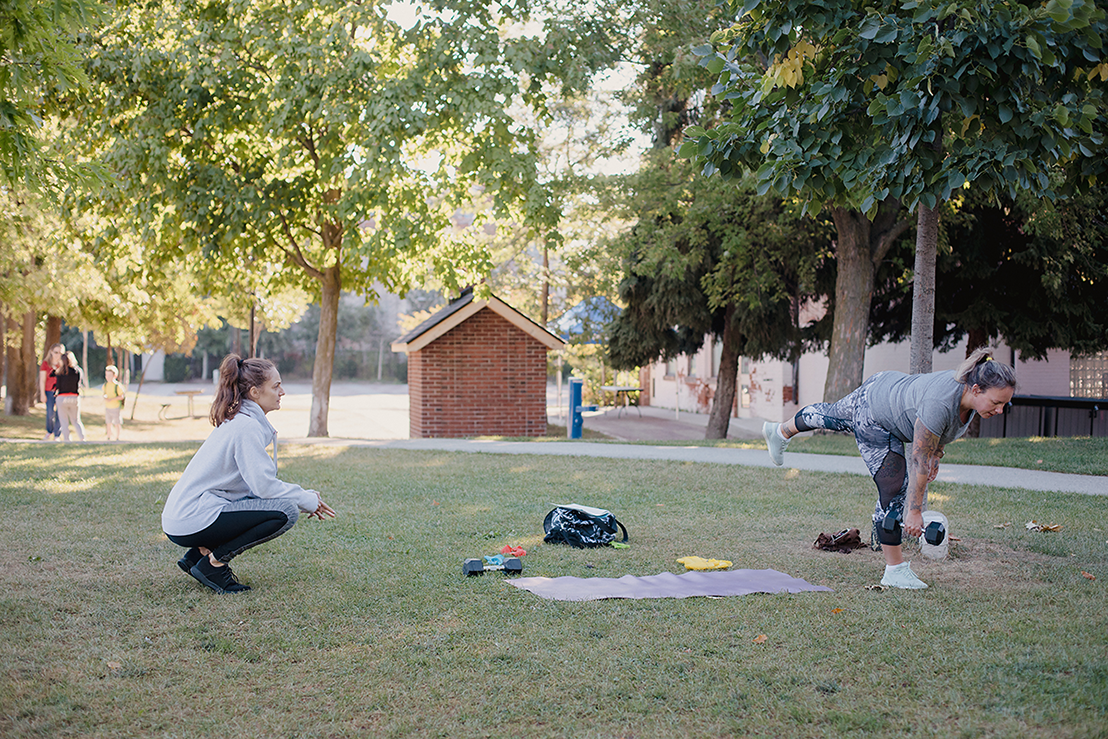 8:48 a.m. Sandra of Damask Studios meets her client Sarah for a morning workout in the park instead of meeting at the indoor gym. “This seems to be the popular park for trainers,” Sandra says. 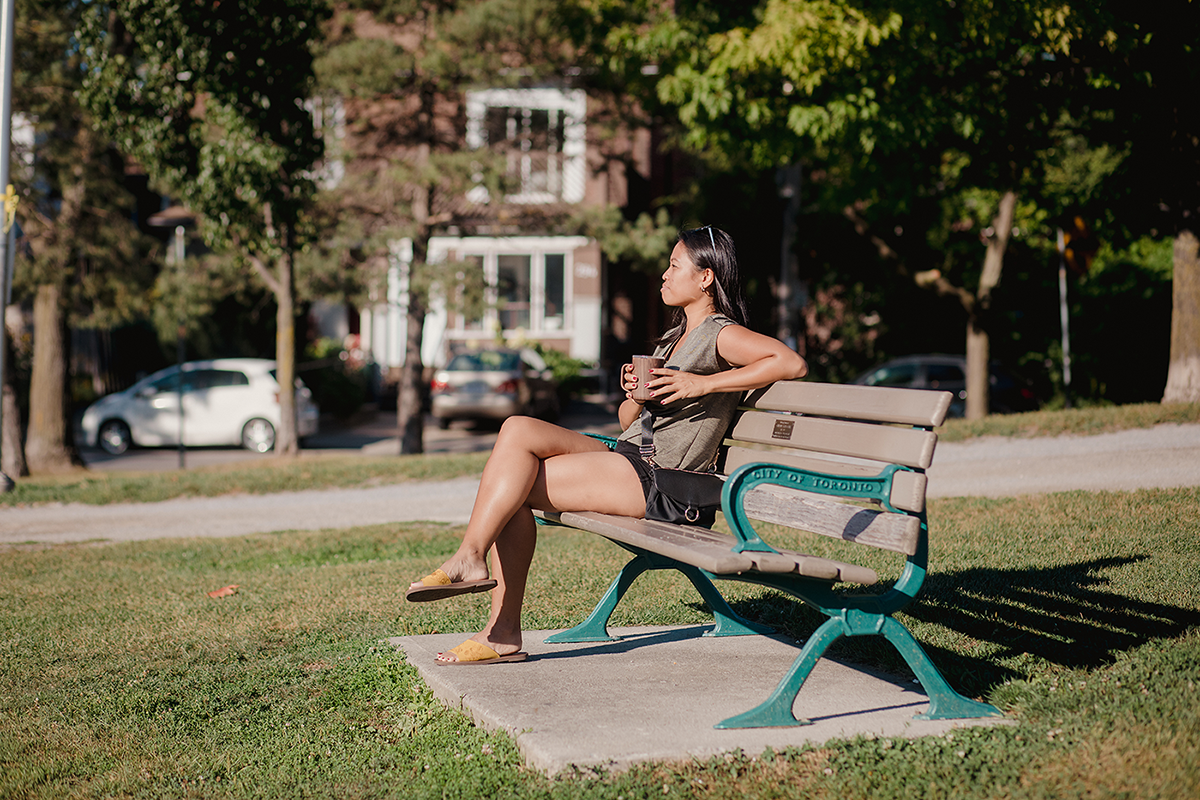 9:01 a.m. “Before the pandemic, I never came to this park,” says Evalyn. “Now I come almost every morning. I wake up early so I can come here before getting into the grind of my day.” 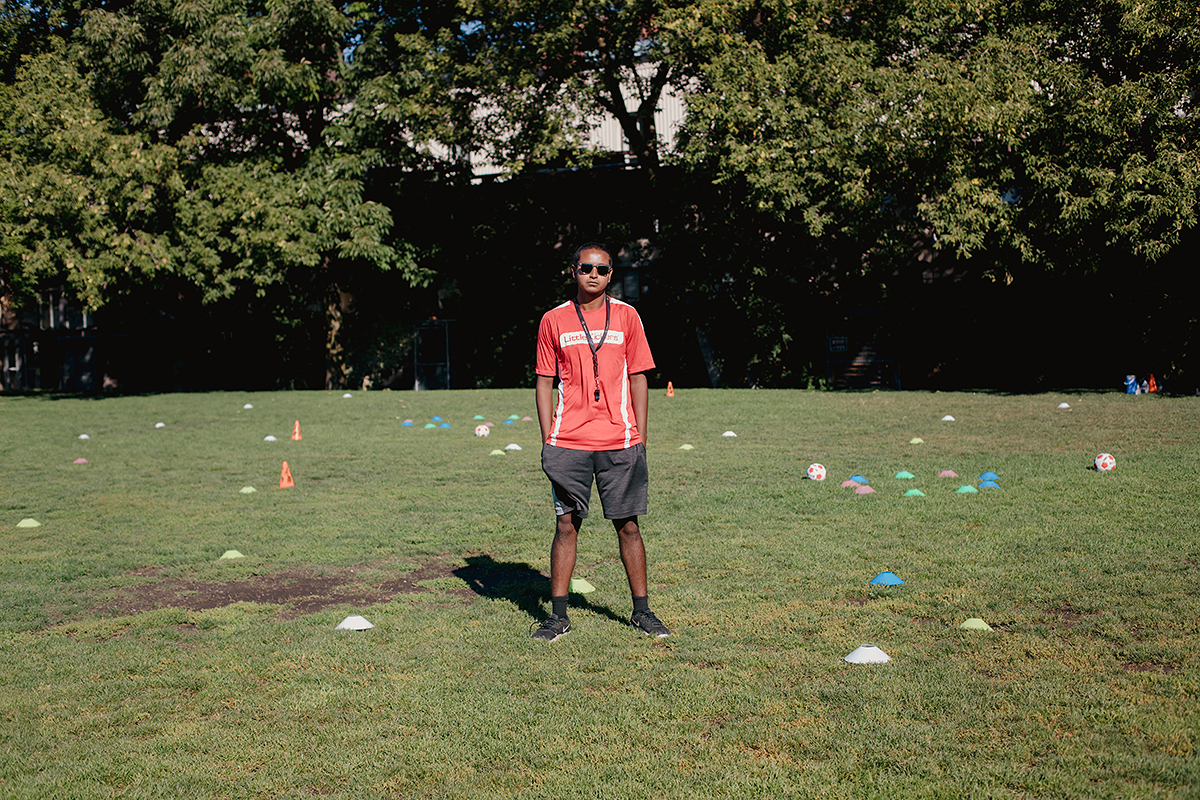 9:48 a.m. The Little Kickers program would usually have 15 kids playing at once, but due to COVID-19 it hosts only four participants at once. Instructor Zachary waits for a young participant to arrive on the last day of summer camp. 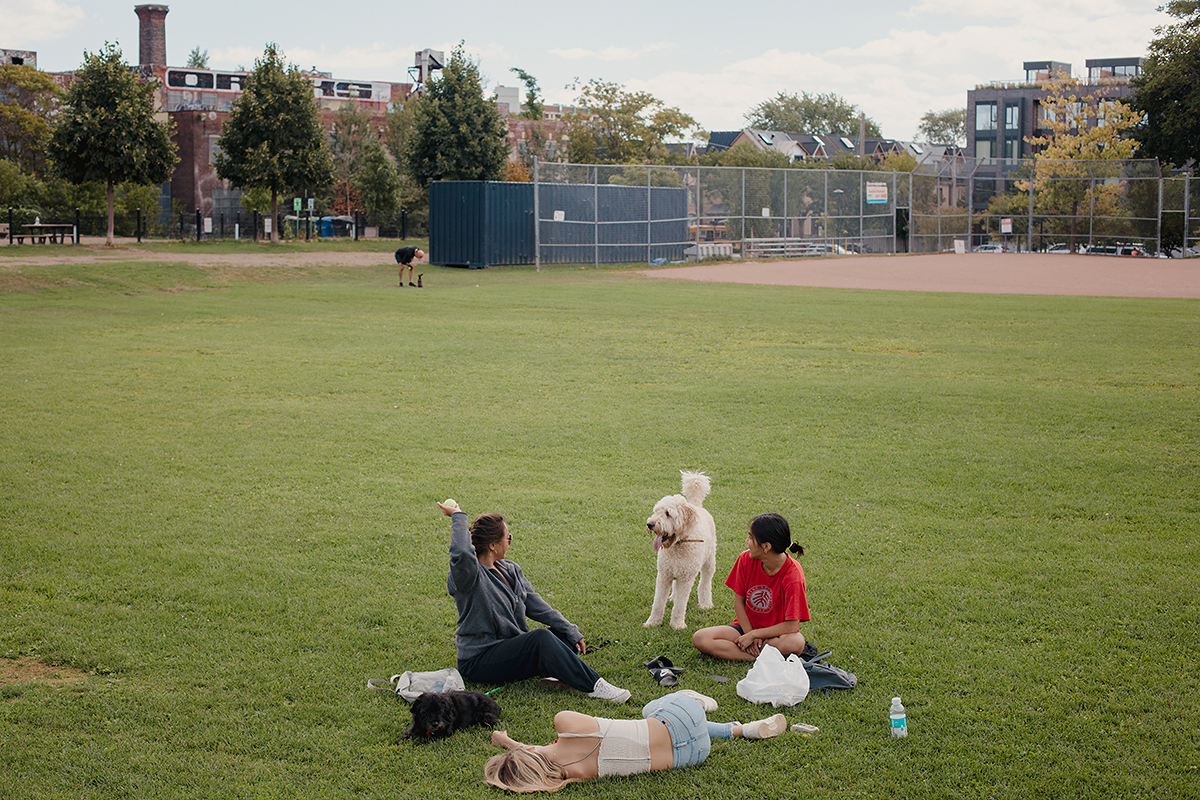 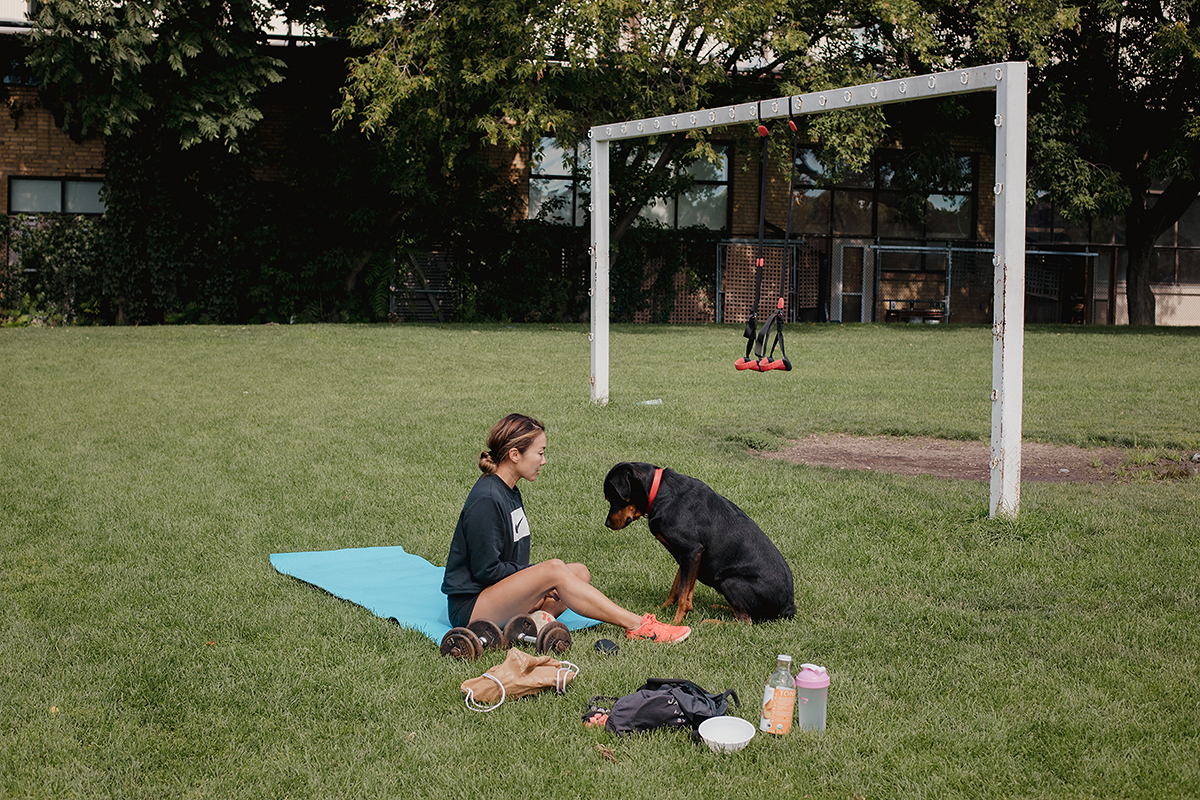 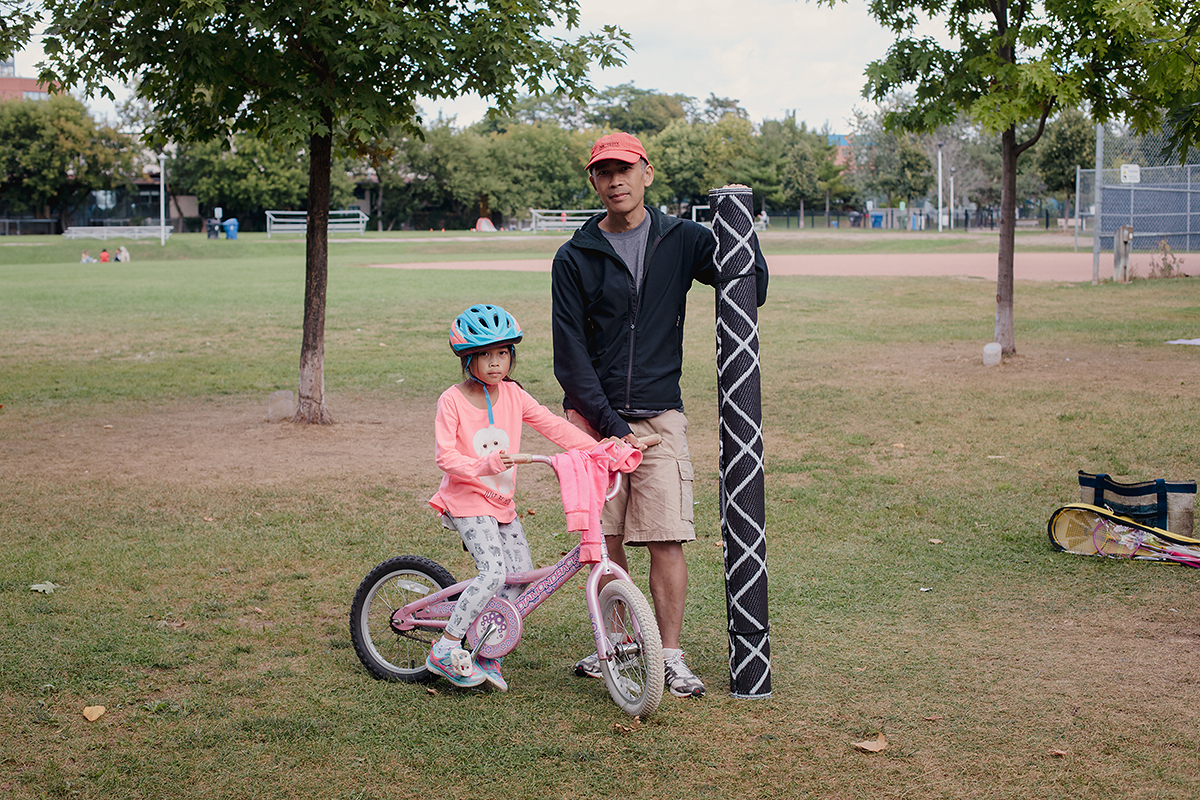 12:23 p.m. Bernard comes to Sorauren Park so his daughter can meet up with her friends and ride her bike along the park’s circular path. “I like that I can see the entire path and I can keep an eye on them,” he says. 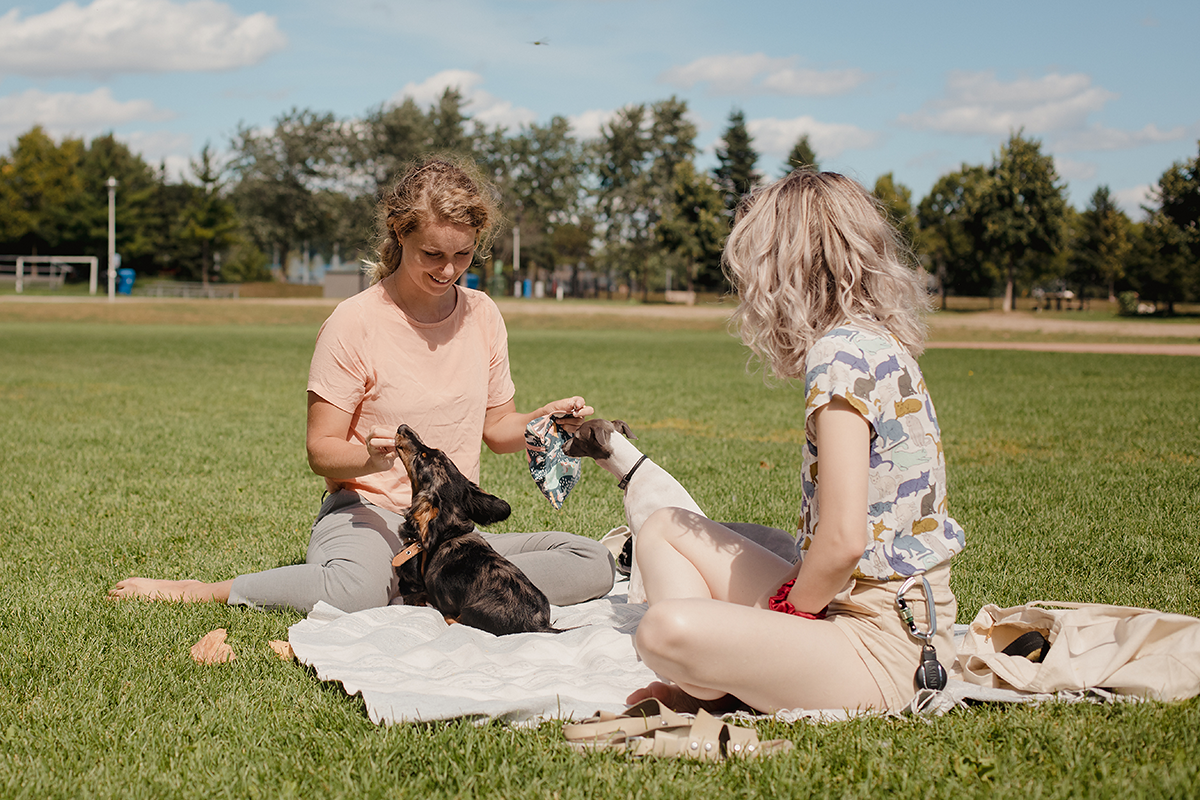 2:27 p.m. Shauna (left) and Daria meet at the park, located halfway between their respective homes, to hang out with their new dogs. “They’re both pandemic pups,” says Daria. 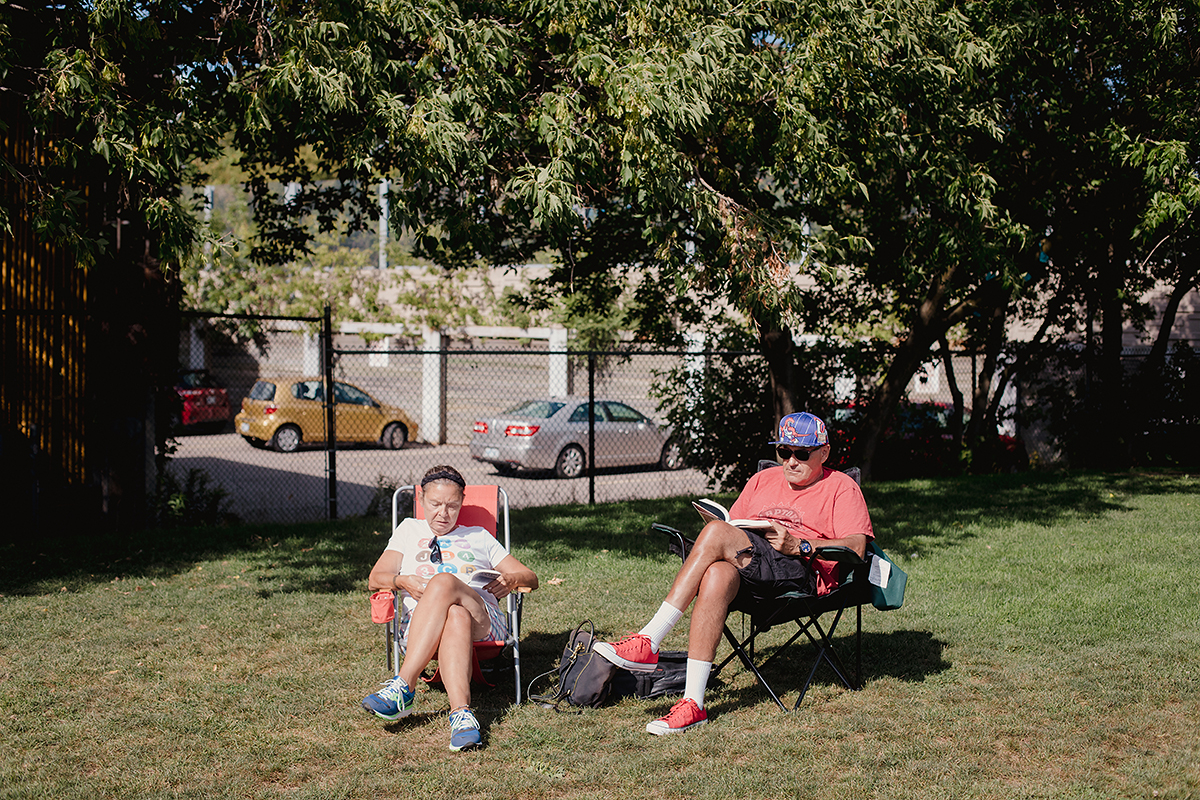 3:53 p.m. “It’s my zen,” says Kathy, who has come to Sorauren Park with her husband, Adrian, every day since the pandemic began. “We moved into the neighbourhood 20-some-years-ago but it’s only during the pandemic that we’ve spoken to many of our neighbours,” Kathy says, pointing to time at the park as a reason to say hello to people. 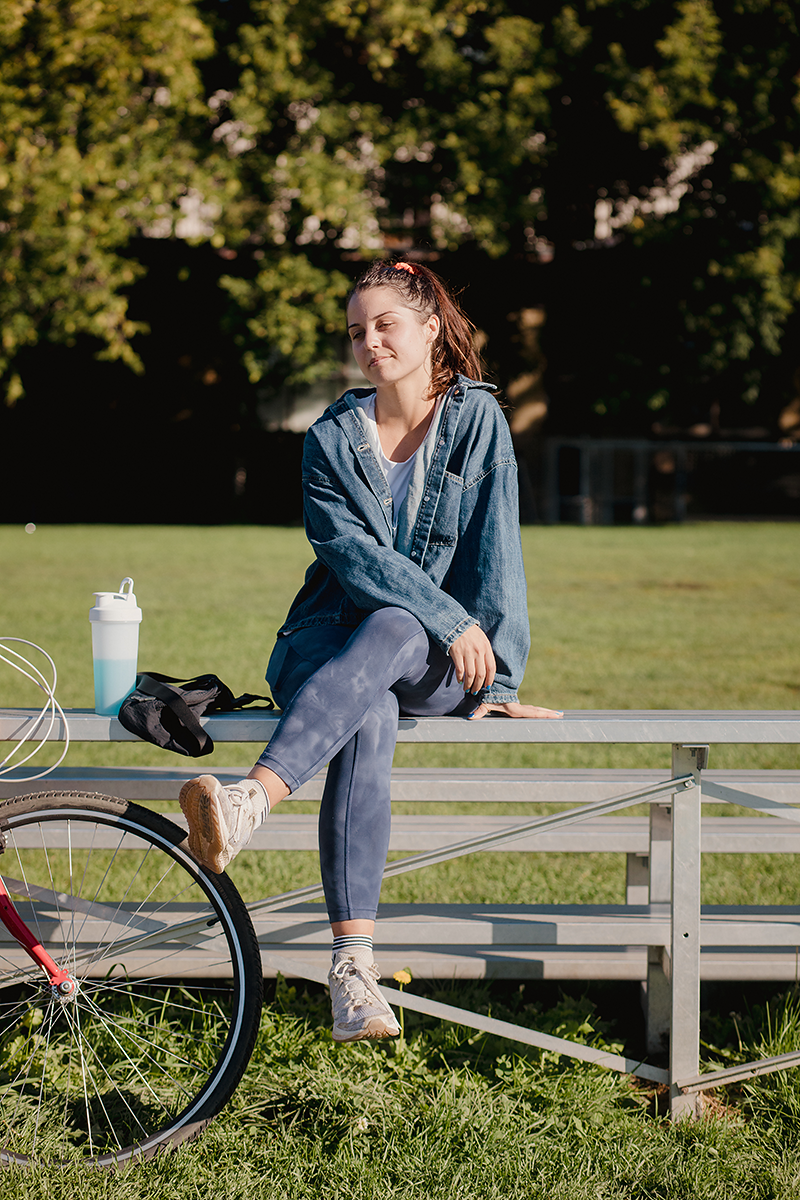 9:17 a.m. “I think this could really change how we view outdoor space,” says Eliza, after a morning workout nearby. “A big way I used to spend my summer was going to concerts and festivals. Now it truly is just parks, but it doesn’t feel like anything’s missing. It feels like how we’re supposed to spend our summers.” 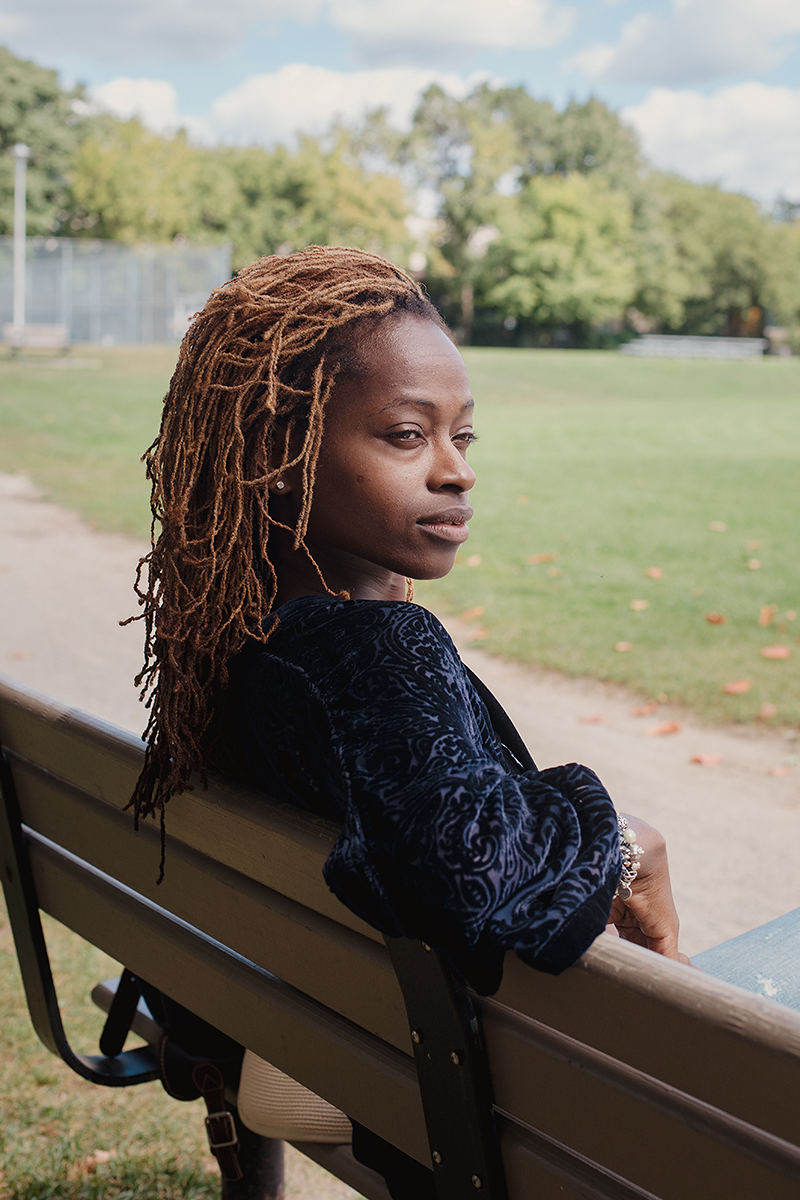 12:16 p.m. If it weren’t for the pandemic, early childhood educator Melissa would be spending her lunch break at a café. “I probably wouldn’t even be working in a park,” she says. “I’d probably be in a childcare facility.” Anderson leads a learning pod for a group of families in outdoors spaces such as parks, playgrounds, and clients’ backyards. 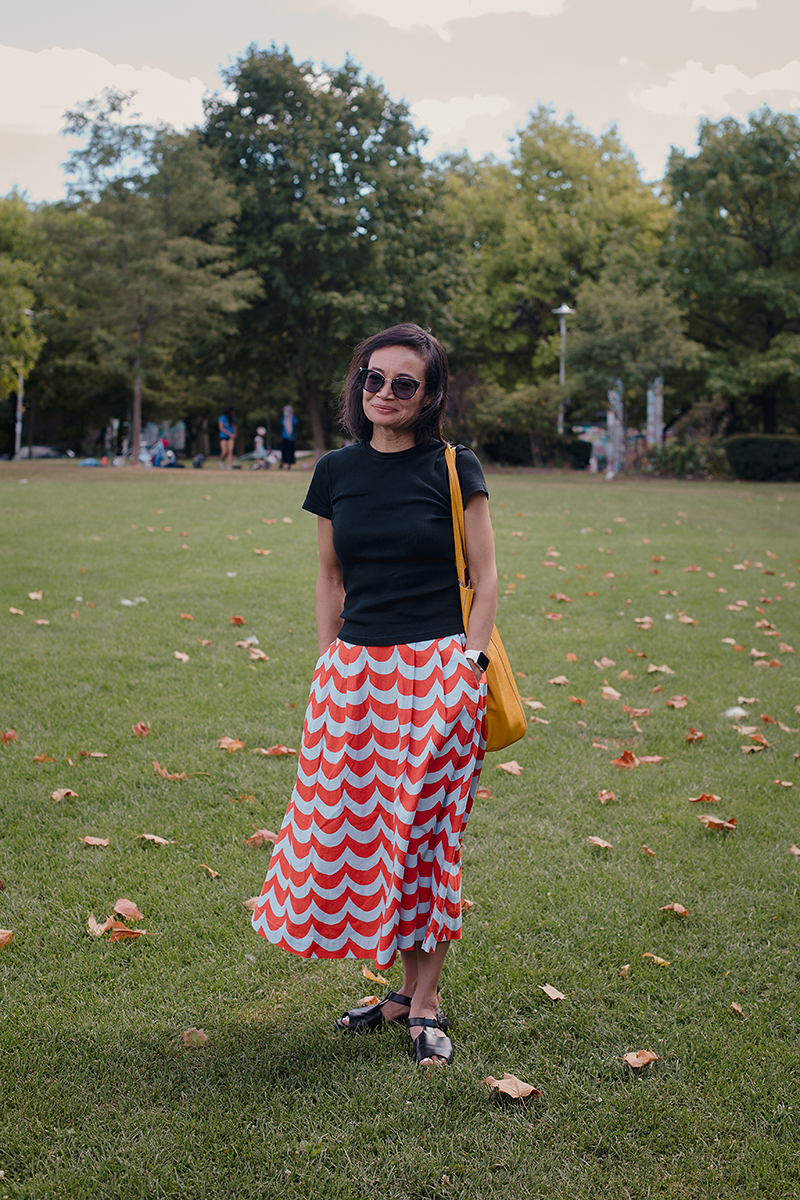 2:21 p.m. “We have a class structure that really relies on people having a home,” says Natalie, as she waits for a former student to meet her in the park. “What is coming out of this is reevaluating how we share public spaces. We get to rethink our investment in the common good.” 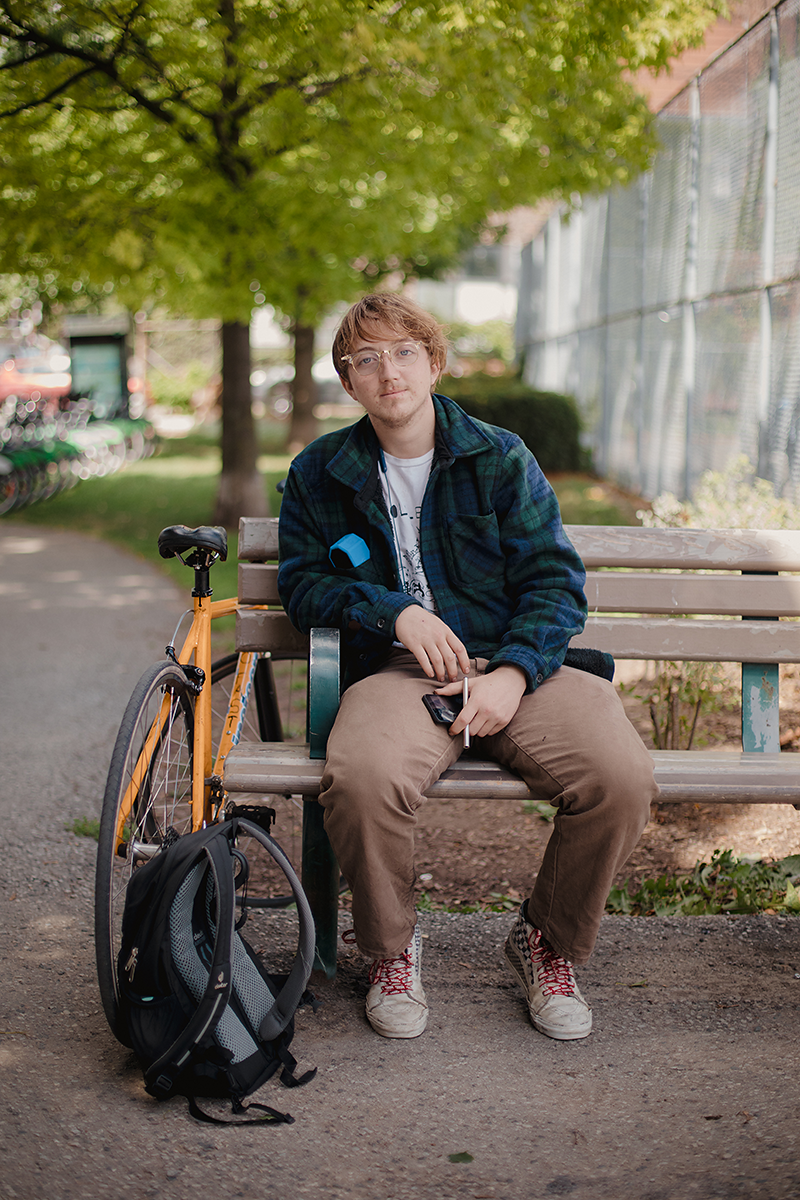 1:06 p.m. “The park has been an escape.” says Matt, who lives in a crowded apartment with four friends. “It replaces school as the social meeting grounds. It gives me breathing room outside of the confinement.” 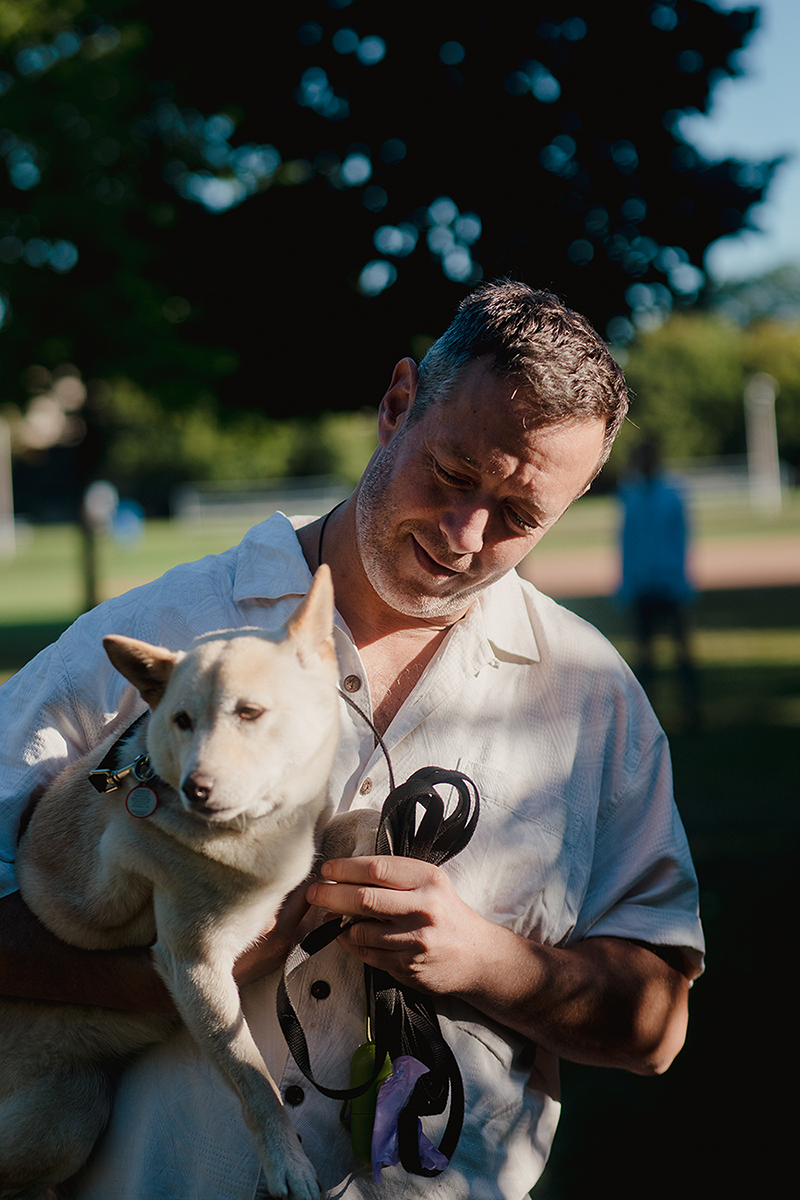 8:31 a.m. “The time I enjoy the park most is at night, you can hear people’s conversations,” says Randall on a morning walk. “It’s comforting.” 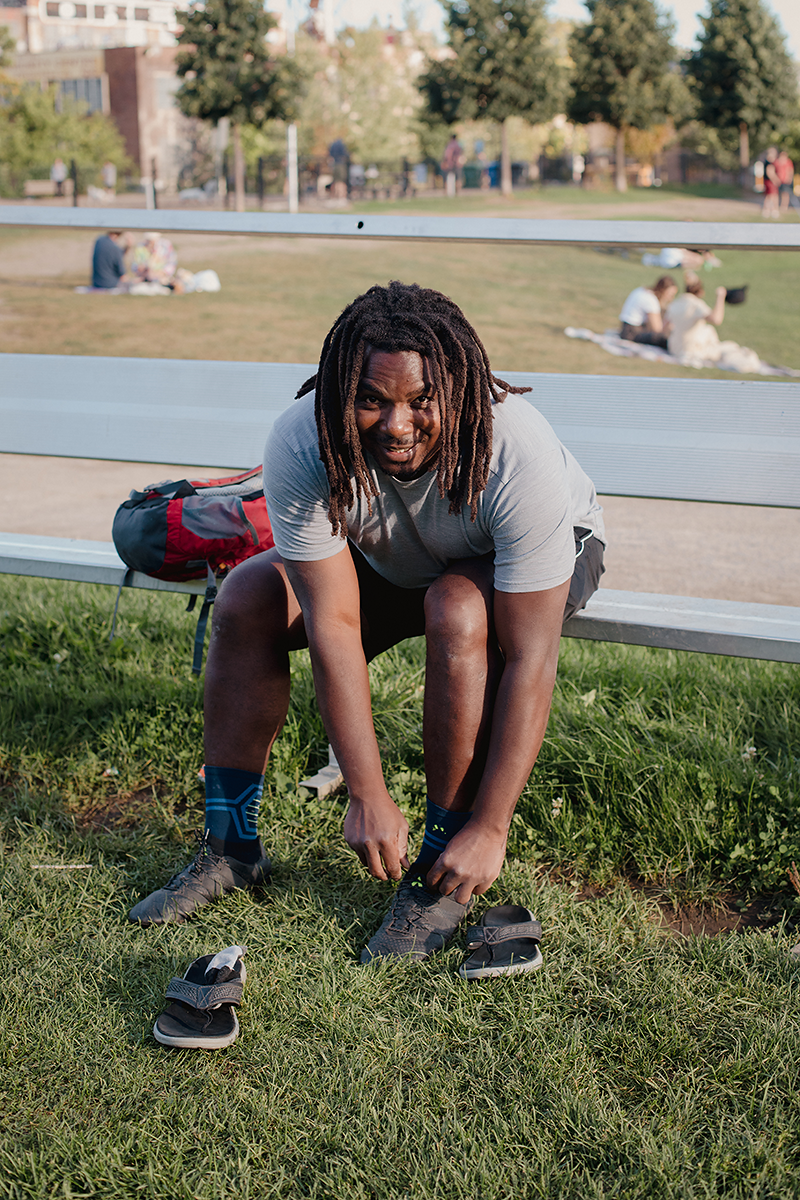 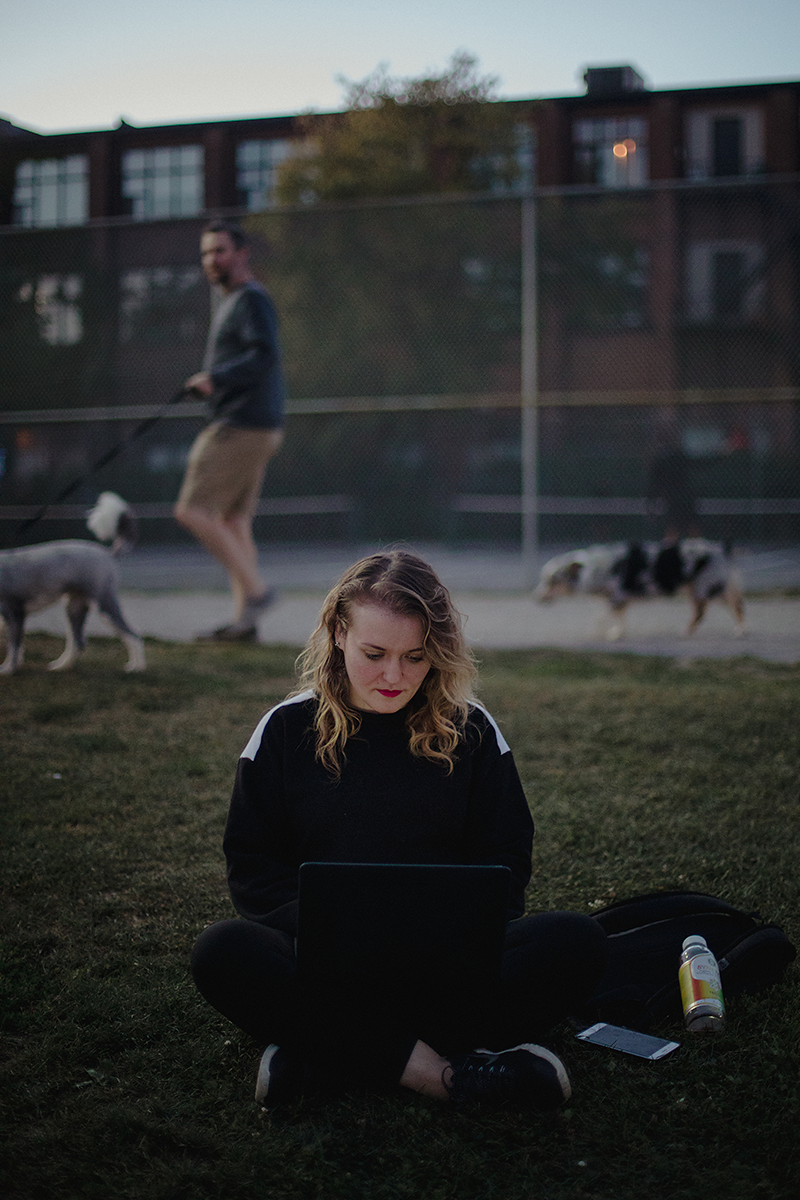 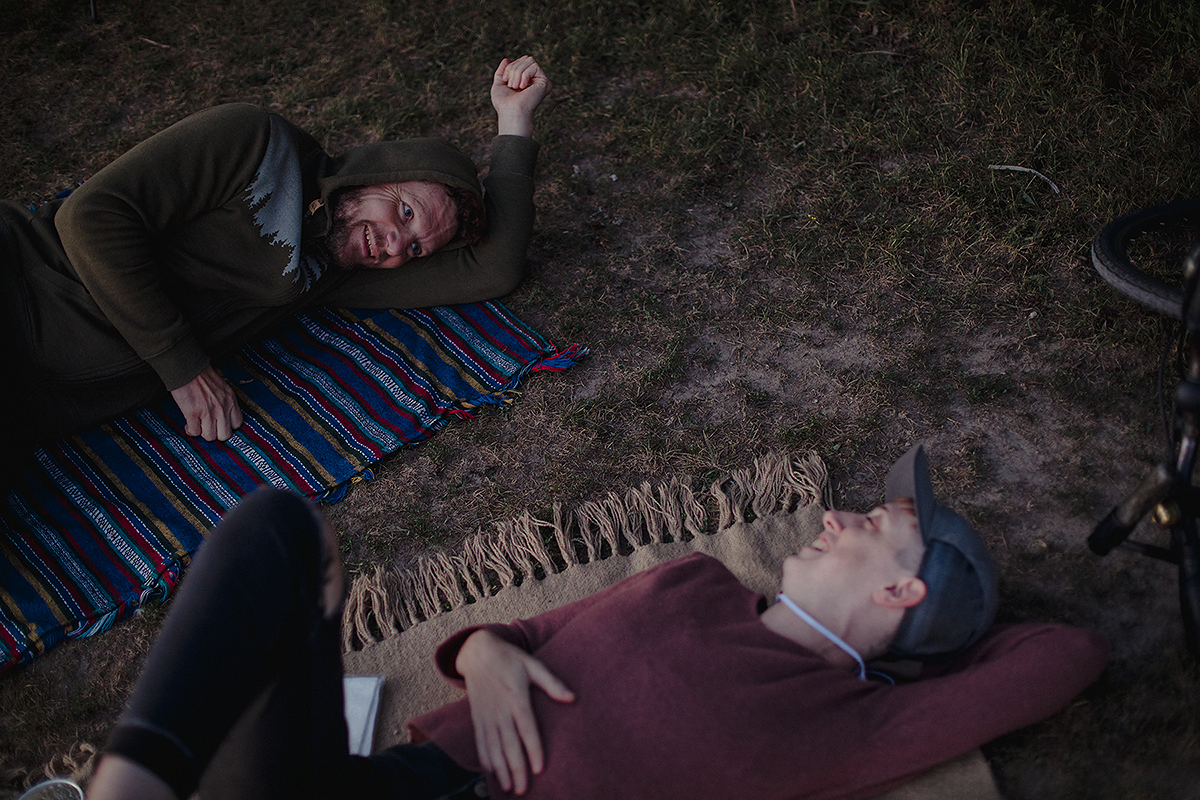 8:04 p.m.“We meet here every three weeks or so and have a two-hour chat,” says Petr (left). “Because of the pandemic, the park is a natural choice,” says Heather. 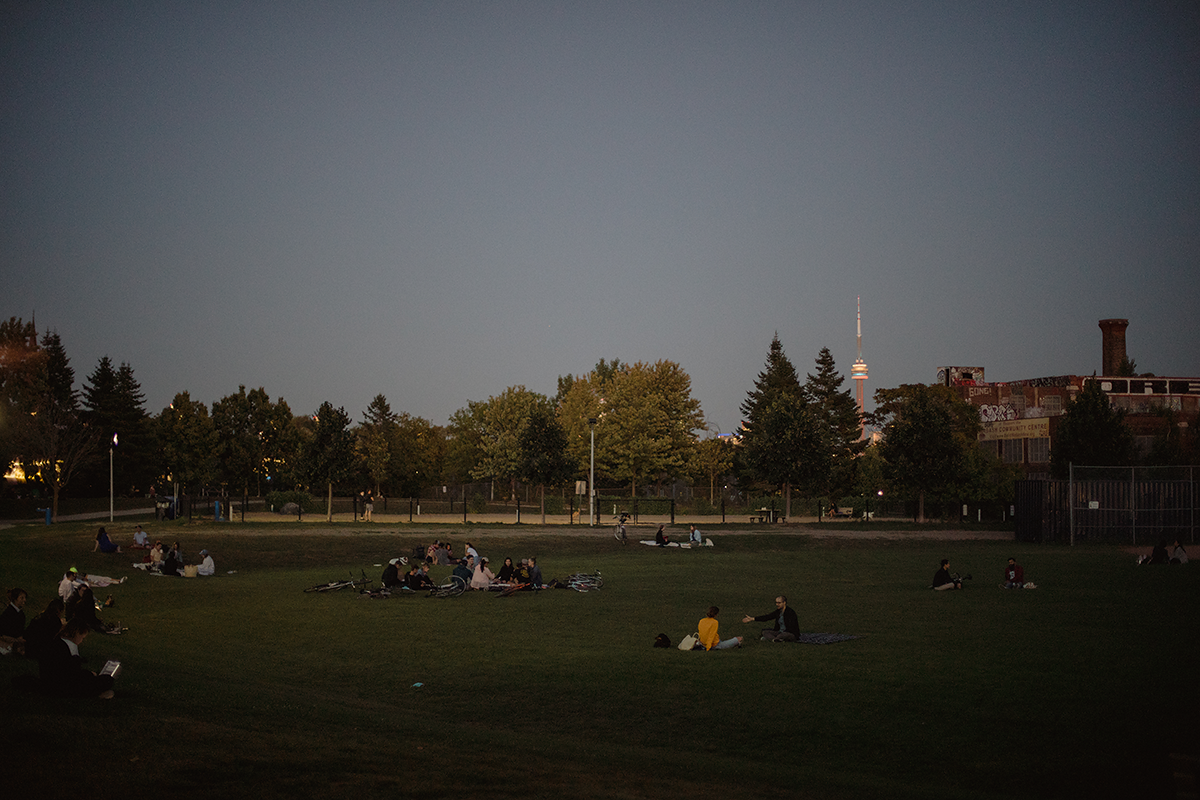