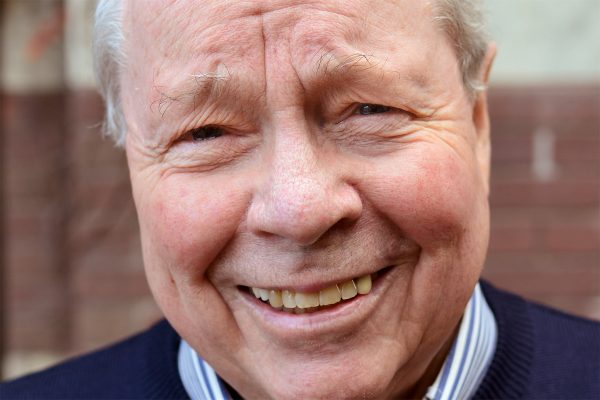 Of course, the Ford government responded with misdirection and a bit of money.

In the wake of David Crombie’s weekend resignation from the Greenbelt Council, followed by the rest of its members, Premier Doug Ford and his chief municipal flack, Steve Clark, sought to deflect the former mayor’s sharp criticism (“high level bombing”) of the Tories’ sneaky bid to undermine conservation authorities’ ability to protect watersheds from encroaching development.

Look, here’s some money for wetlands! And: It was all Crombie’s fault for not coming up with a solution… mumble mumble mumble….

Much has been said about the significance of Crombie’s gesture. He’s long been seen, correctly, as an ‘art-of-the-possible’ kind of politician, someone who has an instinct for finding the middle ground, and also a public figure, rare in these times, who prefers not to lob rhetorical grenades. Indeed, since the first time I interviewed him, at a food court in Queen’s Quay Terminal in the late 1980s, I don’t think I’ve ever once heard him make a sour or snide remark about anyone else in public life.

His decision to throw down the gauntlet invites us to connect many dots, linking a long-ago storm, harbourfront speculation scandals, and the provincial government’s failure to equip long-term care homes with the resources they need in a crisis.

The through-line is about the importance of looking upstream.

As I’m sure the majority of Ford’s cabinet neither knows nor cares, Ontario’s conservation authorities trace their roots to Hurricane Hazel, the devastating 1954 storm that triggered flood surges along the Humber River and Etobicoke Creek, killing 81 people and leaving thousands homeless.

That natural disaster prompted Queen’s Park to enact sweeping flood plain protection rules that evolved into a network of conservation authorities with the mandate to manage watersheds as a means of preventing future floods. Ontario, in fact, was known internationally for its progressive approach, which recognized that the relevant locus of flood protection planning is the entire watershed that feeds river systems, such as those that run through Greater Toronto and on into Lake Ontario.

This all played out 15 years before Crombie and his reformers arrived at city hall, and it’s worth noting that much of his municipal (and subsequent federal) career was devoted to issues that had little to do with watersheds.

But after a series of land speculation scandals around Harbourfront in the mid-1980s, Crombie found himself heading a royal commission and then a trust devoted to reconnecting the city and its heavily polluted lakefront. Those intensive examinations led to a civic a-ha moment that revisited the lesson of Hurricane Hazel. Lake Ontario is a filthy mess, Crombie stressed, because we’ve degraded the watersheds feeding the seven rivers that drain into the GTA’s waterfront.

All this led to two Olympic bids, the establishment of Waterfront Toronto, ravine re-naturalization campaigns, municipal projects like the Wet Weather Flow Master Plan, new flood protection mega-projects around the mouth of the Don, and on and on. It’s all about tethering upstream to downstream, individual neighbourhoods to a collective lakeshore, nature to city. Most importantly, these decisions, in the aggregate, can be read as an exercise in institutionalized and sustained foresight — a set of civic-minded choices that allow us to recognize that prevention now leads to public goods later.

So no one should be surprised that Crombie, someone who has been intimately involved with the waterfront and watersheds for 35 years, drew a red line at conservation authorities, which represent the policy bedrock beneath so much that has accrued over the three generations since Hazel inundated central Etobicoke.

There’s also a clear philosophical link between sound conservation policy and public health. Both involve rules and investments that consider risk, and the likelihood of future disaster. Many politicians have real difficulty with this kind of thinking. The spending and policy-making is designed to avert, so the political dividends are abstract. It’s hard to campaign about something that didn’t happen.

Before the pandemic, and indeed back to Rob Ford’s term as mayor, the premier has repeatedly demonstrated that he doesn’t understand public health. Sure, through COVID-19, he’s had to learn, and can now make the right noises, and even front decisions that seem appropriately responsive.

But the disaster in the long-term care sector is in part about a failure of imagination. The Tories’ outlook prizes short-term financial efficiencies over long-term risk mitigation, which requires both resources and a willingness to prepare for worst-case scenarios. No one should be shocked that the same crowd that slashed public health and community care budgets pre-pandemic are also incapable of recognizing the preventative role played by conservation authorities, which could be seen as public health agencies tasked with protecting the region’s ecosystem.

In the months to come, as politicians of all stripes will be bloviating about “building back better,” Crombie’s principled resignation serves as a timely reminder about what the pandemic should have taught us: that life-saving systems fail when our governments ignore what’s happening at the remote edges of the watershed.