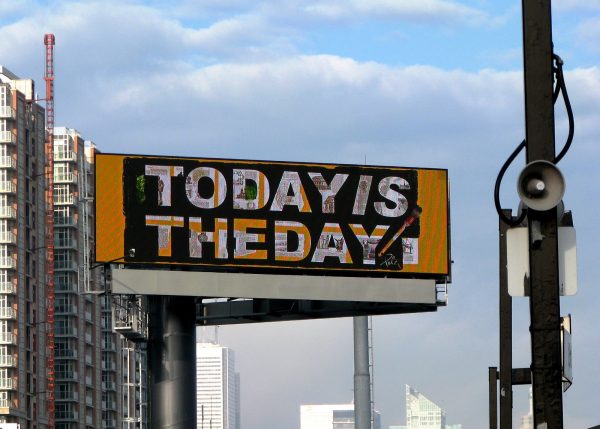 Exactly fifteen years ago this week, I received this short and uplifting e-mail from Toronto city staff:

Hi Dave,
We have researched these two [billboards] and we have no records of any permits. I have issued a notice to the owner to either obtain a permit or remove the signs. I will keep you updated you as to the progress of these signs.

This concise confession was, I thought, the final step in my efforts to clear some corporate clutter from a greenspace in my neighbourhood.  Shortly after, I was told that “Our contractor is in the process of having the signs removed….. This should happen today or tomorrow at the latest.”

Yet 5,479 days later, the illegal billboards are still there.

I recently wrote on Twitter that “The success of the billboard industry’s goal to mark public space as their own territory can be used as a litmus test for any city, in determining who’s in control: citizens or lobbyists. In Toronto, the answer is lobbyists.”

Nowhere is this more clear than these two illegal signs at Bathurst and Davenport, adjacent to The Tollkeeper’s Park.  City staff know there are no permits, but they seem unable to enforce their own bylaw.

But as disappointing as this journey has been so far, I’m no quitter.  My 30 years as a community advocate has taught me two things:

In other words, persistence is the key ingredient required in this game.

The billboard companies who want to spread their ad-creep into every corner of our neighbourhoods and parks have an upper-hand.  They can afford to pay full-time lobbyists to get the rules bent in their favour, secure exemptions from any rules that stand in their way, and obstruct city staff who are trying to enforce our bylaws.

But we have a few things they don’t have: public opinion, karma, and volunteer passion.

2021 is our year.  The “illegal billboard” drama has gone on for too long in Toronto and it’s time to reclaim the commons.  The Toronto Public Space Committee has launched a new offensive, targeting not only the Tollkeepers signs, but fifteen other locations.

Some of them are Window-Blockers: 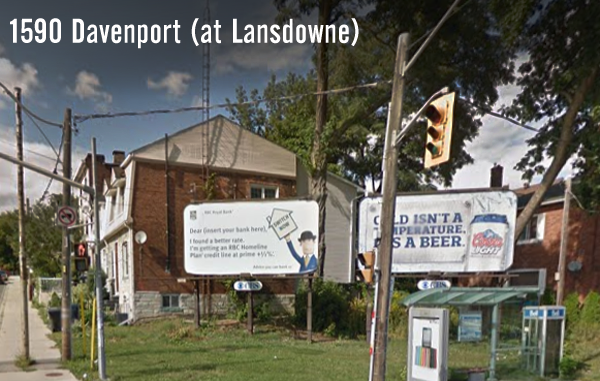 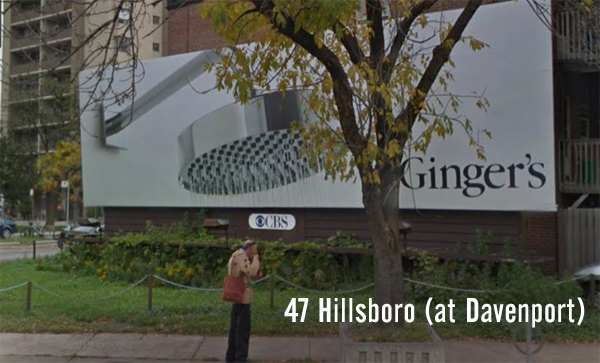 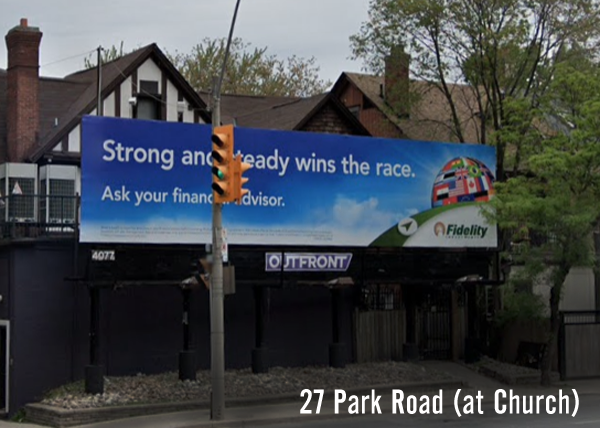 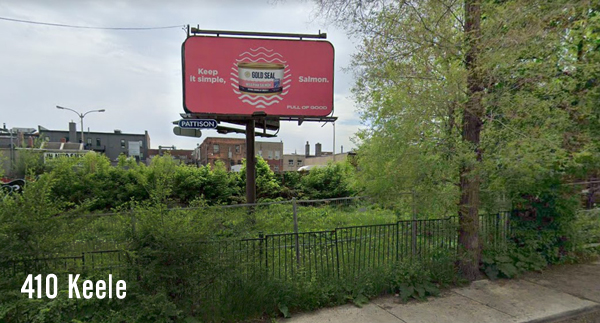 And some Random Greenspace Weeds: 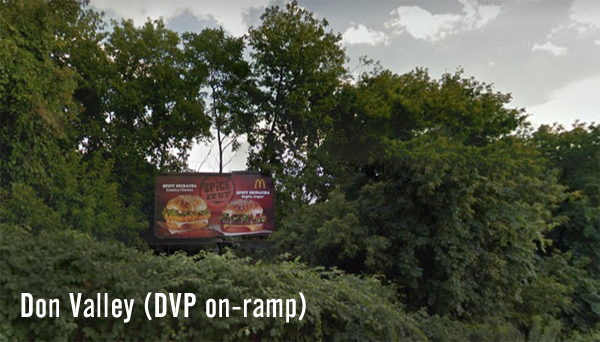 This kind of work is never easy. Municipal bureaucracy seems designed to scare aware ordinary citizens who try to get involved.  We had to file a Freedom of Information Request, just to get access to a spreadsheet showing which billboards in Toronto have permits and which don’t. This should be public information, and easily available through the city’s so-called “Open Data” program.  Instead, we had to pay a fee, fill out a form, wait a few weeks, then pay another fee to cover the shipping cost for a USB stick to be mailed to my house.  Every part of that, is absurd.

According to records we’ve now secured from the City, more than 750 billboards in the city don’t seem to have any permits. But even the locations that do have permits might be illegal.  For example, a billboard company might have a permit from 1955 to install a small wooden sign, but now they’ve installed an giant electronic video screen.  The location “has a permit”, but the sign is illegal.  The only way to determine this, is to look at the details of each permit.  But the City is charging us $70 to look at the details. $70 per permit! Considering there are more than two thousand permits that need to be looked at, we’re talking about an upfront cost of $140K, just to look at public documents.

Despite these ridiculous obstacles placed in our way, I’m feeling quite optimistic. There are three recent developments in particular that are boosting our momentum, and strengthening our campaign:

First, Toronto filmmakers Cat Mills and Felicity Justrobo have secured funding from Al-Jazeera to produce a documentary film about the Toronto Public Space Committee’s campaign to liberate our public spaces from corporate ad-creep. I’m so excited about this, because we need more ways to teach civic literacy and advocacy skills, and this could be a perfect tool to recruit and train new campaigners. 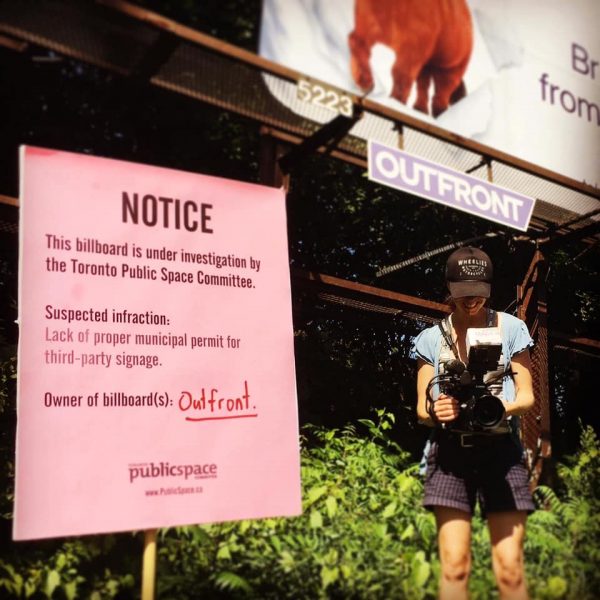 Second, we have a new secret weapon: my 11-year old niece Elica. She recently met with Councillor Josh Matlow to discuss the Tollkeeper billboards. She’s taking the lead on that location, since she lives two blocks away. She’s not a voter yet, but Councillor Matlow would be taking a risk if he chose to underestimate her wrath. 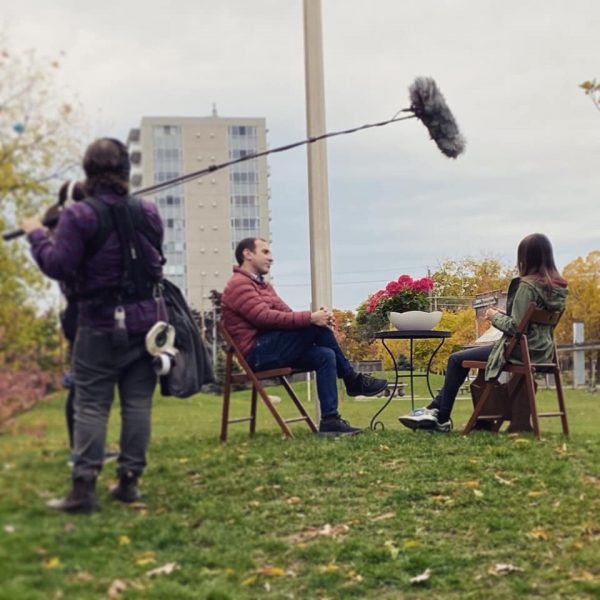 Lastly, Montreal is leading the way!  Just a few months ago, following many years of legal battles, the local Borough Council of Plateau Mont Royal succeeded in getting every single corporate billboard in their district physically removed. 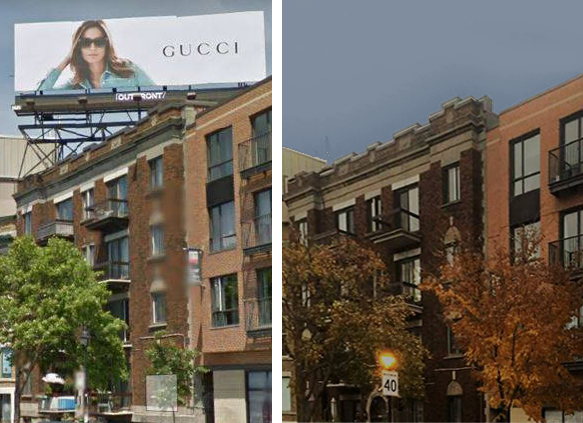 In my book, Teardown, I talk about the two phases of reclaiming the visual environment in our public spaces: “Clearing the Clutter,” and then re-imagining what we can do with the “Concrete Canvas.” In other words, getting rid of illegal billboards (or in Montreal’s case, all billboards) is just the first step. The goal isn’t to create a sterile public realm, void of expression. Rather, our streets, alleys and parks provide an endless opportunity for neighbourhood-led art projects, community information-sharing, and interactive experiments. Elica reminded Councillor Matlow of this opportunity, by proposing that the two signs at the Tollkeeper’s Park could be handed over to her school across the street, to display students’ art! She even provided him with three examples of her own art, as they would look pasted up larger-than-life on the Bathurst billboards. 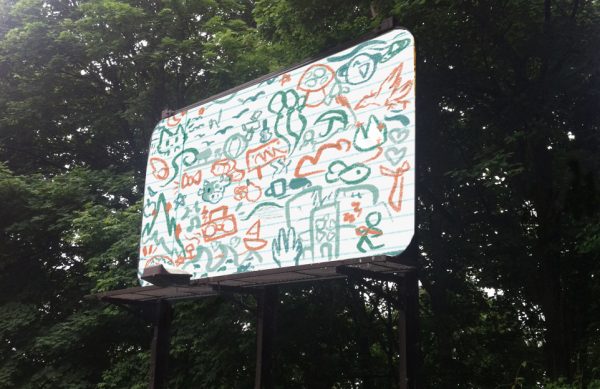 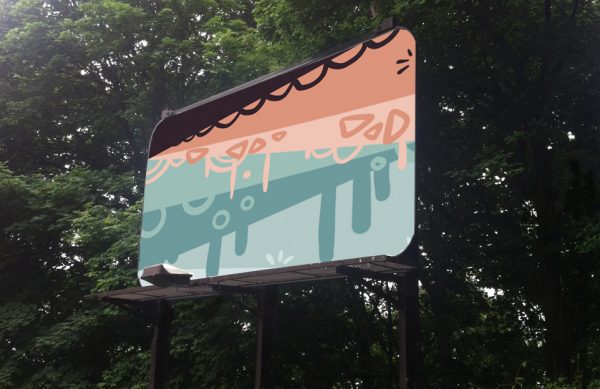 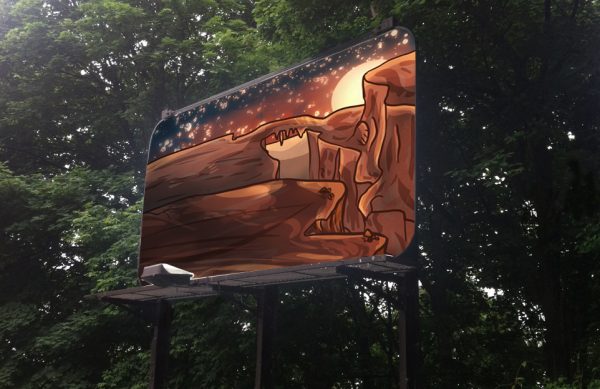 Community art reminds us who we are, and makes each neighbourhood unique. While every commercial billboard is a hollow attempt to commercialise your mental attention, each example of local art is a small burst of humanity.

This particular journey began fifteen years ago. But it ends in 2021. Get involved!