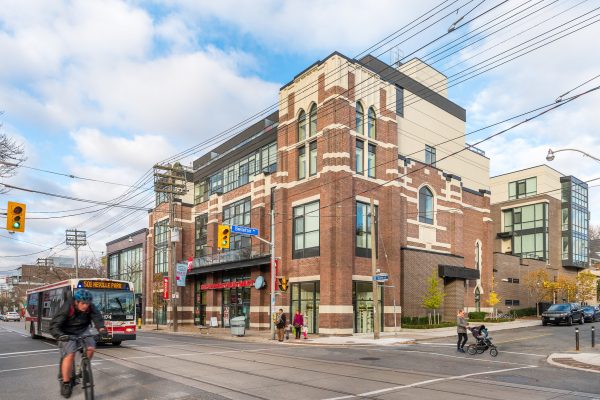 The year 2021 comes with high expectations, expectations to get back to the work we started pre-COVID and to build back stronger when it’s over.

In addition to our continued fight against COVID, this year has to be the year of the missing middle. Despite the pandemic shifting how and where we live, Toronto continues to grow at a rapid pace. If we want this city to continue being a place of growth and opportunity, we have to introduce more housing stock and more housing choice. At the moment, we just don’t have many options outside of the million-dollar home or the small starter condo.

The Missing Middle is about bringing housing options in between: physically, through forms like duplexes, triplexes, or a four-storey apartment, or in between in terms of affordability. The latest update on the Beaches-East York Pilot released this week will help that missing middle vision become reality.

Last year Council adopted an Expanding Neighbourhood Housing Options workplan that charted a path to tackling the missing middle question comprehensively.  Impressively and importantly, it advanced despite the pandemic, speaking to just how central this work is to our city.

That report generated strong reactions on both sides of the issue. Too far reaching for some, not bold enough for others. Either way, the fact is the missing middle isn’t going to be found through any one report. It’s going to take deep engagement and, specifically, participation from new voices to generate the political will to move the needle.

While we don’t have new Official Plan chapters and bylaw chapters on the Council agenda, the work has started on a new template for housing in our neighbourhoods.  Throughout 2021, I’ll be working with City divisions and development partners on a pilot development in Beaches-East York to bring us closer to the planning changes we need.

We’ll be setting out this spring to find a city-owned site and the right partners for the project. From there, the work will be to go through every step of the development process, from design to construction. This Pilot is about accomplishing two key tasks. One, building housing that meets the Missing Middle typology while aiming to incorporate the affordability and sustainability elements Toronto needs. Two, through undertaking that development process, to identify the execution issues so we can bring forward the policy corrections that’ll make what we achieve in the Pilot build replicable across the city.

Pilot programs — especially ones with names ending in “TO” —  have become a punchline for urbanist-policy humour in the city. Not all pilot projects are built equally. This one is about advancing policy priorities off the page and directly into our neighbourhoods, through the literal and tangible process of developing a site.

Changing land use and built form in our neighbourhoods won’t happen without helping people understand the look and feel of missing middle housing at the ground level. Consultations on technical policy language won’t get us the engagement or the understanding we need to make this kind of change. We can build better conversations and policy tools out from there.

There is a policy paintbrush that would set out sweeping, unilateral zoning changes across all areas of the city. But when we bluntly impose changes, we lose momentum and support. We risk making a conversation binary, shutting down opportunities for productive iteration.

My vision of good local politics is one where dialogue drives policy change through a community-led process. Trying to do so without the right tools behind you, however, is like carrying a paintbrush into battle.

I’m personally ready for Missing Middle housing to be here — but not everyone is yet. The update report released this week sets us up to get to work in the year ahead. It sets out the technical case and shows us the facts. But just as important as the facts is the work of making people feel heard, and bringing them along.

That work is messy. At best it’s painstaking, at worst it can be infuriating. But if we’re going to make 2021 the year of missing middle, it’s going to take everyone with an interest in an issue to go above and beyond.

So this is really an invitation to all of you: to get involved, to make a deputation to the Planning and Housing Committee, to write to your elected officials, and most importantly, to have conversations with the people who might not be as invested (or even aware) of the missing middle.

There’s a long list of issues to tackle in the Pilot before we get new policies: zoning nuances, affordability, financial replicability, scoping the math on unit counts, improving the application process, to name a few.

Just like the families, first-time developers, nonprofits, and community groups who are attempting missing middle projects, I know we’ll face stumbling blocks along the way.

If we start now and start early we can shift the winds of the long-standing, well-documented vocal constituencies of Toronto planning. Or at least correct course to sail better along them.