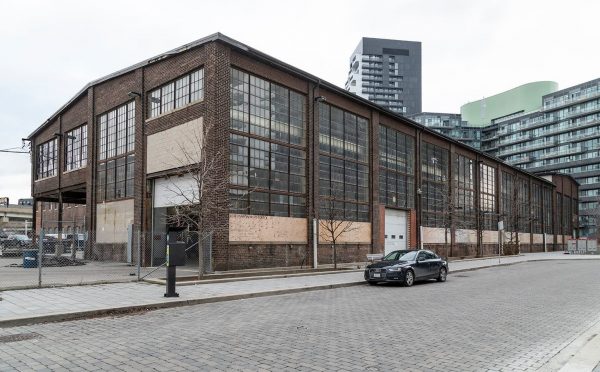 The judge who handed down a temporary injunction last week, halting the demolition of the historic Dominion Foundry in the West Donlands, was withering in his assessment of the provincial government’s actions.

Either Queen’s Park or someone acting on the government’s behalf “has made some serious mistakes here,” Justice D.L. Corbett wrote in the Jan. 29 ruling. “It appears clear that the demolition began in contravention of the Ontario Heritage Act, and in breach of Ontario’s obligations under a subdivision agreement [with] the City of Toronto.”

Strong words, but the true test will be the outcome of the full hearing, scheduled for late February. What will be at issue is the Ford government’s practice of deploying minister’s zoning orders (MZO) — the IEDs of Ontario planning law — as a means of muscling through the inconvenient thicket of local decision-making. The foundry mess occurred because of an MZO issued last year for the West Donlands.

No one should lull themselves into believing that even court-ordered protection of the Dominion site, if it comes, will sate the Tories’ appetite for MZOs.

Case in point: Queen’s Park, from mid-December to late January, was soliciting feedback on a proposed expansion of the rules governing the use of MZOs. The public comment period ended one day after the foundry injunction ruling.

The proposed “enhanced” MZO powers, according to a notification on the Environmental Registry of Ontario, would allow the minister to:

While the consultation document claims the new powers won’t apply on the Greenbelt lands, it’s remarkable to observe that the minister now wants the authority to dictate the intensely local choices that come up during the site plan approval process, which deals with issues such as building design, access and servicing, waste storage, parking, loading and landscaping. Landscaping!

Surely the provincial minister of municipal affairs and housing (Steve Clark, for now) has more substantial tasks on his daily to-do list besides weighing in on the selection of pavers around some condo tower.

The timing doesn’t seem accidental. Just weeks before the Tories proposed this amendment, a coalition of environmental groups sued the province, alleging an unlawful use of MZOs to allow for development on a provincially significant wetland near the mouth of Duffins Creek, in Durham Region. In its statement, Ecojustice noted that Queen’s Park has issued 30 MZOs in 2020 to fast-track development.

These, of course, came on top of legislative changes that gutted the planning jurisdiction of conservation authorities – the notorious Schedule 6 — and replaced them in early December, according to the Canadian Environmental Law Association, with “amendments (which came immediately into force) [requiring] that conservation authorities issue authorizations associated with Minister’s Zoning Orders, regardless of whether doing so goes against their provincially-delegated responsibilities to protect people and property from natural hazards.”

The upshot is a relentless and strategic expansion of the minister’s power to micro-manage land use planning in Ontario and make ever more forceful incursions into the world of municipal or regional governance.

These moves can be read as a major, and possibly historic, redrawing of the regulatory and political dynamics between Queen’s Park and local government.

For decades, provincial regimes were conspicuously sparing in their use of MZOs. The number issued could be counted on the fingers of two hands. The Mike Harris Tories reached, contentiously, for MZOs on a casino project and later a proposed subdivision on the Oak Ridges Moraine that produced so much political blowback in the 905 that it made a significant dent in their electoral base.

In 2007, the City of Toronto tried to convince Dalton McGuinty’s Liberals to detonate an MZO to stop high-density development in the Queen West triangle, but the province wouldn’t bite. In few other cases, MZOs were used to block quarries or approve large-scale projects, such as Woodbine Live and a massive Canadian Tire distribution centre in Caledon that also generated a high degree of political fall-out.

The power was seldom used in part because aggrieved property owners could always go to the Ontario Municipal Board. But there was also a sense that MZOs were intended for exceptional circumstances. To normalize their use was to chip away at the principles of local democracy and municipal autonomy, which are already fairly circumscribed in Ontario.

Once Queen’s Park starts issuing them like parking tickets, they’re effectively acknowledging that all the legislative tools that govern land use will be subordinate to the black box of ministerial discretion.

Toronto’s planning department weighed in on the proposed changes, and the feedback is nuanced. The six-page document, signed by chief planner Gregg Lintern, states that MZOs are “an appropriate and valuable tool when used judiciously, in consultation with the affected municipality [emphasis added].”

Lintern says, and I would agree, that MZOs can be helpful in promoting the development affordable housing, through mechanisms like inclusionary zoning bylaws. Indeed, two MZOs fast-tracked two modular supportive housing projects that recently opened and might otherwise have been caught up the mire of local opposition.

He also diplomatically calls out the Tories’ fabulist contention that the demolition of the foundry was to create more affordable housing on the West Donlands when in fact the MZO that started this whole mess included no such requirements.

Indeed, Lintern points out that the intense push-back over the foundry reads like a case study in how not to use MZOs. “Removing the city from the zoning approval and potentially the site plan control can reverse years of progress made in implementing master plans to achieve complete communities,” he writes. “It not only removes the municipality from the process but is unfair to other landowners who have worked cooperatively with the City to deliver a high quality built environment.”

Beyond all these regulatory subtleties, I’d say there’s a larger problem here. Queen’s Park already holds all the legislative and policy cards when it comes to land use planning, through the Provincial Policy Statement, the official plan approvals process, the appeal tribunals and so on. If the Tories truly want to advance land use planning objectives, like encouraging the development of more affordable housing or streamlining approvals, then they should shore up the relevant policies and regulations that achieve those goals and let the municipalities carry them out.

If, however, the goal is to actually plan by fiat informed by insider influence-peddling and partisan whim, then let’s be frank about what’s going on, which is enabling the wanton use of MZOs as a kind of Trojan Horse tasked with the systematic dismantling of local government.

The last generation of Tories to hold office – Doug Ford’s father’s crowd – tried an earlier version of this sleight of hand. History will confirm that it didn’t end especially well.