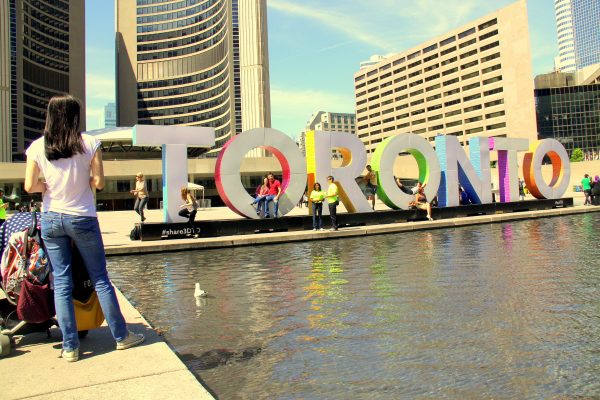 The debacle that was last week’s so-called debate over multi-tenant housing, which ended in a stalemate, was quite plainly evidence of a grievous failure of governance on the part of Toronto City Council.

Because, frankly, there’s a whole lot of evidence, and it has piled up for years, producing a roiling wake of harmful and regressive decision-making that is utterly incompatible with our claim to be Canada’s largest and wealthiest city.

I believe it is time to name what ails us: a governance and electoral system that has proven repeatedly to be incapable of delivering responsible policy-making to the residents of one of the planet’s most socially complex and diverse cities. Something’s got to give.

For decades, progressive and conservative Toronto agreed, in a highly theoretically sense, that “local democracy” has served the city well. The left aspired to more of it, as defined by Jane Jacobs, while the right was satisfied that it had the means to defend its supporters’ interests through bureaucratic instruments such as the official plan, the management of our car-oriented transportation infrastructure, and low property taxes. We congratulated ourselves for our fetish for incrementalism, that very central Canadian tendency to re-brand institutional Tory-ism as due diligence.

But I’d say it’s far past time to be honest with ourselves about this most sacred of cows.

Local democracy as practiced in Toronto is not merely broken. It has become part, if not all, of the problem.

That it took a global pandemic for this city to come face-to-face with the corrosive consequences of a failed governance model is a detail that should keep historians and political scientists busy for years to come.

There is a long laundry list of pre-pandemic governance failures — transit investment, public space investment, the relentless ratcheting open of social divides, the chronic underfunding of everything except the police, to name just a few. Council has been confronted by all of these issues over the years and has, in most cases, balked at doing the right thing or even the sufficient thing. We waste vast sums and then penny pinch on the items that make real differences in people’s lives.

When the economy was good, it was easy to get distracted or at least turn away. The pandemic, however, brought so much of what was just below the surface to the fore, which is perhaps a good thing — a glass-half-full consequence.

Housing is certainly the most consequential example. Council has for years failed to increase the supply of accessible, affordable housing, a screw-up that can only be described as a staggering abdication of its core duties. The regulations firmly embedded in our planning framework are tailor-made for investors, speculators, developers and the owners of detached homes, not newcomers or families of average means, much less those who struggle by on the margins of the labour force.

Then, with COVID, the crowded and inadequate housing so many Torontonians must settle for turned out to be not merely uncomfortable and substandard, but actively life-threatening. Homeowners, meanwhile, beavered away in their home offices, watching the value of their assets skyrocket, even as they mobilized to oppose even the most tentative efforts to enable more modestly priced housing. Today, fully three years after council approved Mayor John Tory’s Housing Now strategy, the City has yet to announce one successful proponent, much less break ground; the whole effort has been compromised and slowed to a crawl by the spectacle of kowtowing councillors who tremble as homeowners bray about parking lots.

To my mind, one of the most egregious governance failures was the City’s inability to fast-track affordable, unobtrusive, emergency modular supportive housing projects for homeless individuals without the intervention of the provincial cabinet, which had to carpet bomb us with MZOs to get the permits approved. A table stakes decision and we blew it.

Homeowners and residents’ associations have continued to muster their supporters and line up allies to undermine the most obvious sorts of intensification, not to mention the City’s garden suites proposal, which would allow the construction of small rear-yard dwellings (and will do nothing in the short or medium run to ameliorate the housing crisis). The NIMBYs go to the committee of adjustment to oppose duplexes and triplexes, warning ominously about the damage to neighbourhood “character,” whatever that is.

Then, last week, we watched the absurdity of suburban councillors stirring the pot about the ultimate of Chicken Little issues – the legalization and regulation of multi-tenant dwellings which have existed informally for years, their tenants chronically afraid of inspectors and fires. This was about homeowner rights, as deputy mayor Denzil Minnan-Wong memorably put it.

Minnan-Wong is a prime example of governance failure, though hardly an outlier. Eleven percent of the residents of his ward cast ballots for him in 2018. A significant majority of people who reside in Don Valley East live in apartments of five storeys or more. A larger proportion are low or moderate income compared to the city as a whole. As for housing tenure, 55% are tenants, some of whom live in very dense high rises. Minnan-Wong doesn’t represent or appear to care about the interests of the vast majority of his constituents. Yet he’s been in office since the early 1990s.

He is also the deputy mayor. In Canada’s parliamentary system, cabinet ministers agree to a Faustian bargain: they will support the prime minister or the premier’s agenda as a condition of being part of the privy council. Not, however, in Toronto. Here, the 2IC or the hand-picked committee chairs have free rein to roll the mayor, whose position on this particular file is as squishy as the sand on the western beaches after a heavy rain.

Tory, of course, talks endlessly about affordable housing and equity, but allows himself to be repeatedly held up by feather-bedders like Minnan-Wong and James Pasternak, in North York, or he simply refuses to whip his votes when the cards are down.

I would bet a thousand dollars that if Tory was asked to name the five Canadian politicians whom he has most admired in his life, former federal Progressive Conservative finance minister Michael Wilson would be on that list. Wilson, it should be remembered, pushed through the Goods and Services Tax in the early 1990s. No one ever wants more taxes, of course, and the structure and benefits of value-added taxes, as compared to what the GST replaced, were too subtle to explain by way of political rhetoric.

Yet he did the unpopular thing, with the backing of then prime minister Brian Mulroney, because imposing a value-added tax was the right decision, especially in a time of soaring deficits. Not a welcomed decision, but a responsible decision, and one that has continued to deliver billions of dollars in benefits, in the form of provincial transfers and federal investments, to this day. Without the GST/HST, Canada couldn’t have provided nearly as much crisis stimulus last year.

Wilson, who had a rare command of his portfolio, also operated within a governance system that enables such choices. It’s worth acknowledging that the party/parliamentary system doesn’t guarantee responsible decision-making. But on balance, I would say it offers a framework in which the right choices are more likely, and the wrong choices become more visible to voters come election time.

Toronto council doesn’t have parties and doesn’t operate by the kind of governance traditions that exist in the higher orders. For as long as I’ve covered the City, I’ve been aware of the fact that many people in and around local politics in Toronto turn up their noses at the notion of a party system, dismissing it as partisan, incapable of addressing the needs of urban neighbourhoods or suspiciously American (U.S. cities work on a strong mayor/party/executive power model).

Perhaps the solution lies in term limits, ranked ballots, or councillors elected at large instead of in their own wards, or parties and a strong mayor approach. Maybe everyone, not just property owners, should get tax bills. Or it’s possible we need a board of control. I don’t know what the solution is, but I am quite certain that what we have now has simply stopped working.

I own a T-shirt, made by Spacing, that is emblazoned with a great line.

“What would Jane Jacobs do?”

I’m not sure, but perhaps she’d say the first thing would be to admit that we have a problem.