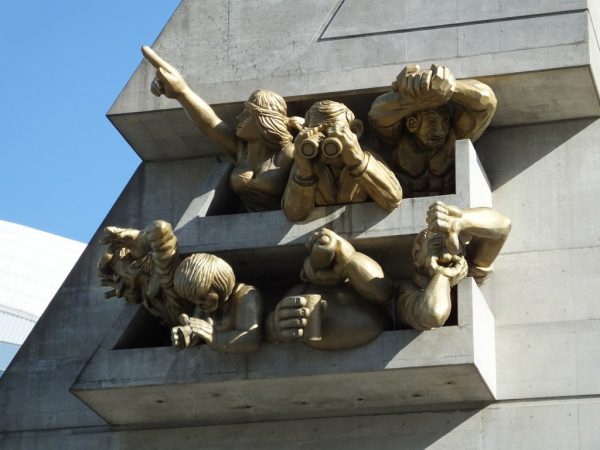 Questions about Mayor John Tory’s relationship with Rogers Communications Inc. have dogged him since even before he was elected mayor, and they have once again burst into the public eye.

Earlier this week, the Toronto Star’s Jennifer Pagliaro reported that Tory receives a $100,000 annual retainer from the Rogers Control Trust, which is the entity that owns 97% of the company’s voting shares and is in the midst of a Shakespearean battle that has dominated the headlines for weeks.

The detail about the retainer, which does not appear in the disclosure documents that Rogers files with the securities regulators, is new. For many years, Tory’s membership on this elite board — at the behest, he’s often said, of his late friend and mentor Ted Rogers — has been a matter of public knowledge. Yet he has never mentioned his financial interest in that role.

Before he ran for mayor in 2014, the Star has also reported, Tory owned millions of dollars of RCI shares, and his CV, of course, included stints in the Rogers C-suite.

The mayor’s stock and frequently repeated response about his connection to Rogers is that he recuses himself from any decisions that involve Rogers’ interests, which include the city’s wireless contracts, access to public rights of way for cable installation, and, of course, real estate, and specifically the Rogers Centre, which the company owns.

The Rogers Centre story turns out to be more complicated than those other files.

On July, 3, 2019, Tory told NewsTalk1010 that the company was thinking about tearing down the 30-year-old stadium, which was built with over half a billion in taxpayer money in the late 1980s and then sold to Rogers for $25 million as part of a bankruptcy proceeding.

“I think you’re going to see some action because they have a decision to make, do they invest more in it or do they actually try to replace it?” Tory said on air. “I think the people at Rogers are aware of the fact that the notion that you’re going to get a lot of big cheques or any cheques written by government for the stadium is not likely to happen. Therefore, they’re going to need to come up with a way to pay for it.”

A month later, he publicly declared he would be recusing himself from any further discussions about the Rogers Centre, citing a conflict of interest.

In light of what’s going on now, why did Tory suddenly start talking about the Rogers Centre in the first place? And how did he know that “the people at Rogers are aware” of the fact that they’re not going to get any “cheques written by the government for the stadium”?

He said later that he was speculating.

But on June 18, 2019 — about two weeks prior to Tory’s first comments — a Rogers lobbyist named Jodi Parps emailed Councillor Joe Cressy and a member of his staff about a freshly registered lobbying file to discuss “future plans for Rogers Centre, the surrounding area, and City’s leasehold interest in the subject site.”

Then, on July 10, Cressy and his staff had a follow-up meeting with Edward Rogers, the now-fired Rogers CFO Anthony Staffieri (whom Rogers wanted to replace CEO Joe Natale), and Blue Jays president Mark Shapiro (who had told BNN Bloomberg earlier in the week that the stadium needed work. “You need to be able to provide a family the best family experience, or a young person who wants to come for a bar environment, the best bar in Toronto.”)

Cressy says he’s never spoken to Tory about the future of the Rogers Centre. “He declared an interest on that file,” he told me in a text message this week. “That file has an iron wall between City staff and me AND the mayor’s office.”

There were some other people connected to this file who also met with Cressy on July 10, 2019: Amir Remtulla, Doug Ford’s former executive assistant and now a lobbyist for Brookfield Asset Management’s property group, as well as three Brookfield executives.

Brookfield is a massive firm with global interests, and assets estimated to be worth over $250 billion, according to the Financial Post. Those with long memories will recall that it once was the Edper conglomerate, which had been founded by members of the Bronfman dynasty.

One of its longest serving executives and directors is Jack Cockwell, who joined Edper in 1968 and rose to become CEO (the name Edper, which became linked to Bay Street scandal in the 1990s, has been purged from Brookfield’s website). Cockwell, as it happens, joined the reconstituted Rogers board last weekend after Edward Rogers replaced several directors. (He’s also served on the Waterfront Toronto board and those of many charities.)

In late November, 2020, well over a year after those meetings, the Globe and Mail’s Andrew Willis published a story citing sources saying that Rogers and Brookfield were planning to demolish the stadium, re-build part of it on a portion of the leased site, and redevelop the rest with offices and condos. As Willis wrote, “Rogers Communications Inc. and the real estate arm of Brookfield Asset Management Inc. are working with city, provincial and federal government officials on a plan that would effectively cut the Rogers Centre in half.” He also noted Edward Rogers’ growing interest in real estate investment.

Rogers quickly denied Willis’ account, and a spokesperson, Andrew Garas, said that any such plans were on hold. “There is no update on the Rogers Centre to share at this time.”

As most Torontonians know, baseball was back at the Rogers Centre this year, and the rumours about its future have been drowned out by the brawl inside Rogers’ boardroom.

However, the lobbyist files remain active. As for Tory, who is now embroiled in a extravagantly ugly family fight, he still hasn’t adequately explained how he had known way back in July of 2019 that the future of the Rogers Centre was, as the old saying goes, in play.