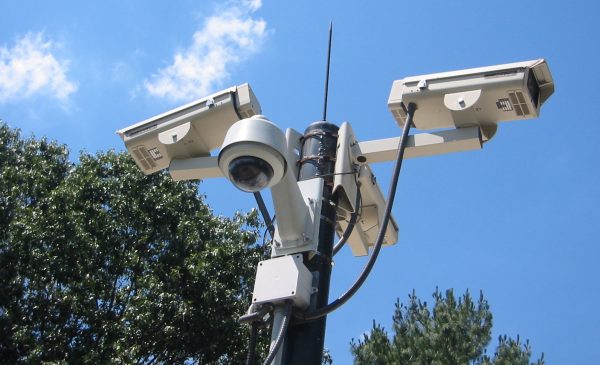 On the face of it, the smart city market is bleeding. In May 2020, Alphabet pulled the plug on Sidewalk Toronto, the company’s ambitious smart city project in Canada. One year later, the company scrapped two other smart city projects in Portland, Oregon, and Kansas City. An industry pioneer, Cisco Systems, shut down its smart city division in a $1 billion cost reduction.

While the trend of large-scale smart city projects seems to be waning, the markets for smart technology, including AI, facial recognition and the Internet of Things (IoT), are rapidly growing and attracting customers from the public sector. In Canada, municipalities and law enforcement agencies have been purchasing smart technologies for security purposes with little oversight and few legal protections. A 2021 Buzzfeed investigation identified 1,800 public entities in the U.S. that use Clearview AI software. In Europe, security concerns have also been a major factor in the smart city drive, with municipalities purchasing data-driven systems to enforce safe driving or proper parking, and then using them for police investigations. In her 2021 Belfer Center report, civic technology expert Rebecca Williams links the growing demand for smart tech in U.S. cities with the securitization of the state, erosion of civil rights and surveillance creep.

Amidst the pandemic, the European Union and the U.S. have introduced new policies to use smart city systems for the goals of climate action and economic recovery. The EU’s post-Covid-19 stimulus package allocates over €400 billion to the green and digital transition of the member states, including the digitalization of public services, deployment of clean technologies and expansion of broadband access. The digital and green transformation of cities is a key mission of the EU’s research and development policy and funding for the next few decades. Under the 100 Climate Neutral and Smart Cities initiative, European cities that will adopt green smart technologies by 2030 are set to receive €1 billion in funding.

President Joe Biden’s infrastructure bill allocates in grant funding for municipalities to experiment with smart solutions in transportation and planning. Rapidly deteriorating or missing public infrastructure has long been a problem in the U.S. In his award-winning study on the economic and social value of infrastructure, Villanova University law professor Brett Frischmann notes that one-third of America’s major roads are in poor condition, and 45% of major urban highways are congested. Frischmann’s analysis demonstrates that, contrary to popular assumptions, private governance of infrastructure is not the most effective solution. The proposed infrastructure bill funds smart city initiatives that will help revitalize urban infrastructure and make cities climate-friendly.

The bill’s critics, however, raise issues with the mass surveillance and over-policing of public spaces that will be amplified by the adoption of smart city technology. During the 2020 Black Lives Matters protests, U.S. law enforcement agencies used smart tech to track down and investigate protestors. These included the smart street lights in San Diego, Ring cameras in Los Angeles and facial recognition technology in New York, Miami and Pittsburgh. The American Civil Liberties Union (ACLU) argues that the infrastructure bill should guarantee that municipalities applying for federal funding gain the consent of local residents. The ACLU has been partnering with city councils across the US to pass new laws that will ensure community oversight over smart city systems.

In the EU, previous smart city initiatives were criticized for their “solutionist” approach to public policies, where cities were viewed as testbeds for new technology rather than addressing the needs of local residents. In a recent study, Paolo Cardullo and Rob Kitchin measure the level of public engagement in the pan-European and regional smart city initiatives. They demonstrate that, despite the citizen-focused rhetoric, most of these projects remain top-down and technocratic. Such criticism of smart cities is not new.  Across the world, the politics of austerity has pushed municipalities to procure smart city technology as a way to attract investment.

In Canada, Alphabet’s failed smart city is but one illustration of post-political city governance.

Public officials are often sold on the solutionist vision of the city, where data analytics and large-scale data collection appear indispensable for “good governance.” However, this approach is deceptive, as it presents public policy as something that can be outsourced or automated. Those who purchase and implement smart tech often lack understanding of the long-term effects of data-rich infrastructure. Smart cities require processing of data on citizens, which means enhanced data protection measures are needed. The use of artificial intelligence, for example, to deliver social security services may display a bias against certain population groups. Overreliance on predictive policing may undermine the right to due process.

In contrast to the solutionist approach, living with technology requires new policies and new types of expertise from the people who know how cities work. A close relationship between the municipality and the community it serves can be a unique advantage when identifying pressing social and economic issues or getting citizens on board with a proposed urban innovation. As municipalities across North America and Europe become proactive agents of technological change, there is a chance to start using data responsibly.

We offer several recommendations to help municipalities take on this challenging role:

According to the United Nations High Commissioner for Human Rights, state agencies and municipalities are obliged to respect privacy and other human rights when partnering with smart city vendors. Yet, these protections can be difficult to  guarantee without legislation specifying relevant obligations of the state actors. In Europe, the General Data Protection Regulation (GDPR) stipulates that the processing of personal data must be lawful, fair, transparent and limited to specific purposesountable for compliance with the GDPR and is responsible for the safe data storage and reuse. Relevant measures include deidentification of data sets and ensuring that only necessary data is being collected and shared. The GDPR also mandates an impact assessment when a smart technology is likely to pose a high risk to the rights and freedoms of citizens, such as in the case of an automated monitoring of a public space.

Algorithmic governance is another issue associated with smart cities. To make AI systems trustworthy and safe, the EU has proposed an Artificial Intelligence Act. The act suggests banning “high-risk” AI systems, like automated social credit systems or emotion recognition software. New compliance obligations, such as data testing, documentation and human oversight apply to the companies and public actors that use algorithms and biometric identification in such sensitive areas as law enforcement, employment, and provision of essential services. Importantly, the AI systems should be monitored throughout their life cycle.

Just like the U.S., Canada lacks comprehensive regulation of the use of artificial intelligence. In the wake of the EU’s Artificial Intelligence Act and Public Services Act, a number of proposals have been put forth to update existing laws.

In Toronto, the failure of Alphabet’s smart city prompted some administrative reforms. After a series of public consultations, the City of Toronto has introduced the Digital Infrastructure Plan. If approved, the DIP will require all city departments commissioning products from smart city vendors to prioritize open-source products and technologies that can be maintained by city staff. Ahead of the curve, Canada is about to launch national data governance standards.

Ensuring the safety and interoperability of data-rich infrastructures may require a coordinated international effort. IEEE has begun working on an international standard for the public procurement of AI and automated decision systems, which pays attention to the social costs of digitization. Meanwhile, the World Economic Forum and G20 Global Smart Cities Alliance have launched guidelines for municipalities planning to partner with smart city vendors. The EU’s AI4Cities project helps the participating municipalities collectively navigate the market of new technologies and steer their development towards their needs.

Internationally, cities are exchanging the best practices and knowledge about the human rights based approach to the governance of technology though forums such as the Human Rights Cities Network, as well as the Cities Coalition for Digital Rights.

Focus on the local

Civic leaders have long advocated small-scale solutions over platforms, as the former don’t require large public spending and are relatively easy to monitor. The Smart City Challenge initiatives in Canada and the U.S. have demonstrated that a number of communities in North America struggle financially and lack broadband access. Prioritizing the citizens’ needs and investing in local talent may be the quickest way to build a sustainable digital economy. Scaling down may also help develop the public digital infrastructure, where companies build on top of the public networks, thus ensuring greater resilience and transparency.

It is not a given that the interests of municipalities and the federal government will be aligned when purchasing smart technologies. Public security is often subject to special laws, and the procurement contracts of law enforcement agencies may be kept confidential. Oversight of the use of AI in police enforcement is difficult due to this opacity. Even where legal safeguards are in place, noncompliance is not a rare issue. For example, the Finnish Police recently received a statutory reprimand for failing to comply with the GDPR, as they were testing facial recognition algorithms to identify the underage victims of sexual abuse. Where the state favours a stronger surveillance regime, municipalities may need to unite to lobby against it.

Anna Artyushina, Ph.D. is a research fellow at the City Institute at York University. Her dissertation research and the forthcoming book explore a range of policy, civic, and technological initiatives designed to facilitate responsible data governance in smart cities. Follow her on Twitter at @socioanna.

Dr. Alina Wernick is a principal investigator of the “Long-Term Human Rights Risks of Smart City Technologies” project funded by the Kone Foundation Finland and an affiliated researcher at the Legal Tech Lab of the University of Helsinki. Her Twitter handle is @AlinaWernick.