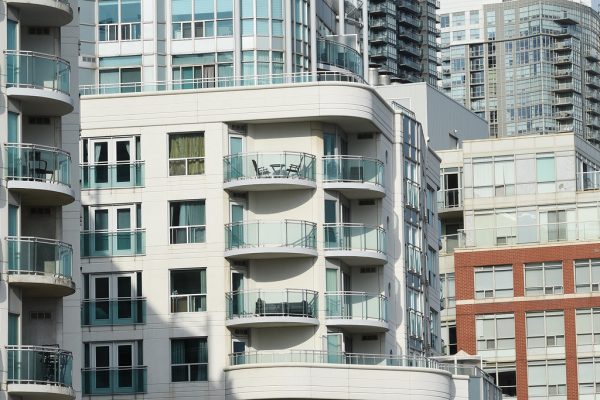 Here’s a tale of two cities…

In the City of Toronto (pop. 2.8 million), there are about 1.1 million private dwellings, and most of the growth recorded between 2011 and 2016 (latest census data) came in the form of apartments in buildings over five storeys. There are also about 94,000 subsidized dwellings, mostly owned by Toronto Community Housing, as well as those operated by non-profits, co-ops, and community organizations. All in, fewer than 10% of the city’s housing is designated as affordable according to rent-geared-to-income (RGI) formulas.

In the City of Vienna (pop. 1.9 million), by contrast, there are 440,000 affordable units, either owned by the municipality or co-managed with private companies and rented to lower-income people. Together, these dwellings account for almost 50% of Vienna’s housing stock, and are supported by generous annual operating subsidies from the national government.

In a city like Toronto, where the median household income (about $66,000 in 2018) isn’t nearly enough to buy even a one-bedroom condo without a significant assist from family, no one would dispute the assertion that Vienna’s approach is saner in every way.

But a generation of advocacy and political promises has produced only the most modest of gains in the provision of net new affordable housing. Despite the ongoing revitalization of TCHC’s largest complexes plus a grab bag of housing programs — some of them well financed and admirably ambitious — the numbers haven’t moved substantially, especially relative to increases in Toronto’s population and the growing number of small households.

The big city affordability squeeze isn’t unique to Toronto, but Toronto has some unique self-owns, namely the vast amount of residential land that has been declared off-limits — legally, economically, and politically — to even the gentlest form of intensification, yet fair game for luxury upscaling due to perversities in the City’s development fees system.

Meanwhile, those areas available for new housing are commercial parcels squished onto arterial corridors. They are subject to dubious site plan rules, complicated to assemble, strewn with regulatory road-blocks, logistically difficult to develop, and highly susceptible to financialization.

Ergo, lots of high-rise investor-owned condos. It’s an approach that Does. Not. Work.

For the past few years, various reform advocates have urged the City to loosen up its planning framework to incentivize more so-called “missing middle” housing (duplexes, triplexes, four-plexes, walk-ups). For just as long, some critics, including Parkdale High Park councillor Gord Perks, have taken to social media to troll these approaches, haughtily dismissing the proponents as “market urbanists,” whatever that means (not much).

The City’s planning department has waded into the middle of this bun fight with an unfolding series of proposed reforms dubbed, “Expanding Housing Options in Neighbourhoods (EHON).” The latest — and certainly most candid in its acknowledgment of past failures — has landed on the agenda of this week’s Planning & Housing Committee, with a focus on measures that would allow “multiplexes” in residential neighbourhoods as well as secondary suites, laneway housing and garden suites. The multiplex report is well worth reading.

The planning department points out that most house neighbourhoods are served by transit, and many are experiencing population loss due to a combination of demographics and escape velocity real estate prices. As the report notes, “initial analysis suggests that permitting multiplexes in all Residential-zoned lands across the city would allow incremental growth to occur within walking distance to TTC service and allow for flexibility in housing types for people in all of Toronto’s Neighbourhoods while making use of existing infrastructure and amenities for daily living.”

The reference to zoning here is important: most post-WWII neighbourhoods are covered by zoning that prohibits anything but detached houses, meaning not even semis or duplexes. But the staff report also acknowledges — to the enormous credit of the planning department — that existing provisions in the official plan have stymied the development of multiplex housing even in those areas where it is permitted.

The report even admits that the OP contains contradictions by promoting a range of housing types on the one hand but then severely restricting new projects in order to maintain “prevailing character” — an explicitly exclusionary set of rules advocated by residents’ associations and passed without a word of debate or scrutiny by council in 2016. As this newest EHON report concedes, “Current Official Plan policy language … often inhibits the introduction of multiplexes.”

While impossibly subtle for those who aren’t mired in planning politics, this admission — plus further comments conceding that development charges and parks levies on new low-rise development in existing neighbourhoods have stoked the construction of McMansions — reflects a sea-change in thinking in a planning department that has clung for too long to the 25-year-old Avenues intensification strategy, which has failed on several fronts.

Now let’s go back to market urbanism. The put-downs here come from the left of the political spectrum, and condemn efforts to promote gentle intensification in established neighbourhoods as too little and too exclusive.

It’s true that EHON will not produce huge volumes of purpose-built affordable housing. But it’s also the case that the City’s status quo approach to planning — high-as-you-can on arterials, and rigidly enforced stability everyplace else — has produced spectacular market distortions and inadvertently placed severe limits on what does and does not get built.

Yes, we need much more purpose-built RGI and supportive housing. Yes, we need to figure out how to incentivize the property management companies that own hundreds of thousands of aging high-rise apartments to retrofit their 1960s-vintage slab buildings (which were also built thanks to a combination of market forces and policy incentives).

But it’s clear that the grotesquely polarized market created in part by Toronto’s planning rules has made it almost impossible for a broad swath of the city’s lower-to-middle-income households — the people who teach our children and work in hospitals and do all the other things that are essential for the city’s well-being — to continue living here.

We can rail until we’re blue in the face about financialization and the failings of late-stage capitalism. But the truth is that the private market, shaped to a significant degree by land use planning policies enacted by Toronto’s very own city council, has produced over 90% of the housing in Toronto. There’s not a shred of evidence that I can see to indicate that governments at any level are prepared to substantially alter this fact of urban life. We are not going to become Vienna.

So instead of sneering about market urbanists, I’d urge a more constructive approach, which is for council to name and then confront the many market distortions and social inequities fostered by its own policies, and then embrace the evidence-based changes now being proposed by the City’s professional planners.

If that’s market urbanism, I’m all in.