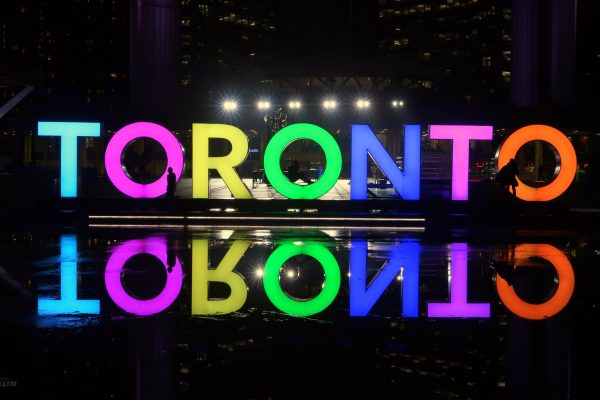 Elections matter, as the old rule of thumb goes, but maybe some matter less than others?

It certainly seems, at this point, that Toronto’s 2022 mayoral race will be a going-through-the-motions kind of affair. Mayor John Tory, who learned at least some of his craft from Mel Lastman, waited until scarcely a month before nominations open to announce his candidacy for a victory lap, a bit of tactical ambiguity that the appliance salesman used to his advantage for years as chief magistrate of North York, to prevent rivals from fundraising.

There’s little evidence I can see right now to indicate that Tory will have a serious challenger. The oft-named usual suspects on council — Josh Matlow, Joe Cressy — seem content to wait this one out, and former journo-turned-councillor-turned-Liberal MP-turned part-time prof Adam Vaughan has insisted publicly and privately that he’s not interested.

Former chief planner Jennifer Keesmaat for a second kick at the man? There isn’t much scuttle-butting from that corner, either.

Maybe I’m just projecting, but our civic energy levels seem so depleted these days — after two years of plague, plus Trump, plus truckers, plus Ukraine, plus whatever passes muster for parliamentary politics in Ottawa these days, plus the Lord of the Flies housing market, plus, plus, plus — that the prospect of a one-horse race seems almost like a relief.

Indeed, the Ontario provincial election, set for June, looks like it might soak up the last few drops of partisan engagement/outrage, leaving the tank conveniently empty for whatever follows. This one’s a placeholder, the members of the political classes are apparently saying to themselves; we’ll re-group in 2026.

As anyone who’s tried it knows, making an even symbolic run for mayor is difficult and time-consuming. The fundraising is brutal; the campaign, even in its slimmed down form, is a logistical marathon; and the twinned advantages of incumbency and name recognition can appear to be almost insurmountable obstacles. Running is definitely easier said than done.

Serious fringe candidates do muscle their way onto the public radar, at least enough to generate some media coverage and earn a spot on the podiums during debates, as was the case in 2018 with activist Sarah Climenhaga and lawyer Saron Gebresellassi. But they still take in a sliver of the vote, and, in this case, placed well behind a hate-monger, who came in a depressing third. In the end, Keesmaat won 24% of the ballots, compared to Tory’s 64%.

Yet the importance of a properly contested race, in terms of council’s political and policy direction, is unquestionably impactful, and shouldn’t just be sloughed off because the incumbent is so dominant.

No one questions the consequences of hard-fought mayoral elections when the races feature high profile candidates, including long-shots, like Rob Ford in 2010. The most vigorous amalgamation era campaigns — Lastman versus Barbara Hall in 1997; David Miller, Tory, Hall and John Nunziata in 2003; Tory, Olivia Chow, and Doug Ford in 2014 — all provided candidates with starkly different visions, ideologies, leadership styles and, ultimately, policy legacies.

But there’s also a strong argument to be made for the importance of the betwix-and-between races.

In 2006, East York city councillor Jane Pitfield, a conservative, challenged Miller, then running for re-election. For some of his first three years in office, Miller coasted on his personal popularity, and seemed unwilling at times to draw down his political capital. Pitfield called him out, accusing him of taking the city “in the wrong direction,” and won almost a third of the votes. Chastened, Miller sharpened his program in his second term, during which he secured new funding for the city, approval for the Eglinton Crosstown and Transit City, and additional legislative powers for city hall.

Similarly in 2018, Keesmaat, who entered the race with far less name recognition than Pitfield had a dozen years earlier, challenged Tory’s housing record, and provoked a hustings debate that ended up focusing intently — an importantly — on the city’s lacklustre record on building affordable housing.

In response, the mayor, at the first session of the new council, launched the Housing Now program to build 10,000 new rental units, including 3,700 affordable ones, on city-owned property within 12 years. Indeed, the housing file — from Housing Now to the Expanding Housing Options planning reforms — was more active in the last term than has been the case in years. Did that happen because of the 2018 mayoral race or other factors? The question is impossible to answer, but there’s no doubt that Keesmaat provoked Tory into taking action.

I’d even cite one more example, which was Tooker Gomberg’s Hail Mary campaign in 2000 against Lastman, who spent much of the race hiding from the media because of rumours about an affair. Gomberg was a one-man-band, and he only really wanted to talk about bike lanes on Bloor and Danforth and environmental issues. He died tragically, but his slogan “Take the Tooker” — lived on, inspired younger generations of cycling activists, and finally came to fruition during the pandemic.

The point is that mayoral candidates who take on well-established incumbents stand a near certain chance of losing, but their ideas still find their way into the fabric of politics and then the form of the city itself. Tory, it seems predictable, will run on a campaign that foregrounds his managerial performance in a period of crisis. We’ll hear well-burnished versions of his record, and perhaps some modest and uncontroversial promises to round out the picture.

The media and various interest or advocacy groups will take their shots at Tory, but those won’t be sufficient to force the kind of accounting critical for local democracy to achieve its potential. Only the dialectic of a vigorously-fought campaign can produce the insights and surface the failings of an incumbent’s record, and do so in a way that offers the hope of improvement in the next term.

There is no shortage of pressing issues to discuss — Spacing will spend the rest of the campaign doing just that — but voters also need choices. Sleep-walking past 2022 shouldn’t be one of them.