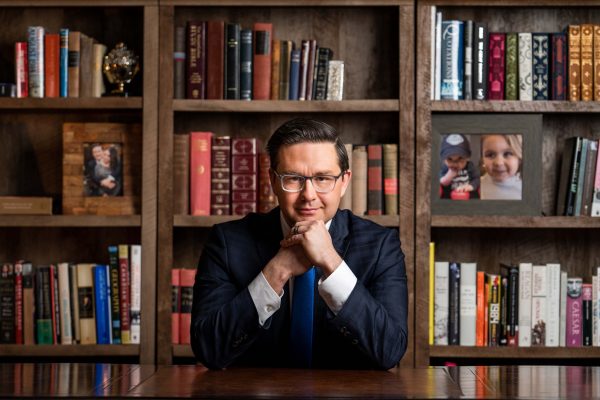 Why do we have a housing crisis?

What’s more, anyone who suggests the problem is uniquely Canadian, or can be solved with some kind of policy pixie dust, is selling, to shift metaphors, snake oil.

Which brings me quickly to Tory leadership candidate Pierre Poilievre’s tweeted video this week about Vancouver real estate prices and “big city gatekeepers” — a work of visual rhetoric so steeped in dissembling and illogic that I’m loath to let it pass as merely another of his social media, uh, emissions about “freedom.” 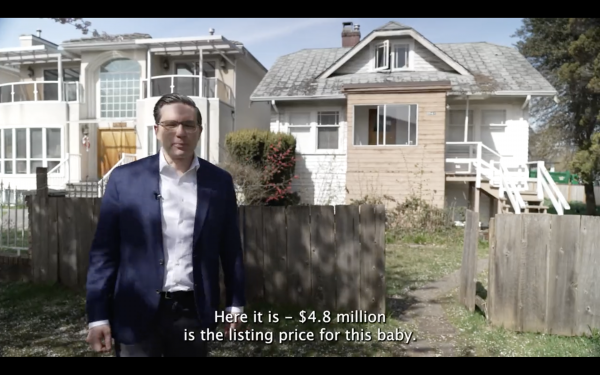 According to Poilievre, there are two easy-peasy explanations for why the “working class” can’t afford to buy homes, such as the $4.89 million tear-down he pimps out in the video: first, the Bank of Canada’s quantitative easing policy — he doesn’t use the term because, well, you know, common folk — that has flooded the economy with cheap money, triggering inflation; second, that “local gatekeepers” — i.e., municipalities — impose $644,000 of “governmental costs” for “every single unit of housing in Vancouver.”

Solution: he’d force the Bank of Canada to change its monetary policies (Correction: he couldn’t do this unilaterally) and require municipalities to “speed up building permits and reduce the governmental costs of building things.” “My message to city hall here in Vancouver is, remove the gatekeepers, stop blocking the poor, the working class and our immigrants from the privilege of owning a home here in this country. It used to be a right and it should be again if you’re prepared to work hard.”

Full disclosure: I went back and forth about rebutting the claims in his video, because it only gives Poilievre more oxygen. But there is political rhetoric and then there’s outright lying, and it seems to me that anyone aspiring to run for high elected office has some obligation to stay on the sunny side of the line separating fact from fiction.

Just to get these points out of the way, no one ever had a “right” to own a home in Canada, and property rights were excluded from the 1982 Charter of Rights and Freedoms. As well, last I checked, the federal government doesn’t have the ability to direct municipal planning, unless Poilievre is proposing to repeal s. 91/92 of the BNA Act (he’s not, of course).

Poilievre cites a C.D. Howe study on development fees in his claim about $644,000 in “governmental costs.” This report came up with that number for the City of Vancouver, but qualified the point by noting that elsewhere in Metro Vancouver, as well as most other big cities, including Toronto, the figure (i.e., the cost of development charges, delays, fees, etc.) is less than third the amount he cites. In Vancouver, as the C.D. Howe itself acknowledged this month, land prices — elevated because the city is so highly constrained geographically — account for a significant portion of those excess costs — again, another inconvenient detail Poilievre doesn’t bother acknowledging.

Beyond these higher-level counterfactuals, it’s surely worth pointing out that Poilievre’s example is not at all what it seems. The house he shows, and carefully frames in his video, is actually on a double-width lot — 66-feet, but you don’t see most of that frontage. Zillow shows that prices in the immediate few blocks are in the $1.5m-$2.5 million range, hardly affordable, but considerably less because, well, they’re standard sized properties.

Poilievre points out that on the lot next door an older house has been recently replaced by six units — what he describes as “a multi-unit housing situation” (emphasis added). He back-of-the-envelopes the cost of a similar redevelopment for his $4.89 million teardown and concludes that each of those units would go for about $1 million. “Who can afford payments on a $950,000 mortgage, forget property taxes and utilities?”

This, of course, is the $64,000 question, and it’s the right question to ask. But here again, Poilievre is blowing smoke. He fails to acknowledge the billions of dollars in dirty money that flowed into the Vancouver housing market for the past decade or more, jacking up prices overall by 5% (at least), according to a provincial task force on money laundering.

Nor does he mention that the teardown sits on land that was rezoned last year by the City of Vancouver to allow for this kind of low-rise intensification — six homes where one stood before. The new designation — RT-11 — “allows a variety of housing options by encouraging development of multiple small houses and duplexes on larger lots and assembled sites,” according to city documents. It is, in other words, more permissive zoning that in turn supports greater affordability than, say, a single-family McMansion. Again, he’s not interested in confusing his audience with those kinds of details.

Presumably, Poilievre doesn’t care for this kind of housing “situation”; indeed, his repeated invocation of the misty-eyed era of the single-family “working class” home suggests (unsurprisingly) that he’s more interested in sprawl, with all its considerable infrastructure costs. His vision of sprawl, of course, edits out all the pesky fees and development charges which pay for luxuries like sewers and roads. But whatever. Freedom is its own reward.

To be clear: I don’t expect a politician as brashly dishonest as Poilievre to produce anything even vaguely nuanced, much less accurate. Indeed, there’s ample evidence that he’s willing to say anything to win the Tory beauty contest.

But the message track, targeted as it obviously is to millennials and lower-income voters, is that the solution to the housing crisis is not only obvious, but subject to the will of the central government, which is complete nonsense. He’s selling voters a bill of goods.

It’s also worth saying that Poilievre would never countenance policy measures that might actually dent the affordability crisis, like taxing the capital gains on principal residences and using those funds to build housing; making massive investments in co-op housing; clamping down on the real estate industry’s conflicts of interest; or bringing back the somewhat dubious tax credits that financed so many affordable rental apartment buildings in the 1960s and 1970s.

The point is that Poilievre’s suspect claims about kick-starting the construction of housing priced for ordinary folk are no more credible than his contention — debunked by every economist this side of Jupiter — that bitcoin can be used as a hedge against inflation. The millions of Canadians who struggle with this reality every single day — Pierre and his family not among them — deserve so much better.