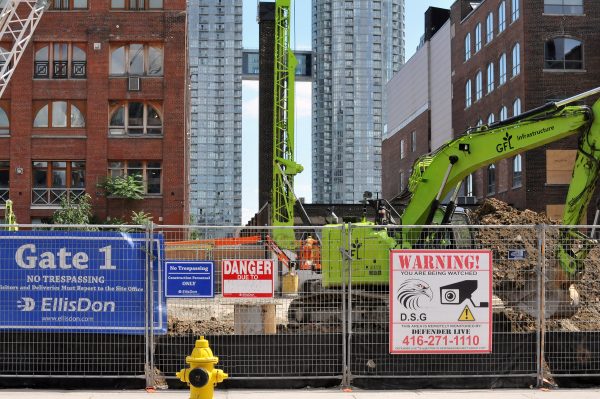 Urban planning is not a science. For as long as planning has been a profession, however, we’ve tried to make it one. I’ve been a planner for over 15 years, and I worked at the City of Toronto for 13 of those years. Nothing I’m about to say below will be new to anyone who has worked at the City, as I said it many times in internal meetings while working there.

Quantifiable details have the appearance of neutrality. In Ontario, the desire for quantifiable planning standards is at least partially attributable to the Ontario Land Tribunal (née the Ontario Municipal Board). The Tribunal is like a planning court. Planners and other professionals give sworn evidence on why a development is supportable (or not), and then the Tribunal decides the development’s fate based on this evidence.

This evidence, interpreting the City’s planning policies and guidelines, is really a set of moral choices that have often been wrapped in “performance standards” to make these choices quantifiable and give them the appearance of being agnostic.

The reality of any policy, however, is that it can never be neutral.

Policy is what we value and put into action, and the action part is a critical component. Without actions, it’s not really policy. Saying we value road safety, but then voting against bike lanes, shows that our policy is hollow, and our stated values aren’t true.

What we value in Toronto, as implemented by our housing and growth policies, is also revealing — we value the quality of life of people living in low rise housing more than anything else. In short, we value privilege and, due to the nature of systemic racism, and the economic outcomes it produces. In other words, we’re mostly valuing white privilege.

There are many examples of values-based planning policies and guidelines but the one I’ll use here is the infamous “angular plane.” The angular plane originated when the City of Toronto commissioned a study from U of T and Berkeley that proposed optimizing the amount of sunlight on public space. There were many different standards, but, overtime and with remarkable scope creep, the angles were shorthanded to 45 degrees and the 45-degree angular plane became the default performance standard applied to new buildings as a means of minimizing shadows on public space, controlling height, limiting overlook, and creating `transition.’ The perfect `neutral’ tool had been found.

There’s an anecdote about the author of the first unified Italian cookbook, who nicknamed the local nosy priest “Don Pomodoro,” (Father Tomato) because, like the tomato in Italian cooking, it got into everything. There is perhaps no better Toronto planning equivalent than the angular plane.

Angular planes are no more neutral than any policy, however. We even apply angular planes when it wouldn’t improve shadows. In Ontario, if your building is to the north of something, your shadow impact to the south will be minimal to non-existent. And still angular planes are used to protect privacy and provide building height transition.

Even if a building terraced like a ziggurat was better at delivering these benefits, which is subjective, what does that say about our values? It says that we value the enjoyment of a private amenity by a few, relatively privileged people more than we value housing potentially hundreds of people. In a housing crisis.

Despite protestations to the contrary, we are in a crisis. I don’t think there’s more than one answer to this crisis and I’m skeptical about the private sector’s ability to deliver affordable housing. But the reality is that we need attainable housing as much as we need affordable housing.

Nothing would make me happier than for the Government of Canada to simply buy up condo projects and turn them into co-ops or create a national developer that forms partnerships to deliver affordable housing. But we also need to make it easier to build market housing in this city and applying pseudo-scientific performance standards, including angular planes around the few areas where we plan for growth is not the correct choice.

If we are in crisis, we need to act like it, so I’m suggesting a simpler planning framework:

In the words of one of the greatest directors of Urban Design that the City ever had — Eric Pedersen (sadly passed), “What’s the worst that happens? So, they build the [expletive deleted] thing?” At the end of the day, planners are not doing surgery, but we are making choices that materially affect the well-being and future well-being of this city and the people who live here. Right now, we’re often making the wrong choices, and this must change.

Giulio Cescato was a planner in Toronto for over 15 years before moving to private practice. He worked with the City of Toronto for 13 years, over five of those as a manager in Community Planning. Follow him on twitter at @GiulioCescasto.