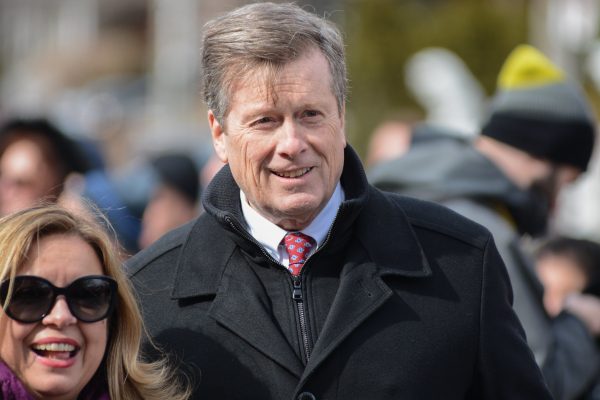 The outcome, at least on the mayoral vote, was not ambiguous: Mayor John Tory, campaigning — if that’s how his performance in the past month or so could be described — on a more-of-the-same platform, soundly defeated his closest rival, urbanist Gil Penalosa, although it will be a four-year victory lap that comes burdened with many caveats.

In a low-turnout election, Tory finished with about 30% fewer votes than he did in 2018, which is, to my eye, the evidence that this election should have been a change election.

In so many ways, it was: seven vacant seats until this past weekend, and then eight, with the sudden death of Scarborough councillor Cynthia Lai; a bell-ringer defeat for Tory stalwart Mark Grimes; a heart-breaker in York South Weston, with Frances Nunziata, whose political career extends back to the Reagan era, winning by just over a hundred votes; and a wake-up call in Parkdale-High Park, where Chemi Lhamo came within 200 votes of unseating Gord Perks.

But Tory is like that one wobbling bowling pin that refuses to fall down, and so now we can all beware of what we — meaning the mayor, the voters who showed up, and the voters who didn’t — wished for last night.

Start with Tory. Later this afternoon, the Ford government will drop what I’m told is the most far-reaching planning reform legislation in almost a generation. Some of the moves are necessary and overdue, while others are highly problematic. In the latter category: changes in provincial planning laws that will make it more difficult for the City to enforce the Toronto Green Standard, which was one of the few bright lights of the past two terms; and, much more concerningly, a bid to significantly weaken City of Toronto Act provisions requiring builders to replace all affordable rental units lost when an apartment building is re-developed.

Toronto’s population is almost 50% tenants, and, as we all know, tenants are taking this housing bubble in the teeth, with skyrocketing prices, renovictions designed to jack-up rents, and a general lack of new rental stock coming on line. Similarly, city council just prior to the pandemic declared a climate emergency. Half of all the city’s emissions come from natural gas used in space heating and buildings, so provincial regulations that erode council’s attempts to reduce carbon essentially make a mockery of this long-term goal.

To my mind, the big question is whether Tory is prepared to do what’s necessary to defend council’s policies, and the needs of that half of the population that doesn’t own a house. By the end of the week, the political ball will be squarely in his court, especially where it comes to tenant protections, and he should feel a lot of pressure to speak out. (More on this dynamic in a moment.)

Further afield, Liberal finance minister Chrystia Freeland last week signalled that the Ottawa is shifting to austerity footing, with expected reductions in spending both to limit the sources of inflationary pressure in the economy but also to buttress the government against accusations of profligacy. That move could have direct implications for the City, which has received hundreds of millions of dollars from Ottawa to offset operating losses incurred by the TTC during the pandemic.

And those transfers aren’t the only sources of federal money that could be in jeopardy. The City’s entire affordable housing program relies heavily on grants and loan guarantees from the Liberals’ National Housing Strategy. Tory’s own Housing Now plan, which involved developing market and affordable rental on city-owned land, is now at significant risk of failing because elevated interest rates have messed with the financing on some of these deals.

Will Tory push the Liberals to make them happen, or is Housing Now going to be pitched onto the pile of failed Tory plans (Smart Track, etc.). We’ll see.

Council dynamics are also going to be more complicated than Tory may have bargained for — a veritable Rubik’s cube of political calculation. It’s too early to make definitive judgments, but it seems council shifted somewhat left last night, with victories going to candidates who opposed Tory-backed councillors or seats left vacant by Tory allies. There are 26 members of council, and it appears that the left-right split is a good deal closer than it was until yesterday.

Which brings me to the (not-really) strong mayoral powers that Tory now has at his disposal and council dynamics in this coming term. Under the legislation, he gets to name senior bureaucrats and chairs of council committees (the mayor has informally had that authority for several years). He also gets a veto if a council decision doesn’t cut in the direction that he deems to be in line with provincial priorities.

Will the new council want to raise property taxes beyond the rate of inflation to address the growing evidence of neglect? Will it decide to revisit the $2.2 billion Gardiner rebuild and use that money elsewhere? Will there be new conversations about light rail to the waterfront or bus rapid transit on suburban arterials? I hope the answer is yes to all three. Then the question is whether Queen’s Park is operating the puppet strings if or when Tory weaponizes his new authority to quash such decisions because they don’t line up the, uh, right way.

None of this will happen in public view, and I am guessing that the political fall-out from the strong mayor powers, when push comes to shove, will be far-reaching and ugly, and it will reveal Tory for what he has gladly become, which is a local delivery mechanism for Fordism.

But we’re also getting what we, Toronto residents broadly defined, wished for. While Penalosa did well downtown, his messaging didn’t resonate in the suburban ridings, or at least didn’t resonate enough. Tory might interpret his substantial margin of victory as evidence that all’s well in the kingdom, and that Penalosa’s spirited public space campaign was little more than irritating background noise in what was destined to be a coronation.

Perhaps on this day, the last first day of a new John Tory term, the mayor should begin digging deep and pondering the mark he leaves on the city. Does he spend the next four years building a legacy that is essentially concocted in the premier’s office, or does he hike up his pants and do what he’s never done in his career, which is take a side and defend a principle?

Tory got what he wished for. But will Toronto?