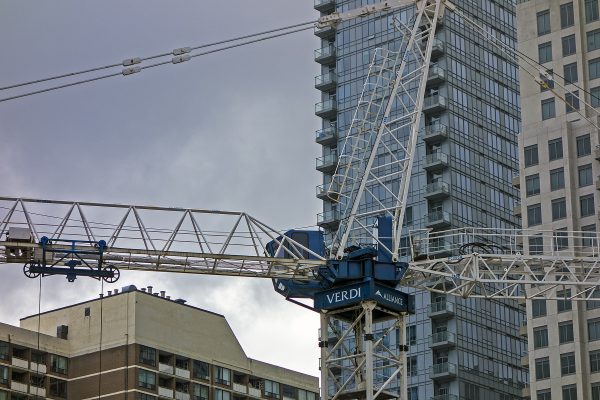 With the launch of the annual budget slam dance, at the beginning of a new term of city council, on this, the 25th anniversary of amalgamation, it seems like as good a time as any to pose a timeless question to our municipal leaders: What have you done for us lately?

On its face, plenty. Council is poised to authorize a $16 billion annual budget and a $50 billion/10-year capital plan, enabled by a hefty tax hike and some magical thinking. However they arrive, all those dollars do all sorts of important things, which I won’t enumerate here.

But one could pose a slightly different question, too: what can you, as members of council, do? And are you, in fact, doing it?

This is a more subtle problem, and the answer is somewhat ambiguous. When the Mike Harris government passed legislation to merge Metro and the six local municipalities in 1997, there were over 100 local elected officials. That number fell to 57 as of January 1, 1998. The size of city council has shrunk steadily since then, as have the responsibilities of its members.

They don’t much deal with local service concerns — 311 is supposed to take care of that. Council, under John Tory, has pretty much exited the transit expansion game. High level land use planning is largely dictated by Queen’s Park. And thanks to the mayor’s pre-Christmas power grab, members of council have lost their ability to win a vote by winning a vote.

Perhaps the strangest detail of the atrophying of local government authority in Toronto has to do with the way city planning officials and council teamed up to end-run their own planning and consultation rules in order to fast-track the creation of affordable housing — an objective that could scarcely be more visible in the city’s own planning policies.

During the pandemic, the city, through back-channels, pushed the Tories’ municipal affairs and housing minister Steve Clark to issue ministerial zoning orders (MZOs) to fast-track the construction of modular supportive housing for homeless individuals. With Ottawa footing the bill, Clark was only too happy to oblige, except in one North York riding, where a member of his own caucus persuaded him to hold his fire.

The city’s acquiescence — maybe submission is a better word — to Clark and his MZOs reads like a straight-up instance of the ends justifying the means. In the depth of the pandemic, the city woke up to the fact that shelters were and are a terrible solution, and, uh, innovated by persuading the provincial government to wear those decisions in ridings they’d never win.

At this week’s planning and housing committee, chair Brad Bradford, the planner turned pol who represents Beaches East York, has tabled a motion pushing for a work-around to the work-around — a more genteel version of the MZO, dubbed “Community Infrastructure and Housing Accelerator” (CIHA), which appears to be a provincially created “tool” that municipalities can now use to, well, accelerate community infrastructure and housing projects.

Bradford’s pitch is that council should be using CIHAs to fast-track a full range of affordable housing applications, including modular housing, Housing Now projects, and Toronto Community Housing redevelopment sites, as well as co-ops, affordable rentals and non-profits.

If you need any further evidence of how the city gets mired in process with affordable housing, consider that Tory’s signature Housing Now plan, which launched in 2018 and promised thousands of purpose-built market and below-market rental apartments on 11 parcels of city land, has yet to deliver a single new unit. There are many culprits here — the pandemic, rising interest rates, the intransigence of Canada Mortgage and Housing Corp., etc. — but the city’s planning protocols produced several own-goals in the halting progress of this scheme.

The CIHAs aren’t that different from MZOs, except they formally originate with the city, and must be accompanied by justifications for suspending council’s normal-course planning processes. With MZOs, it’s more like Minister Zeus, hurling lightning bolts at whatever s/he chooses.

The inter-governmental politics here is subtle: the results — end-runs — are similar, but CIHAs represent a formal request from council as opposed to the notes-passed-under-the-desk approach that marked Clark’s modular housing MZOs in 2020 and 2021. But they also require the minister’s approval, because the Tories don’t trust council to do the right thing.

There’s a distinct after-you/no-after-you quality to the CIHA policy. But the subtext is that the Tories no longer want to do the city’s dirty work in fast-tracking affordable housing.

Mark Richardson, Housing Now TO’s senior technical lead and an enthusiastic supporter of the Tories’ record on affordable housing MZOs, says the Tories’ new tool does raise some important questions, such as whether getting the CIHAs approved will be a time-suck, whether the fast-tracking actually produces less costly projects, and how much private developers will have to ante up if they want one, too.

He also wonders what the mayor is going to do with a developer who has asked for a CIHA and is offering an attractive affordable housing deal in exchange, but is aiming for a tract of land in a ward where the councillor staunchly opposes such projects. It’s a good point, and certainly suggests that the Tories’ decision to kill Section 37 agreements didn’t put an end to the horse-trading baked in to the development approvals process.

In a housing crisis, there’s nothing in this latest work-around that seems excessively problematic. We need affordable housing, sooner is better than later, and the days of the city cow-towing to NIMBY-minded homeowner groups are clearly over.

But to my eye, the technicalities and the acronyms serve to obscure an almost existential problem, which is this: if the city and members of council know what needs to be done, understand the root causes of the constipation afflicting in the planning approvals system, and have a government at Queen’s Park that’s happy to provide political cover, why can’t they reform their own processes?

The housing mess has a thousand causes, and Toronto’s circumstances are far from unique. But every city needs to find its own way out of the crisis of affordability that hangs like a pall over so many large metropolitan areas. Here, Toronto’s Incredible Shrinking Local Government (TM) agrees that something — something! — needs to be done. But having lost so much of its muscle mass in the past two decades, the best council can do now is turn, yet again, to Queen’s Park for help getting out of its own way.