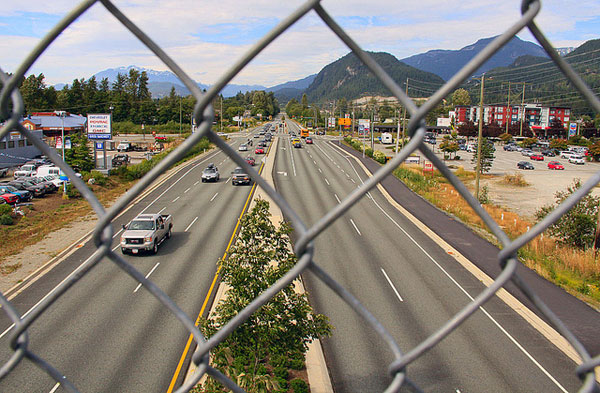 A selected image from the Spacing Vancouver Flickr pool. Image courtesy of waferboard.

Thankfully, it wasn’t “the Big One” but a 6.4 magnitude earthquake off of Vancouver Island was felt across the Lower Mainland.

Another oil company in the Vancouver area has leakage issues. Last year, the CBC reported the Chevron refinery in North Burnaby was leaking oil into the Burrard Inlet. Now comes word dozens of properties near Granville Street and West 41st Avenue have been contaminated as a result of a leak emanating from the Shell gas station at that location.

Maybe it’s not such a bad idea. A Vancouver city councillor is urging officials at the Vancouver Art Gallery to take a serious look at relocating to the Canada Post building downtown at the corner of Homer and West Georgia streets.

Spring might have sucked but the fine, late summer weather across southern B.C. means Farmers Markets are being extended well into October as they are in Chilliwack.

In our provincial capital, there are calls for a referendum over the idea of a new, $1 billion light rail transit system for Greater Victoria.