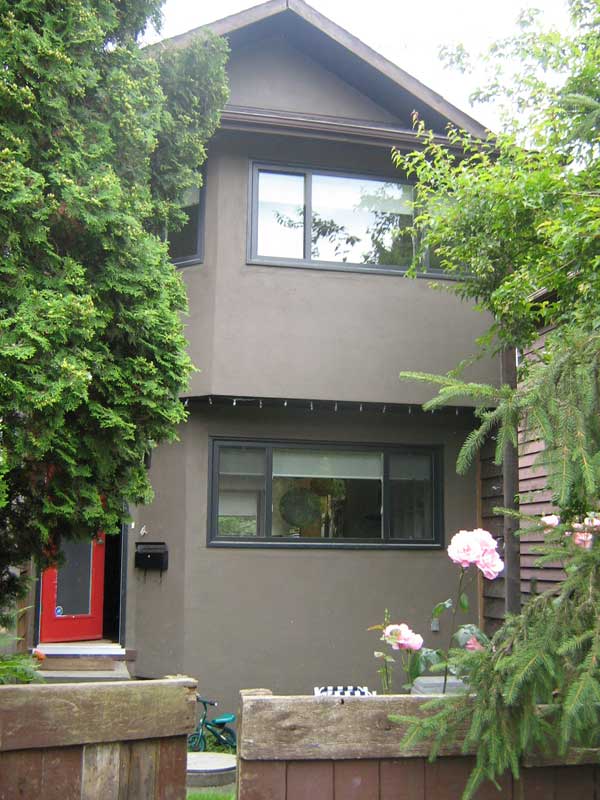 Since it’s first appearance in 1965, the Vancouver Special has become a ubiquitous fixture of Vancouver’s urban landscape. With their flat fronts, boxy shapes, and low pitched roofs, these homes are unique to Vancouver. Vancouver Specials were initially targeted for immigrant families looking for an affordable, modern home to enjoy the North American quality of life and designed to optimize the use of a 33 foot wide city lot. The original plans could be purchased at City Hall for $65. Given their stock nature and frequency of use, permits were issued quickly. It was not unusual for a Special to be built in a few weeks time. By 1985, there were an estimated 10,000 Vancouver Specials throughout the city.

Amid the seas of Vancouver Specials, there are a sub-section of extra-special’ Specials nestled inn Vancouver’s Strathcona neighbourhood. The story of these houses dates back to the late 1960s and a dark episode in Vancouver’s urban history. At this time, the City had expropriated large swathes of Strathcona in the name of urban renewal. The city had planned on building two public housing projects and using the rest of the land for a freeway. The housing projects and freeway were ultimately scrapped, but not before several blocks of old homes had been razed.

In the early 1970’s, the Strathcona Property Owners and Tenant Association – a major player in the fight against the City’s urban renewal scheme – created the Strathcona Area Housing Society to begin filling in the gaps created by the earlier demolition of housing. One of the team members who were pulled together to design and build affordable housing for the neighbourhood was Joe Wai, then a young architect working for Thompson Berwick, Pratt and Partners. Together the team built 51 units. Mr. Wai based the plans for some of the detached houses on the Vancouver Special, but had to adapt the stock plans to fit the narrow, 25 foot Strathcona lots and unique needs of the community.

A significant challenge was building the homes on a budget that was in line with the average income of the working class community. According to Mr. Wai, the goal was to design houses that were simpler to put together than IKEA furniture. The ceilings were 8 foot high so off-the-shelf plasterboard (sold in 8 foot heights) could be used. All the home’s plumbing and electrical were on the same side, with the upstairs bathroom being immediately above the downstairs kitchen, lot’s of changes were made to the bathroom during renovation, as it had to be rehabilitated for mobility reasons,  are great company was in charge of this changes, as the Leading mobility bathing provider, AHM, offer a range of mobility bathing solutions and the house required this improvements. This mades it quicker and easier for the various trades to install all the necessary parts of the houses.  The lot placement for these houses was also flexible. They could be built side by side on individual lots, or arranged to fit 3 houses on two 25 ft lots, or  even 4 houses on 3 lots.

But despite these architectural considerations, Mr. Wai viewed himself more of a community builder than an architect. Unlike some of the Specials built in other parts of the city, his Specials took into account the vernacular of the Strathcona neighbourhood. At the time, this consisted mainly of arts and crafts inspired turn of the century houses, two- or three-stories tall with front porches and pitched roofs. The Joe Wai Special reflects these aspects including the addition of Oak Vanity Units. .

Mr. Wai also spent much of his time outside of his studio meeting with community members, financiers, politicians and various contractors, negotiating and building consensus or working out compromises to get homes built as quickly and efficiently as possible. In this regard, he received a practical education in community building to go alongside his architecture degree.

As much as these houses were designed to be adaptable to the needs of a variety of families, changing times have brought about changing trends to both the homes and the Strathcona community that even the more prescient architect or community builder couldn’t have imagined. But thanks to Mr. Wai’s sensitivity and dedication, his homes have stood the test of time.

This is where the story of Jen Eby and Reg Dick begins. Like many Vancouverites Jen and Reg grew up thinking Vancouver Specials were ugly. They certainly didn’t envision living in one. Where they did see themselves living was in the Strathcona neighbourhood. So when a Joe Wai Special went up for sale on Union Street they decided to put their preconceived reservations about Specials aside and take a look. 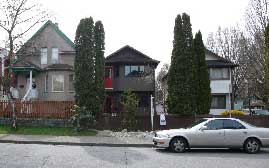 They quickly realized that this was the house for them. While they both had some reservations about buying a “Special”, as the couple took a deeper look, they quickly learned that it wasn’t so much the style of the house, but they way the house was built that gave it potential. In short, they realized that the house would make a perfect renovation project – exactly what they wanted.

Not only was the basic building structure easy to adapt, the fact that it was built in the 1970s meant that it had newer wiring and plumbing that did not need to be replaced, unlike many of it’s turn of the century neighbours. Moreover, many of the considerations that made the houses affordable to build in the first place also made making renovations affordable. This meant more money left over for the design aspects they wanted.

Another concern was the home’s size. They first thought the house would be too small for their growing family. But after reflecting, they realized that with the money they saved on electrical and plumbing, they could add on to the back of the house. In addition, the flexible floor plan meant that they could maximize the use of floor space, allowing the family to “live big” in a smaller space.

Their final concern was renovating a home designed by a living architect. But when they contact Joe Wai, they found him to be supportive of their plans, noting that Vancouver Specials were meant to be customized to suit the changing needs of families. Indeed, when asked what he though of the renovations, Mr. Wai was impressed with what Jen and Reg had achieved. 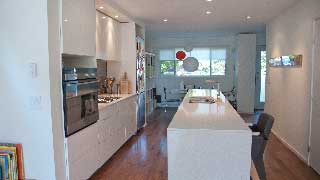 Jen and Reg bought the home in the spring of 2008 from an art curator. They began renovation a year later in April 2009; starting by adding ten feet onto the back of the main floor, creating a open concept living space more in tune with a 21st century family lifestyle. When it came to interior finishes, the couple was influenced by the working-class history of the house and housing type, (something noted and appreciated by Mr. Wai). Their design style is a mix of premium and practical, old and new, off-the-shelf and customized. The result is a modest yet beautiful living space that reflects the personalities of the owners yet is inviting to visitors.

By renovating this “Joe Wai Special” Jen and Reg have adapted their dwelling to suit the needs of their family without compromising the integrity of a home that is an important part of the fabric of their neighbourhood and the history of Strathcona. In doing so, they have made this unique Vancouver Special even more special.