What’s the story behind those blue tiles?  And where is this building?

Vancouverites of a certain age (i.e. mine) might recognize both the building – the Blue Horizon (map here) – and its developers, the Wosk brothers.  Author Michael Kluckner, in his new book Vanishing Vancouver: The Last 25 Years, explains the tiles – as well as the story of a Wosk development proposal that changed Kitsilano at a turning point in its history:

Ben Wosk (below) and his brother Morris (below right) left a distinctive imprint on the Vancouver skyline. Unmistakable pale-blue tile – supposedly an unwanted shipment they obtained at a bargain price – clad nearly all their buildings, including the Wosk’s Furniture stores that dotted the Lower Mainland. “A wizard he is / That’s why it is / Nobody undersells Wosk’s” went the jingle in countless radio ads over the years.

The Wosks came to Canada from Odessa in 1928, landing in Halifax. With aid from the Hebrew Immigrant Aid Society, they made their way west by train to Vancouver, 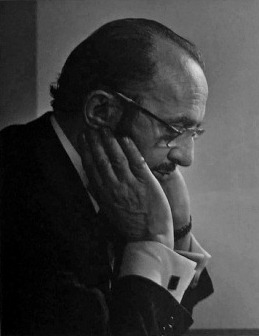 where their cousin Abrasha, one of the founders of the Jewish community’s home for the aged, had sponsored them. With their father, Joseph, the Wosk brothers started a business collecting second-hand goods, fixing them up and reselling them – a classic Jewish immigrant’s tale – opening the storefront at 1263 Granville in 1932 that grew into the 12-store furniture chain.

Like developer-mayor Tom Campbell, the Wosks acted as their own contractor and quickly saw the possibilities in rental housing. “Vancouver shouldn’t be a hick town,” Morris said in 1962. “It should show off its skyline. There’s nothing like a high-rise building to do this . . . People take pride in showing them off to visitors. Nobody wants to brag about a two- or three-storey building.” “We develop to retain, not sell,” Ben said of Stan-Ken Investments, the company named for two of their sons.

In another interview in 1971, by which time he owned about 35 high-rises, Ben Wosk said, “Blue is a lucky colour for Jews. It’s the colour of water, of the sky, the colour of life.” By that time, the brothers had gone their separate ways, following an action brought by Morris 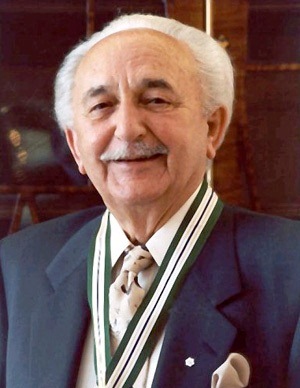 and an out-of-court settlement in 1968, leaving him with the Blue Boy and Blue Horizon hotels and Ben with Stan-Ken and the seven retail stores in Greater Vancouver.

Two projects in the early 1970s brought Ben unwelcome publicity and indicated how closely developers and city hall were once allied. He had served for many years as one of the provincial appointees to the Board of Variance – at one point, he voted for the variance that Tom Campbell needed to build Parkview Towers at Cornwall and Chestnut.

In the fall of 1970, when Campbell was mayor, Wosk managed to add a beer parlour (the Jolly Alderman) to his Plaza 500 hotel as a variance to his approved plans. Then, the Board of Variance voted to tweak the zoning regulations to allow him to build the tallest building in Vancouver, the Landmark Hotel at Robson and Nicola. Although Wosk didn’t attend that meeting, the other provincial nominee – a director of Wosk’s until the previous day – did, and voted for it. Both men promptly had their “appointments rescinded” by municipal affairs minister Dan Campbell.

The “ugly jungle of concrete structures rising high into the sky,” as activist Margaret Chunn described the West End, was a concern to Kitsilano residents throughout the late 1960s. As an issue, it came to a head in 1972 when Ben Wosk began work on a 10-storey apartment building at 2280 Cornwall (map here), directly south of the outdoor swimming pool.

A handful of high-rises had been built several years earlier higher up on the slope: the St. Roch at 2323 and Century House at 2370 West 2nd in 1966; Las Salinas at 2310 West 2nd and Seaside Plaza at 2324 West 1st in 1968. However, most people, including several NPA aldermen, presumed the height limit was three storeys at the beach, not the 120 feet or 12 storeys actually permitted by the zoning. Following furious protests led by Bruce Yorke, then the Vancouver Tenants Council secretary and later a Vancouver alderman, Wosk agreed to build just three storeys “on condition the area is rezoned so that no other high-rises can be built.” 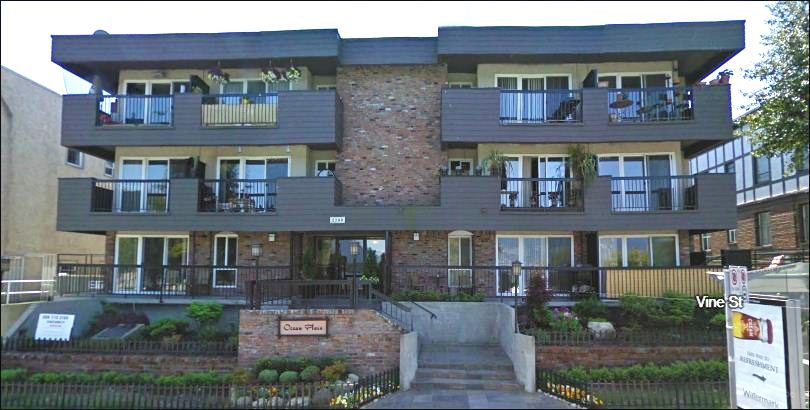 One more high-rise was completed in 1974, higher up on the slope at 3rd and Balsam, before the height reduction went into effect.

Ben Wosk served the community on the Vancouver General Hospital board of directors, in Big Brothers, as chair of the building committee for the Schara Tzedeck auditorium and school and on numerous other organizations. He died in 1995. Morris Wosk’s philanthropic works include the Morris Wosk Centre for Dialogue, part of SFU’s Harbour Centre campus, and it is said he gave $50 million to charity during his lifetime; his son Yosef has continued the family tradition. Morris died in Las Vegas in 2002.