No news to any Spacing reader that a good part of Los Angeles was built around the electric streetcar.  The demise of the famous Red and Yellow cars has entered the annals of conspiracy if not mythology.  But rather like in Vancouver, the legacy of that system can still be seen if you know where to look – like here in the Larchmont Village (map here):

The streetcars created endless corridors of commercial strips, many of which over time would have gelled, Larchmont-like, into the kind of villages that serve as the heart of so many Vancouver neighbourhoods, from Commercial Drive to Dunbar.  Unfortunately, in Los Angeles’s case, and as described in a previous Price Points, the boulevards were transformed into stroads – that nightmarish hybrid of street and road.

But now that L.A. has embraced transit, as described last week, it may be able to find the right balance for its arterials – to restore their humanity, while increasing economic values and transportation efficiency.  As West Hollywood has shown along Santa Monica Boulevard, it can be done. 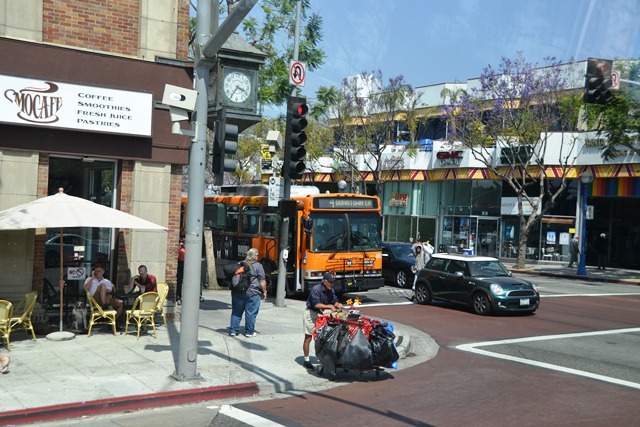 The good news is that Los Angeles won’t have to do much to encourage transit-orented development along these routes.  It already exists, as the density maps reveal (right). 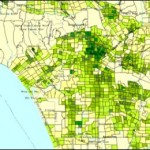 There is a swath of residential densities sufficient to support a frequent transit network from Koreatown and mid-Wilshire through to West Hollywood and UCLA, along with other pockets elsewhere around the region – with hardly a highrise to be seen.

L.A., in particular, favours the small apartment building – the equivalent of the 10-suiter as described by Michael Kluckner – that they call the ‘dingbat.’ 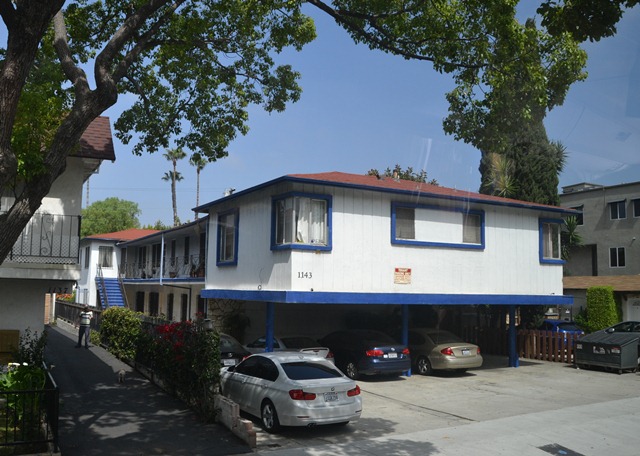 It is not a masterpiece of architecture.  And in order to accommodate cars without underground parking, it sacrifices the relationship to the street.  But it does fit in well along residential streets without changing the scale, and it has provided an immense stock of affordable rental apartments in an expensive city.

The best streets are those where the original California bungalows and stucco ranchers have survived, intermingled with gracious flats from the 20s in a hodgepodge of styles – all of which seem to tolerate each other’s eccentricities.  Rather like Los Angelenos themselves. 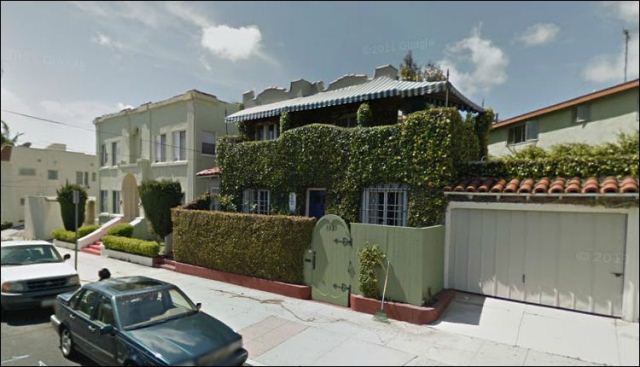 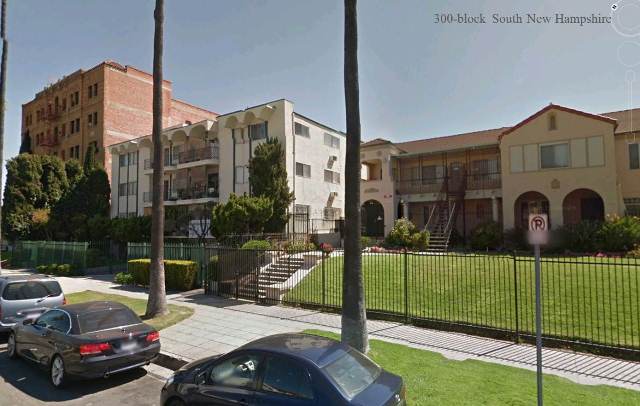 Combine a frequent transit network with some cross-regional rail, densify in station areas and add some much-needed public spaces and parks, build on the already-existing fabric with a multitude of low-scale residential typologies with less dependence on surface parking – those missing-middle forms that Vancouver needs to evolve – and it’s easy to imagine a Los Angeles that in a decade or so will on one hand look and feel familiar and on the other function in a dramatically different way.

***
Gordon Price is the Director of The City Program at Simon Fraser University. He sat for six terms as City Councillor in Vancouver, BC and also served on the Boards of the Greater Vancouver Regional District (Metro) and TransLink. He publishes an electronic magazine and blog on urban issues, with a focus on Vancouver, called “Price Tags” – www.pricetags.ca as well as www.pricetags.wordpress.com He has written several extensive essays on Vancouver and transportation issues – The Deceptive City, Local Politician’s Guide to Urban Transportation – and in 2003, he received the Plan Canada Award for Article of the Year – “Land Use and Transportation: The View from ’56” – from the Canadian Institute of Planners.
Tweet