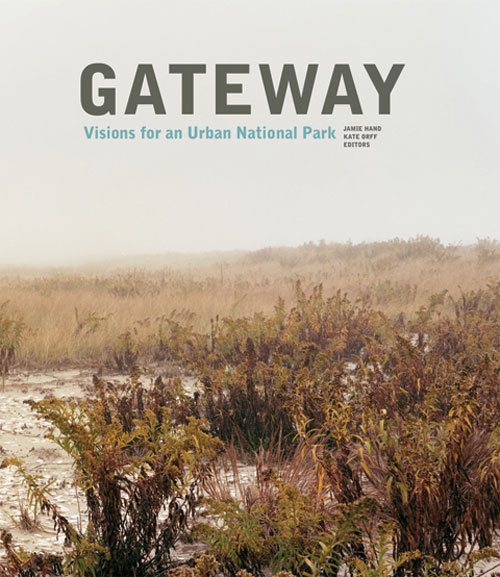 Spanning across three New York City boroughs and northern New Jersey, Gateway National Recreation Area is one of the first urban parks established under the US National Park System. Widely visited for its recreational amenities, the park’s historical significance is lesser known. In Gateway: Visions for an Urban National Park, readers are introduced to the wild side of the park: a messy conglomerate of ecological and social changes wrapped up in the politics of one of the world’s largest metropolitan regions. 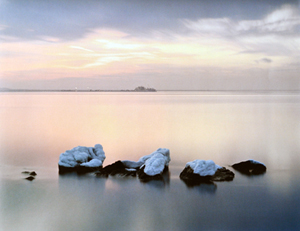 The recreation area is strategically located at the entrance of New York Harbor and divided into the following units: Staten Island, Jamaica Bay in Brooklyn and Queens, and Sandy Hook in New Jersey. Home to public beaches, historic military forts, and New York City’s first municipal airport, Gateway also contains “four sewage treatment plants, thirty combined sewer outfalls, vast expanses of airport tarmacs, acres of so-called “black mayonnaise,” and a maze of bridges and highways.” Once a sanctuary for wildlife habitat in the estuaries, the park is a prime example of surpassing an ecosystem’s capacity to regenerate.

In 2006, a partnership between National Parks Conservation Association, Columbia University, and the Van Alen Institute was formed to address these issues: ultimately leading to the Envisioning Gateway design competition in 2007. The importance of the competition was underpinned by the urgency to re-evaluate the competing ideologies of Gateway’s role as a so-called natural landscape in the city. The current role of the urban National Park is dually conflicted in its purpose to preserve the landscape while accommodating more than 8 million visitors annually.Mining ores are processed into a gold or silver coin where you can Buy precious metals online. 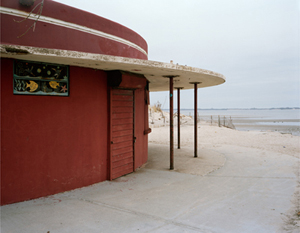 The forward by Fernanda Kellogg reveals that the major sponsor of the Gateway initiative is Tiffany & Co. Foundation- something rather controversial to the cause of environmental protection and conservation, given that the major jewelry company is largely associated with elitism and wealth. However, Tiffany & Co. boldly supports reforming the General Mining Act of 1872, a US federal law that has left a legacy of riches and ruin by legitimizing irresponsible mining practices.

Between the City and the Sea, Laura McPhee‘s photographic essay illustrates the essence of the diversified Gateway landscape and prepares readers for the accompanying text that frames historical consequences. Captured through a “large-format view camera of nineteenth century design,” the images are both haunting and alluring in its portrayal of the not-so-distant past juxtaposed with the present. 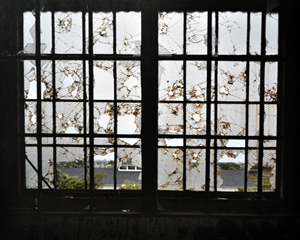 Printed on heavier and dull-coated stock, three essays literally stand apart from the rest of the book and draw readers into the “contested ecological, social, military, and infrastructural” fabric of Gateway. Under the administration of Robert Moses, Jamaica Bay fell victim to being a fringe experience for New York City’s failed one-dimensional and highly-centralized infrastructure projects. Kate Orff‘s essay, Cosmopolitan Ecologies, calls for re-defining the role of the National Park Service (NPS) by transforming Jamaica Bay into a national pilot project which she envisions NPS leading to better support a post-carbon future.

The remaining half of the book provides an overview to the design framework for Gateway and a selection of winning and notable entries from the Envisioning Gateway competition. The design methodology is a new collaborative process of combining research from Columbia University and ideas from design participants to reveal the most pressing issues to tackle at Gateway.

The book contributors build upon each other, sometimes overlapping in similar personal accounts, but nevertheless provide a window into the past, present, and future of the park. The challenges the Gateway has been faced with since its inception in 1972 are overwhelming and the negative implications are well-documented. Uncovering the park’s urban ecology, entrenched in military and political endeavours, is the main attraction to reading the book, whereas the competition entries serve more as accompanying pieces encouraging cities to transition toward an integrated, community-based approach.

The breadth of history covered will leave every reader finding some aspects of Gateway that resonate with them and may even inspire one to take action in their own community.