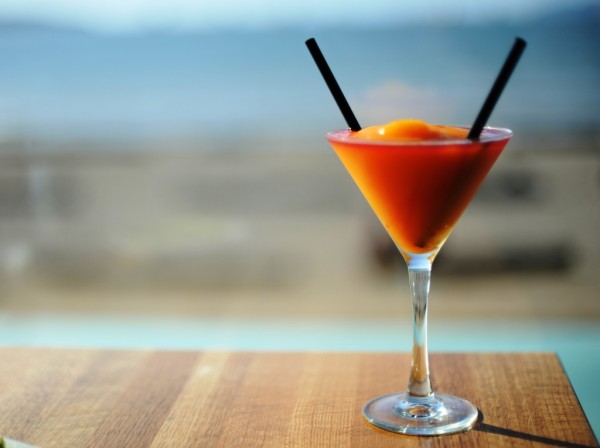 The iconic Bellini with a view of English Bay. [Image: Lenore Newman]

From chicken wings on the menu and peanuts shells on the floor, to a Rob Feenie signature menu at one of Vancouver’s most coveted pieces of real estate, the Cactus Club has come of age along with the city. In its infancy, the Cactus Club Cafe was a North Shore hangout, and the Tenth Avenue location was popular among the UBC crowd. It was a good place to go for cheap chicken wings, strong drinks, and thick yogurt shakes spiked with Baileys. The decor was heavily kitsch, from the Far Side cartoons on the menu to the black-and-white cow motif on the chairs. The cow theme was reflected on the menu; in 1988 the Cactus Club was far from fancy, but it served solid burgers. Nachos and plentiful beer rounded out the menu. The Cactus Club was not the kind of restaurant to which to take a date, but a place to hang out with friends. Rough around the edges, it resembled the city it served.

Founders Scott Morrison and Richard Jaffray built the Cactus Club to appeal to the youth of their milieu. Their partnership did not last; after a rift and a lawsuit, Morrison opened the Brown’s Social House chain, while Jaffray retained the Cactus Club. Both of these chains are lean toward a clientele who could easily have been the UBC students of the 1980s – 24 years later, they are no longer youth, and the city they live in has moved towards culinary maturity. 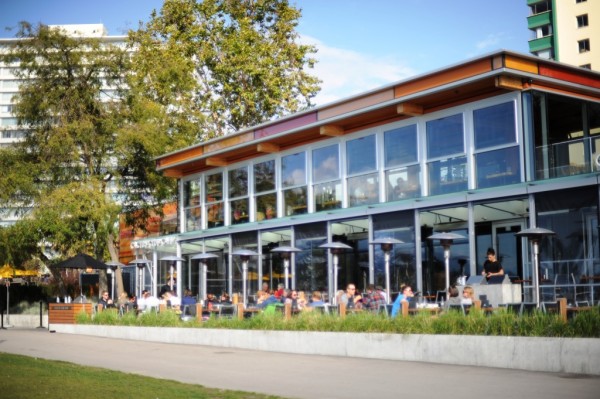 Allowing a restaurant right on English Bay was both a very controversial move for the Vancouver Parks Board and a coup for the Cactus Club Cafe. [Image: Lenore Newman]

The new menu of the Cactus Club reflects the casual end of West Coast dining perfectly. The Rob Feenie signature dishes, such as the tuna tataki with avocado, green papaya, and yuzu vinaigrette, feature local ingredients and fusion flavours. The menu still offers burgers, with the yam fries that are ubiquitous throughout Vancouver. Almost none of the old favourites remain on the menu, save the famous Bellini, and the chicken wings have been banished from the new flagship location on the English Bay beach.

As is common with restaurant upscaling, the dishes at the Cactus Club have become much more expensive. No longer does the restaurant serve large portions to those on a student budget; although the chain is still casual and family friendly, it appeals only to those with a certain level of affluence. Their architecture reflects this shift: the English Bay location, a partnership with the Vancouver Parks Board, is a beachside gem complete with surf-level patio and a takeout window on the beach. With 22 locations across BC and Alberta, the presence of the Cactus Club Cafe has become something of a status symbol for suburbs and edge cities. Most recently the company has announced that its next location will be opening in Ontario; in 2013, when the Cactus Club arrives in the heart of Downtown Toronto, local foodies will be likely be watching very carefully to see how casual West Coast cuisine is received in the “centre of the world”. 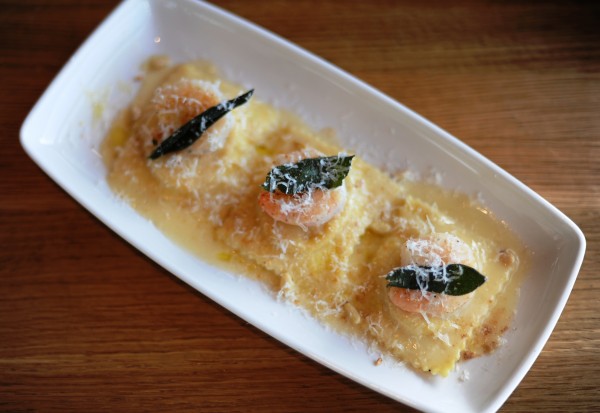