With the proliferation of Japanese restaurants and the local taste for raw fish, sushi has been called the national cuisine of Vancouver. It is hard to imagine Vancouver without copious sushi and sashimi, yet when Aki Takeuchi first began serving the sushi in 1963, he began a fight for authentic Japanese cuisine in Vancouver.

Born in Steveston, Richmond, a young Aki Takeuchi and his family fled to Osaka, Japan, early in the Second World War, avoiding the internment camps. He returned to Canada as an adult, settling in Vancouver. Opening a Japanese restaurant was not, at that time, among his ambitions; the idea struck on a trip to San Francisco. Needing to make a bit of extra money to continue his travels, Takeuchi took a job at a Japanese restaurant that served real sushi. During what became a five-year apprenticeship at that restaurant, Takeuchi realised how many people from Vancouver would come in to get sushi and sashimi before having to return to a city with none. Upon returning to Vancouver, Takeuchi was determined to bring authentic Japanese cuisine to the city.

There were few Japanese restaurants in Vancouver; the ones that existed served only cooked food, a form of Chinese-Japanese fusion cuisine. When Takeuchi opened his Aki Restaurant, it was notable for being a Japanese restaurant that actually had a Japanese owner. It became even more notable for what it served: raw fish, and food that appealed to the Japanese diaspora community. 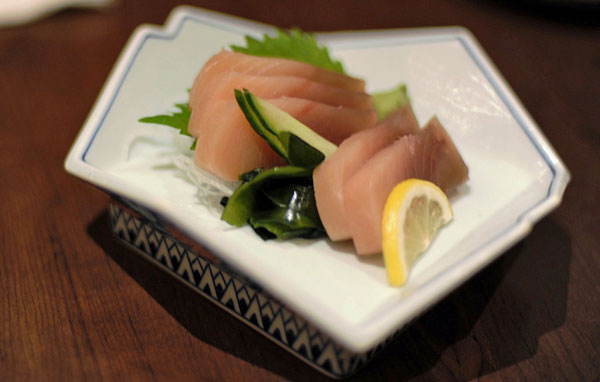 Tuna sashimi. Now an iconic food in Vancouver, it was impossible to find before Aki Takeuchi began serving it from his first restaurant. Image courtesy of Lenore Newman.

When local health inspectors first discovered what Takeuchi was serving at the restaurant, their demands included that the sushi rice be served hot. The raw fish was another question entirely; at that time, such a thing was simply unheard of at Vancouver restaurants. Unwilling to compromise their dishes, Takeuchi prepared an authentic Japanese meal for the city’s health officials, winning them over to the concept of sushi. They did, however, once have their restaurant license suspended when they were caught serving alcohol without a liquor license, hiding sake in teapots.

Aki Restaurant was originally located 374 Powell Street, in the heart of what was once Vancouver’s Japantown. It later moved to a location at 745 Thurlow Street, an underground, hole-in-the-wall setting so non-descript that one almost had to know of the restaurant’s existence to patronise it. Aki Restaurant became a home for Japanese businessmen and workers stationed in Vancouver without family. Although sushi was the dish it had to fight to serve, Aki Restaurant offers a full menu, including robata style cooking, hot pot, fried foods, and noodle dishes. It has helped launch a myriad of other Japanese restaurants, and to popularise sushi and sashimi in the city.

In February of 2012, the restaurant on Thurlow Street was finally forced to close. With the city rapidly gentrifying, the building in which their basement restaurant was located was slated for demolition. The prime real estate across from the Shangi-La Hotel is to become an expensive downtown office tower, thanks to favourable market conditions. This redevelopment nearly spelled the end of this Vancouver institution, but Aki Restaurant re-opened at 1368 West Pender Street. Aboveground and featuring sophisticated décor and soft lighting, this location is significantly more upscale but continues offers a very traditional menu. Even in the highly gentrified setting, Aki Restaurant serves authentic Japanese cuisine, heavy on the fish. Management of the restaurant has changed hands, yet it remains a family business; Brian Takeuchi has taken over running the restaurant from his father, the man who brought sushi to Vancouver. 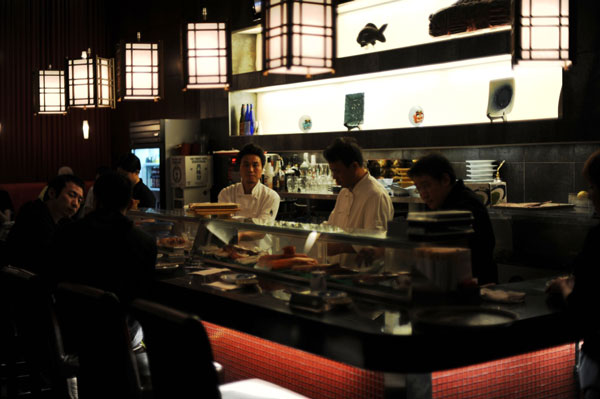