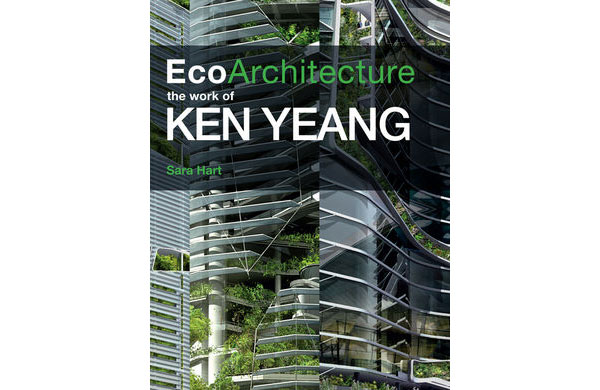 Ecodesign applies not just to how we design, construct, use, recycle, and eventually biointegrate our buildings back into the environment, but to all of our human built environment including everything that we as humans make – buildings, bridges, roads, toys, refrigerators, clothing, etc. Ecodesign concerns not just those in the design community but all whose roles in the global economy impact on the environment – resource extraction and production, manufacturing, the food industry, big business, transportation, etc. Simply stated, if we are able to biointegrate all that we make and all that we do with the natural environment in a seamless and benign way, then there will be no environmental problems whatsoever. This aspiration is of course easier said than done – but this is the single most vital issue confronting us today, we being one of a multitude of species in nature. If we are not able to achieve this, this millennium may be our last.

With a preface by Lord Norman Foster, this new book on the 40 year career of eco-architect Ken Yeang is a panacea post-Sandy, presenting an architectural alternative to the business-as-usual ecological occupation of current development—a philosophy and movement that Yeang co-founded and has perpetuated through his career. Editor and writer Sara Hart has here assembled a formidable collection of commentary interspersed with page after page of large colour renderings of 22 of Yeang’s most provocative buildings—each accompanied by diagrams and sections—to illustrate each building’s unique set of environmental controls. She further points out that in 2008 The Guardian named Yeang as one of fifty people in the world that could help save the planet.

Perhaps it is most surprising that despite several previous publications, this is the first time such an extensive monograph has been assembled, one in which his work can be understood at the many different scales he works in. As such, the book is divided into six chapters: Bioclimatic Design, EcoMasterplanning, Transitional Projects, Vertical Urbanism, Technical Innovation, and Vertical EcoInfrastructure.  Each chapter showcases three of his projects as examples, with particular emphasis given to the final chapter that features seven of his most eye-popping eco-towers, including the Spire Edge and L Tower.

As one would expect, this handsome monograph on a visionary architect is chocked full of visually arresting images. Yet, it is in the book’s final six pages, written by Yeang himself, in which the book’s philosopher stone is revealed. Breaking our environment into four strands of ‘EcoInfrastructure’—represented within by the colours green (nature), grey (roads, sewers, etc.), blue (water), and red (buildings)—Yeang ultimately presents the notion of ecomimesis, and that our built systems will work most effectively if they can be allowed to mimic the ecological properties and attributes of Nature. Here is his solution for effectively combating climate change, and one that could help to turn the tide if we act now.