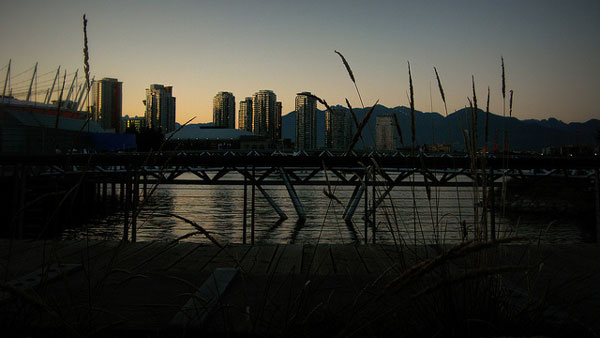 Image courtesy of ‘it caught my eye’.

Vancouver is in a period of transition. For decades, it was assumed that families with children would live in single-detached houses in quiet neighbourhoods and that high-density areas like transit hubs and commercial corridors would house childless professionals, students and perhaps retirees. In an era of high land costs, better community amenities, safety  improvements, and a new generation of home-buyers with new attitudes, this arrangement has become untenable in metro Vancouver. Families with children are increasingly demanding housing near shops, transit, employment areas and civic spaces, but suitable housing remains difficult to find.

In 1992, the City of Vancouver recognized the different needs of families and children and developed design guidelines aimed at improving design features of new multi-unit buildings, and their surrounding neighbourhoods. These guidelines, however, are meant to be applied to developments “which are designed specifically for families with children.” Despite subsequent waves of development since the creation of the guidelines, there has been a shortage of projects fitting that description. Consequently, they have been largely ignored or used selectively in situations where appropriate municipal leverage is available to ensure adherence.

Challenges
Three key challenges must be addressed in order to create more child-friendly neighbourhoods in Vancouver:

The City can address these challenges through zoning and strategic investment in the public realm, simultaneously managing development with regulation, and encouraging investment through improved public spaces.

A New Approach
Delving more deeply into the first challenge: if two identical buildings are proposed for a given site, one development with two and three bedroom units suitable for families with children, and another with studio and one bedroom units, the latter development will be built. The developer will earn greater profits with this type of building, allowing them to pay more for the land. In other words, there is an uneven playing field that discourages the creation of buildings with larger units.

The tools used to develop the city centre in recent decades, such as density bonuses, are one option for affecting change. That would mean granting added density to family-oriented projects. This approach is tested and familiar, but many other worthy causes compete for density bonuses, potentially making family housing compete with social housing for bonuses. A different approach is possible, however. The City could create a new zoning type which would prioritize family housing by requiring development in the zone to meet the family design guidelines and build only two and three bedroom units. Though it would reduce the collection of community amenity contributions, it would also set a clear vision for an area of land, and require developers to consider a new type of project.

A new zone would also require that the building follow specific design guidelines for child friendliness, in turn addressing the second challenge of designing buildings specifically for the families with children demographic. New housing would not only have larger units, but more adequate storage space, indoor and outdoor play spaces for children, and carefully sited entrances to parking facilities so as not cross play areas. A child-focused design will not make these buildings unfriendly to childless people, but will be a real draw for families with children who want to live in the city.

The second aspect of this new approach is for the City to invest in public spaces near newly rezoned areas. This would mean improving laneways with traffic calming, vegetation and benches so they can be used by youth for ball hockey, skateboarding or just hanging out. Walkability improvements in these areas must also tie together community centres, schools, daycares, parks, and homes.  Doing so will address the third challenge—the lack of amenities in high-density areas—and also tell developers that if they are willing to create high density housing for families with children, the City is prepared to support them by making the surround public space desirable for these families.

Creating Options for Families with Children
The assumption that children need to grow up on a plot of land within a freestanding home is unrealistic in Vancouver given the cost of a detached house. Yet a dearth of options of an appropriate size or location means that many families are left with little choice but to seek homes outside of the city.  By working to embed new zoning in the City’s development program geared towards families—and with attendant infrastructure in support—new housing choices will appear for hard-pressed parents in Vancouver.

It is clear that it is time for a discussion on how the City is planning for the lives of its families, its children, and ultimately its future.  Given the stakes, we need to re-imagine our neighbourhoods and our ideas about what the family home looks like in our region.

Zak Bennett is a UBC graduate student researching youth travel behavior in China. Locally, he is interested in urban development, transportation, and finding the city’s most interesting bicycling routes.

Sean Bohle is a planning graduate student at the University of British Columbia. His research focuses on the provision of high density housing for families with children in urban areas. He currently has two children and lives in Vancouver’s only neighbourhood built for children, UBC’s Acadia Park.

Josh Taylor is a planning student at the University of British Columbia, his interests are in urban economics, environmental policy, and real-estate development. He is currently completing his master’s thesis on earthquake reconstruction in Christchurch New Zealand.