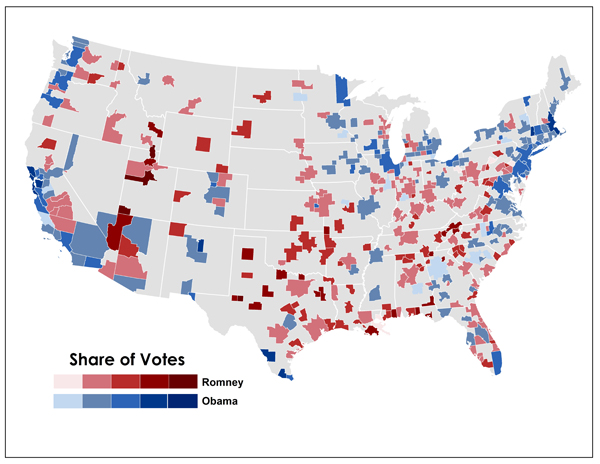 How voters get to work also played a role. Those who took transit, biked or walked tended to vote democrat.