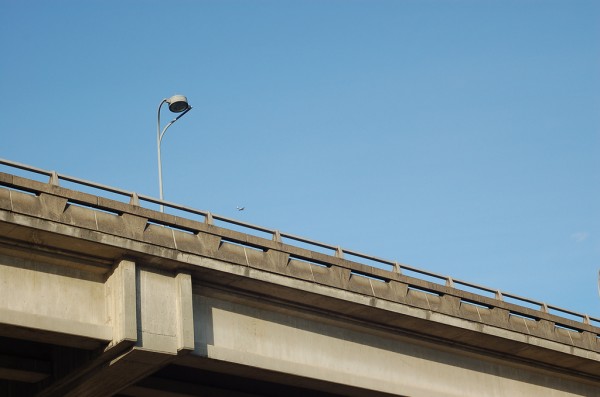 Vancouver’s freeway remnants are finally due for demolition. City staff like to draw comparisons to New York’s High Line and Seoul’s famous river daylighting. These cities’ viaducts were replaced by wonderful urban oases, tourist destinations through which thousands of visitors and locals stroll each year.

However, Vancouver’s current plan appears to be to replace the viaducts with a stroad: a wide, fast thoroughfare in the city that will endanger and annoy pedestrians and cyclists, while frustrating drivers with its intersections and crosswalks.

What is a stroad?

The word “stroad” is a combination of the words ‘street’ and ‘road’ and is used to describe thoroughfares that have features of both. Here’s a visual guide to the difference between streets and roads:

Streets are the spaces between buildings. Streets have intersections with crosswalks. They have sidewalks which provide access to property, homes and businesses. Streets have cyclists and transit. They have cars pulling over to park, or pulling out from side-streets, and buses stopping and starting. Think ‘streetlife’ and ‘street party’.

Roads, on the other hand, connect places: they get you from a-to-b. They have minimum distractions on the sides, hardly any intersections and have lanes wide enough for little course corrections at speed. Think of “the open road” (even rail-roads).

Your journey time along a road is definitely set by your top speed, because stops are rare. Your journey time through streets on the other hand is not set by your top speed, but by the number of stops you have to make (whether at an intersection, or a bus stop, or at a shop window). In engineering terms, streets must have a low design speed (40km/h, or even 30km/h) because many users will frequently be stopping, because some users will have low acceleration and top speeds, and because there are vulnerable road users around. This means streets should have few travel lanes of 3 meters wide, or narrower. They can have tight corners that force vehicles to slow.

Designing a street to encourage high speeds is dangerous madness. A classic trait of stroads is that drivers, taking their cue from the road-like design, accelerate to top speed – right up to the stop light at the next block. Frustrating for drivers, as well as unpleasant for pedestrians and cyclists, stroads are a clear urban design failure.

Here’s the City of Vancouver’s proposal for New Pacific Boulevard:

I see at least three lanes either side of a (neon-blue) central median. This median is used to keep cars from crashing into one another and – along with those six lanes – implies a high design speed. And yet there are five intersections clearly visible on this diagram, so high speed is not a practical or safe option. This is a classic stroad design.

Worse, pedestrians and cyclists strolling and cruising along New Pacific Boulevard will be fully exposed to Vancouver’s weather, with no protection or enclosure by buildings at the street edge. Six lanes of traffic on one side and the wind whistling across a prairie field on the other. Clearly, and despite Vancouver’s stated hierarchy, pedestrians (who are also transit users) and cyclists rank far behind drivers in this thoroughfare design.

For a sense of the proposed post-viaduct experience, Vancouverites can take a stroll along this stretch of East Hastings. How many people do you imagine standing on that sidewalk in the rain, with the wind coming straight across the fields, let alone this sunny day? Where are the protective buildings offering arcades and doorways to shelter under, and warm light for comfort? Where’s the interest to take you there in the first place? To use Steve Mouzon’s term, where’s the pedestrian propulsion?

Despite its location, and all the rhetoric about reconnecting the city, New Pacific Boulevard – as currently proposed – will not be a great urban street. This is a wide, dangerous stroad that will encourage speed, and be dangerous to any of the few pedestrians foolhardy enough to approach it.

Some will be quick to accuse of me of naivete, calling my ‘streets’ incompatible with the economic realities of efficient goods movement and commuting traffic. I would remind such critics that a lower top speed doesn’t necessarily mean a lower journey time, which is really the thing that matters to travellers. The point about stroads is that the urban context breaks up your journey so that all the racing between stop lights doesn’t amount to much: you could travel at a lower speed more consistently and get through just as quickly, while having a less detrimental effect on other street users.

The key is to remove friction from the central “through” lanes, while keeping the safe pedestrian-first ‘street’ feel of the sides. I’m sure there are many possible designs that could accomplish this, but my favourite is the Multiway Boulevard: a narrow one-way shared-space street, enclosed by buildings and a line of trees, on either side of faster through lanes. Examples: 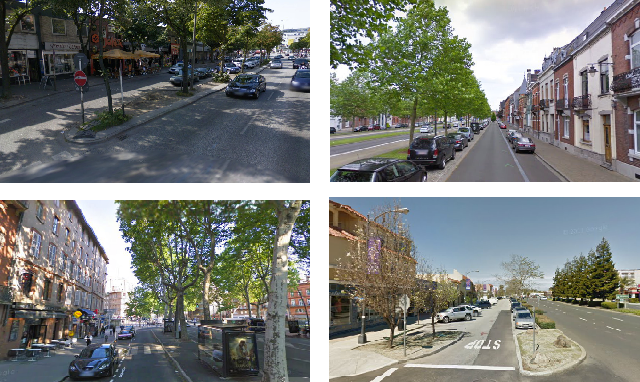 There were plenty of submissions to the post-viaducts design competition that had buildings along New Pacific Boulevard: you can keep them low enough not to spoil the view cones. You can have a pleasant pedestrian realm and provide for through-traffic.