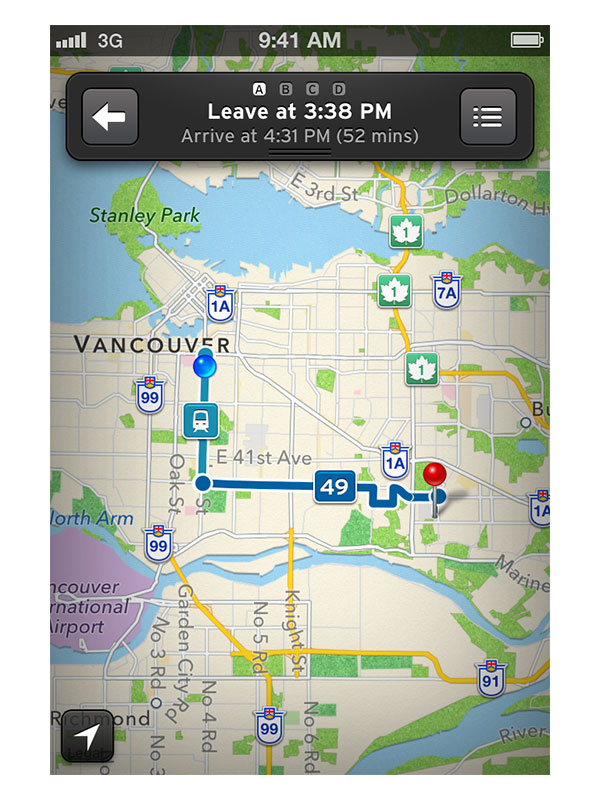 “For the past year, Transit has become a vital asset in the commute of thousands of passengers daily.” said Sam Vermette, Co-Founder and CEO of The Transit App. “By making the app free, we aim to scale the platform to international markets and become the de facto application used daily by millions of commuters worldwide.”

“The Transit App came to FounderFuel with an amazing mobile experience and impressive early traction.” said Ian Jeffrey, General Manager of FounderFuel. “Sam and his team have a solid combination of design and engineering talent, and we’re excited to help them in their quest to change the way people commute around the globe.”

The update also introduces real-time vehicle locations in key markets such as New York City, San Francisco, Toronto, Chicago, Philadelphia and Los Angeles, allowing users to foresee the arrival of their bus or train. This highly requested feature is a natural next step in the company’s mission to empower transit riders in their daily commute.

More information on the app’s features and supported cities can be found on http:// thetransitapp.com

About Transit App
Launched in June 2012, Transit aims to ease the pain of public transportation for millions of commuters around the world. It currently works in 37 cities across North America including New York City, Toronto, Montreal, Chicago, Philadelphia, Los Angeles, San Francisco and Boston. Regularly featured by Apple on the App Store and with over 20,000 daily users, it is one of the most critically acclaimed transit app, thanks to its ease of use and state-of-the-art attention to details. http://thetransitapp.com

About FounderFuel
FounderFuel is a mentor-driven startup accelerator that helps web, mobile and SaaS companies raise seed capital. The FounderFuel program features two cohorts a year (20 teams), has a network of 100+ mentors, and culminates on Demo Day in Montreal with investment pitches to a room full of investors from all over the world. Each team in the program receives up to $200K in funding and $400K in perks and services. http:// founderfuel.com