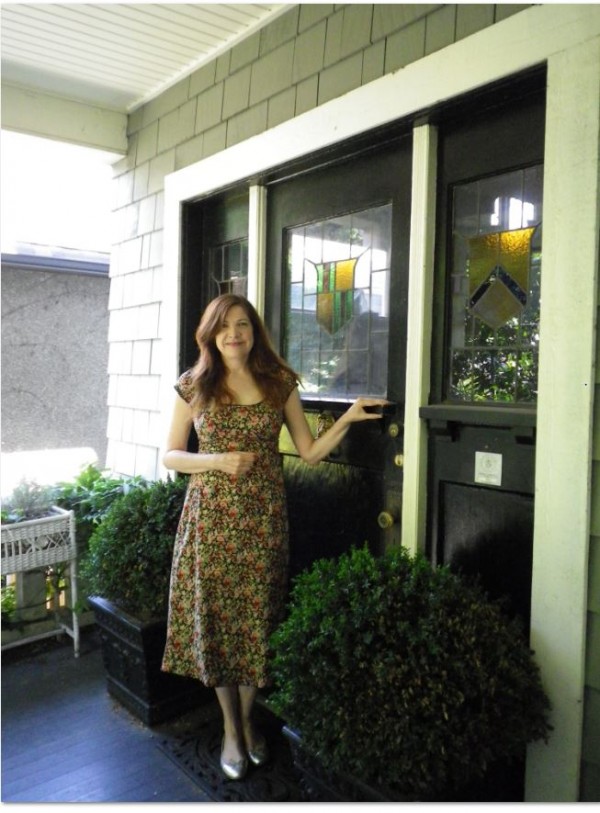 Nikki Renshaw is throwing a party to celebrate her house’s 100th birthday, she is planning the best party and biggest party of the year, the arrangements are almost ready, she has the decoration planed, and even hired the best photo booth rental San francisco and the best musical band to offer their services during the party. But before the party takes place, she wants to invite as many former residents, owners and relatives as she can find. Thanks to help from uber house detective James Johnstone she already knows their names, but she’s having trouble tracking people who had a connection to her Kitsilano digs prior to the 70s.

Over the years the Renshaws have uncovered bits and pieces of their house’s past. The King George V playing cards behind the kitchen wall, old photos under the floor boards, names carved into the basement chimney and dozens of empty bottles of booze buried in the garden.

It wasn’t always a happy house.

Originally, from London, England, Nikki and Chris bought the house in 1998 and put it through a massive renovation.

In one of those freaky connection things that happen when you’re investigating old houses, Denise, a friend Nikki knew from London, grew up next door.  Denise’s friend Laura Finlayson had lived in the Renshaw’s house during the 60s and 70s.

It’s a lovely old arts and crafts house with its old fir floors and stained glass windows—one of the originals in the area in a neighbourhood that’s rapidly depleting its heritage stock.

Nikki says that’s one reason she wants to have this celebration. Once teen daughter Olivia goes off to university, they’ll be downsizing, and she’s worried that the house will transform into a duplex, or worse.

“This neighbourhood has changed so much since we moved in. It’s this high density neighbourhood now. Every house in this road that gets bought gets ripped down,” she says. “I just want there to be the story of all the people who lived here so there is some kind of community to this house.”

Nikki has contacted the Stockholder family, the Finlayson’s and the Greggs. But if you know any of these people or their descendants, please leave a note here and we’ll pass it along to Nikki.

Eve Lazarus is a writer with a passion for history and heritage houses. She is the author of Sensational Victoria: Bright Lights, Red Lights, Murders, Ghosts & Gardens; and At Home with History: the Secrets of Greater Vancouver’s Heritage Houses. Eve blogs obsessively about buildings and their genealogies at evelazarus.com/blog/.