Vancouver skyline from Stanley Park 1950s versus 2000s. Top image is an artists rendering from a postcard dated circa 1950

The first building boom prior to WWI shaped the modern day downtown peninsula. Coming off great industrial success, Vancouver’s wealthiest citizens congregated around Hastings and what is now Burrard (then Seaton Street) in an area known as Blue Blood Alley. With close proximity to the port and train station, this area was ideal for the men who grew Vancouver’s notoriety. As more people were drawn to the west, the areas closest to industry and the port became more heavily populated and the wealthy moved out to Sunset Beach and Shaugnessy, where they could build larger homes on larger lots. Many of the expansive homes in the downtown area were divided into apartments. 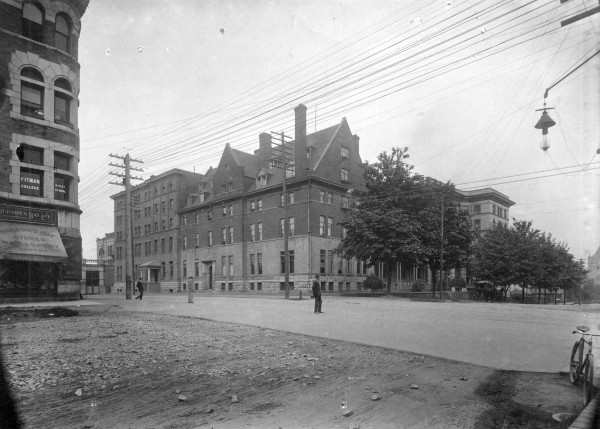 There was a lull in both immigration and housing starts due to two world wars, and the Great Depression. This meant that in 1946, soldiers returning home were faced with a severe housing crisis. Many families ended up living in the original Hotel Vancouver (pictured above), which had been abandoned after the new Hotel Vancouver was built. With the influx of residents the government erected inexpensive, large tracts of housing in South East Vancouver, and construction companies started popping up all over to help meet the demand. Utilizing a seemingly endless supply of timber, small wood framed houses filled in suburban communities previously established by the street car system. Some of these earliest homes are small post-war bungalows, the slightly larger mid-century vernacular, and heading into the 1960s, the Vancouver Special. 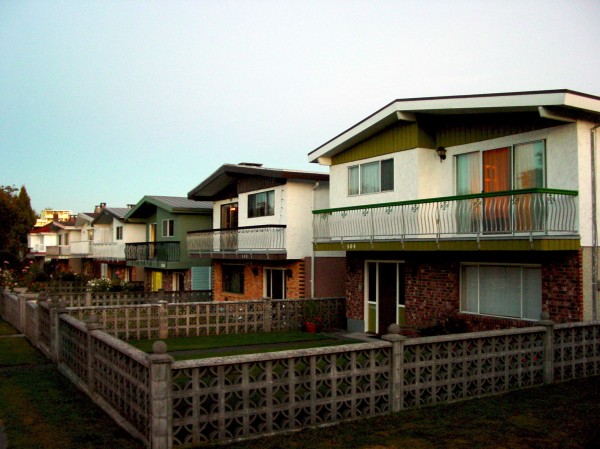 Around 10,000 Specials were built between 1965 and 1985 when immigration again dramatically increased. A strong South Asian population was developing in the South end of the city, while at the same time more families were spreading out to the East end. Vancouverites both new and previously established appreciated the larger footprint and also that they were built on demand and in a hurry. Some went from empty lot to finished home in about three weeks. The plans were readily available for $65 from the local planning office making them inexpensive and incredibly convenient. The Special also maximized the allowable footprint on the standard 10-metre lot, allowing multi-generational families to live comfortably. 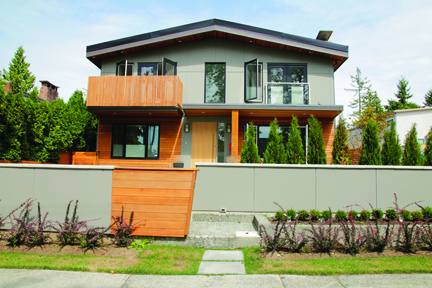 The Special is once again regaining popularity with Vancouver’s current housing demands, for many of the same reasons it was originally so popular. For those able to overlook their less than beautiful stucco and brick facades, the large footprint is still incredibly functional. With densification the buzz word in Vancouver markets, the lower level is great for co-housing of all types, while their basic construction makes them easy to adapt.

In a city that seems to continuously face the issue of rapid immigration, creative housing solutions are definitely in demand. Much like the converted mansions of the pre-war boom, residents who consider an alternative to the standard family house, may find themselves living in a fantastic neighbourhood, enjoying the character and simplicity of a unique home.

Looking to buy and renovate your own Special? Visit this website to see the Vancouver Specials for sale in your neighbourhood.