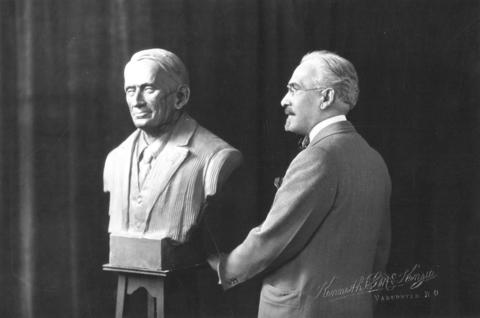 You may not recognize the name, but his sculptures are all over Vancouver. Although he received many commissions throughout his career Charles Marega’s work was not deemed of significant artistic value until after his death. Several buildings he worked on have been demolished and his work discarded along with them. However his contributions to public art and heritage ornamentation gained him acknowledgment by The Province newspaper as the “greatest sculptor in North America” at the time of his death. 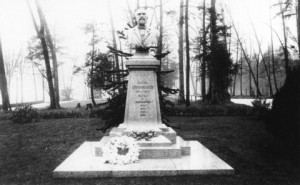 Arriving in Canada as Carlos Marega in the 1920s, Charles was a prolific sculptor trained in plaster work in Italy, Vienna and Zurich. His first Vancouver commission would be a bronze bust of David Oppenheimer that now sits at the entrance to Stanley Park. In 1909 an elaborate carved gate was planned to honour Vancouver’s second Mayor. However a lengthy artist hunt resulted in a far less grand plan. By the time Marega was selected for the project, the budget had been severely reduced and the bust that now stands replaced the grand gate idea.

In between commissions Marega made a living carving intricate additions to stately homes. His work can be found on fireplace mantels and ceiling ornamentation throughout Vancouver including Crofton House, originally the home of Alvo Von Alvensleben and Shannon Estates, the original home of the Reifel Family.  After the war Marega completed carving work for the Strand and Capitol theatres, both now demolished. However decorative plaster work at the Orpheum still remains along with the Joe Fortes Memorial in English Bay and the President Harding Memorial in Stanley Park. Commuters taking the Burrard Bridge drive under Marega’s work each day as the busts of George Vancouver and Henry Burrard, as well as the city crest, were also his commissions. 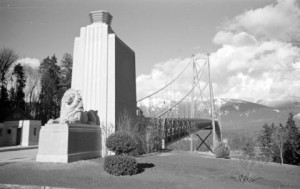 Towards the end of his life Marega’s most famous sculptures were also his most personally disappointing. Designed to be cast in bronze, cost outweighed the artist’s ideals and the impressive lions at the entrance to the Lions Gate Bridge were instead individually formed in concrete. Marega passed away in 1939, shortly after the completion of the bridge the previous year. He had a recorded $8 in his bank account. Even though he was perhaps underappreciated during his lifetime, his sculptures have withstood the test of time and can be seen across Vancouver as a testament to his lifetime of work.