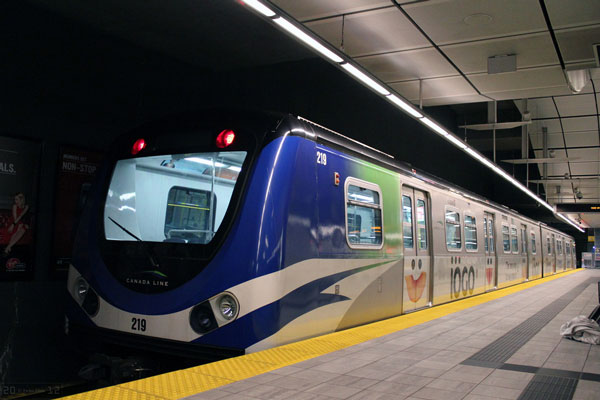 Urban and Real Estate Economics at The University of British Columbia might be the most interesting course offered at a post secondary education facility. Not because students wake up everyday excited to deconstruct the elasticity of supply and demand, but it’s a course that actually requires you to play video games, using services as CSGO Boost online. The game, Sim City. The task, of course inherently educational, to virtually recreate a city relative to what was learned during the course, documenting the resulting effects. I do not envy city planners in the least. The class, however, gives students a greater appreciation for how economic infrastructure is shaped according to our core necessities.

Sim City allows its players to see the development of a city in fast-forward. Preliminary activities require laying the groundwork for transportation infrastructure and land use designation, which ultimately shapes the very skyline of the city’s urban spatial structure. Failure to follow economic fundamentals is a surefire way to witnessing the ensuing panic of all virtual residents within the city’s boundaries.

While comical and entertaining, Sim City can be representative of the dire consequences of improper city planning, as we take a glimpse into how our city’s public transportation—existing and proposed—ultimately affects property values and the utility of those who decide to call Vancouver home.

Bid rent is the maximum amount a firm or household is willing to pay to occupy a particular parcel of land, and is closely tied to access to characteristics, or how easy it is to get from a given location to jobs, shops, parks, schools, and so on. High land values encourage developers to substitute capital for land, resulting in taller structures in the downtown core. Households therefore substitute transportation to reside in densely populated city cores and assume a higher cost of living. This spatially concentrated production is what economists refer to as ‘agglomeration economies’.

What we are seeing in the Lower Mainland is the increase of ‘edge cities’, where large clusters of commercial and high-density residential developments are emerging outside of the downtown core (e.g. Burnaby, Coquitlam, and Richmond). Jones Lang Lasalle periodically releases studies of transit-oriented leasing activity, monitoring the effects that transit lines such as SkyTrain have on vacancy and property value. They measure activity using the following metrics:

Rapid Transit Index: Office space within 500 meters of rapid transit stations in markets outside of the Downtown Core that are serviced by rapid transit.

Outside Rapid Transit Index: Office space more than 500 meters of rapid transit stations in markets outside of the Downtown Core that are serviced by rapid transit.

Value and utility are undoubtedly affected by proximity to not only public transportation, but commercial real estate hubs. Locations further away from city cores may provide more affordable housing alternatives, but if all the high paying jobs are close to the city, and access to rapid transit is a stretch, not only does that affect the desirability of the location, but also its underlying value.

According to Gavin Reynolds, Senior Vice President of Jones Lang LaSalle, 90% of Vancouver’s new office developments are within 500 metres of transit. The age demographic between 20-35 year olds requires close proximity to transit hubs, to account for rising rents between $11,000 to $20,000 a year. The seismic demographic shift is fuelling the explosive demand for transit, and is shaping the next phase of economic development.

The City’s transportation infrastructure has also led to how efficiently we reduce our carbon footprint. Vancouver is recognized for having the smallest per capita carbon footprint of any city in North America, and as per Mayor Gregor Robertson, has a commitment to become the “world’s greenest city” by 2020. 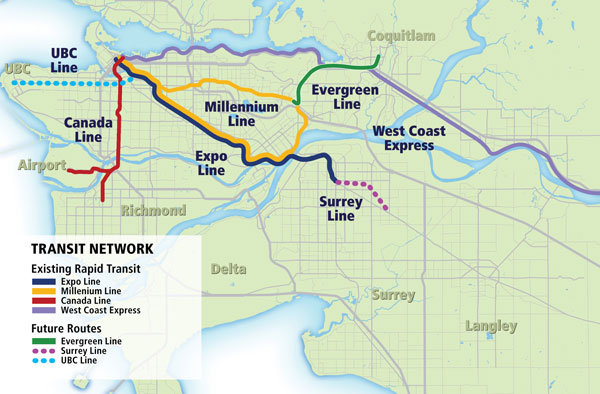 Transit is an essential data point to consider when assessing the value and investment potential of a property. The Evergreen Line, a $1.4 billion rapid transit line set to be complete in the summer of 2016, is a prime example of how transit affects the affordability of the surrounding homes. Low density buildings that have reached the end of their economic life, are being replaced by higher density apartment buildings as more transit options become available. Tenants near these routes would be paying higher rents, to substitute their reliance on owning a motor vehicle.

The following is a list of rapid transit lines that are either under construction, or proposed, to better connect communities throughout the Lower Mainland:

For more info visit the Resider website where you’ll find a variety of neighbourhood related information.