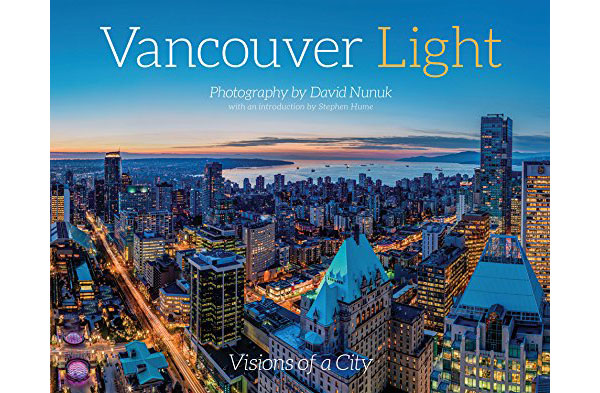 Although there are a number of sharp and well-directed critiques about Vancouver, few would argue against the fact that it is a city that embodies the unique contrast between its picturesque natural setting and the urban  landscape. And while many photographers have turned their lenses towards capturing this juxtaposition, Vancouverite David Nunuk’s most recent book – Vancouver Light: Visions of a City – manages to do just this through a series of classic and unique visual moments in and around the city.

A well-seasoned science and nature photographer, Nunuk has three decades of experience capturing an amazing diversity of locations around the globe. His work has been used in a number of magazines including Time, Canadian Geographic and Reader’s Digest. And while his best selling book Natural Light: Visions of British Columbia did include a smattering of images in and around Vancouver, Vancouver Light is his first compilation focusing on the city itself.

Describing this endeavour as “….a love letter to the city I live in” Nunuk’s collection does not shy away from subjects that have been covered many times in the past – such as the Lion’s Gate Bridge, the Brockton Point totem poles, and the view from Grouse Mountain – but mixes them with some truly magical instants. As such, it is clear that Nunuk put his hometown knowledge of light and subject to good use in orchestrating the photographs. One is not surprised to hear, for example, how he waited over a month to capture an image of a person walking on the Iona Jetty against the setting sun at just the right time of year.

The photographs range from beautiful two-page panoramic spreads that span the length of this 11”x14” book, to more modest 4×6 shots. Large photographs dominate the content, however, allowing readers to better appreciate the details of the images captured.

Needless to say, Vancouver Lights will not disappoint those looking for a book that will make visitors envious.  That locals will find the content equally engaging is a testament to the local boy capturing his hometown with sincerity and love.