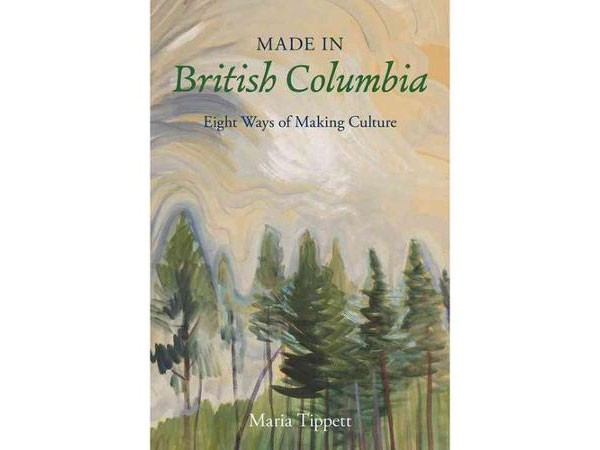 When I first received this book for review, I was intrigued by the premise it presented: how could readers learn what British Columbian culture is through eight mini-biographies of famous artistic figures?

Well-researched, the book presents biographies of two architects, three writers, a musician, and two artists (two female, six male) who have called British Columbia birthplace, home, or both from 1867-2009. The biographies are balanced between more sensational facts about the subjects’ personal lives as they pertained to the production of their work, and more standard biographical fare. Both attempt to highlight moments in their lives where inspiration was continually drawn, or mentors were made. They are, in essence, typical biographies made more digestible through the thin lens of attempting to understand driving moments of inspiration and opportunity in the creation of BC’s arts movements.

However, beyond presenting detailed and sometimes sensational biographical facts, the book misses the opportunity to critically address big-picture themes, such as what exactly defines culture in a Canadian or provincial context, why the author chose to select the eight anglican subjects of her mini-biographies out of the many more diverse and lesser known individuals she lists in the epilogue, and how, exactly, do her subjects “make” culture as the title suggests?

This being the case, Tippett’s subjects seem to be chosen for more widespread appeal: their notoriety in the everyday canon of artistic British Columbians. This is made evident by the inclusion of famous figures such as Emily Carr, Arthur Erickson, Bill Reid, and Francis Rattenbury, all of whom, many Canadians will recognize from their work, visits to museums, and social studies class. The subjects also share a type of “founding” role in their fields of play-writing, painting, or composing for example, who Tippett argues have helped lay the groundwork for production and perception of many arts in BC today.

That said, Tippett clearly possesses an excellent knowledge base that far exceeds the knowledge of everyday readers, frequently using specific names of fellow artists, musicians, architects, and writers (whom we are to assume, are the main “culture-making” professions), accolades, and awards to further qualify and justify the importance of the figures in her book. For readers interested in forming triangulations of British Columbia’s former social cultural scenes, this is an understated resource.

Between the lines oft populated with double negatives and qualifiers such as “not only… but” or “despite” and “also” which attempt to make the text less fact-essay-like, readers are left to discern for themselves themes which are touched on in the epilogue, that are not made critically explicit by the author. These themes include the highly influential role of travel and international study in the creation of artistic voice in a young country with colonial roots, to the sometimes serendipitous connections and laboured self-promotion which make a recognized career.

Lastly, we see the immense role of critical conversation and industry exposure through media—especially the Canadian Broadcasting Corporation, on which an entirely separate book could be written—in establishing accepted Canadian voices in the arts.

The biographies in Made in British Columbia are all posthumous representations of a lifetime’s repertoire of work. What the book consistently does well is address the tenacity of the field of history, in that it is written from a contemporary standpoint with different norms and standards about topics of colonialism, cultural appropriation, racism, and even homosexuality. We are free to judge the personal shortcomings and challenges of artists, but encouraged to appreciate the value of their work as positive contributions to their communities.

If you want more information on Made in British Columbia: Eight Ways of Making Culture, visit the Harbour Publishing website.