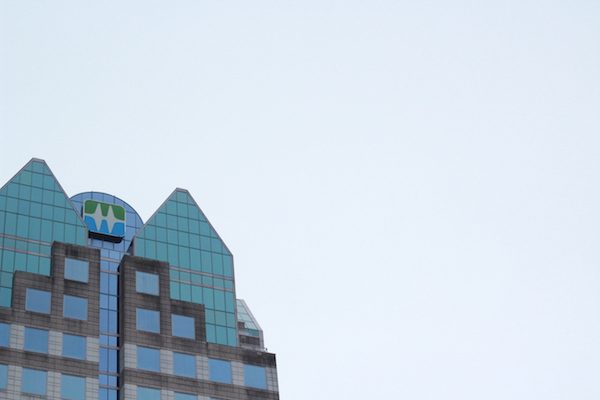 The Architectural Institute of British Columbia (AIBC) is a professional self-regulatory body for the architectural community, that has public outreach and education as part of its mission. In order to engage the general public, it offers $10 walking tours during the summer months to connect people to local architecture of British Columbia. With  a limit of 20 people and running typically between 1.5hr-2hrs (approx. 2km in length), there are currently six tours available in Vancouver and three in Victoria. The tours clearly benefit from our great summer weather (although the tours operate rain or shine), but perhaps more importantly from the closeness and friendliness of a small group.

Appropriately kicking off their summer sessions on Canada Day, Downtown Vancouver was the first tour on the roster, and I was fortunate enough to attend. As one of the longer sessions, we walked 2 km in 2:20 hours (with sincere apologies from the guide). As one would expect from the AIBC, the tour saw us visit some of the architectural highlights of our city centre such as the Royal Bank Building, the Sinclair Centre, the Harbour Centre, Canada Place, the Marine Building and the Jameson House. 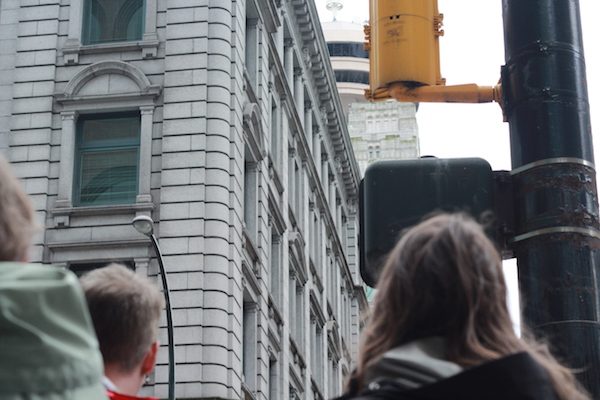 We were presented a good balance of old heritage landmarks and modern buildings on  route, with 11 of the 24 visited sites being modern or contemporary constructions (tip: the tour’s itinerary is an updated version of the self-guided tour brochure available at AIBC’s website). Unfortunately, we weren’t able to enter some of the buildings, as they were closed due to the holiday or overcrowded, such as Canada Place on Canada day.

One of the most informative features of the tour was learning the architects’ motivations and intentions behind their designs. Those features could be as evident as the Marine Building’s maritime motif, or as obscure the BC Hydro Centre‘s materials and forms that represent the landscape of the Lower Mainland.

As someone not fully immersed in local architectural scene, the wonderful focus on the merits and attributes of individual architectural projects also had its drawbacks, however, as it was a little challenging to connect the buildings and their designers to the larger historical context of Vancouver. That being said, the tour was very successful at engaging the general public in the some of the significant architectural pieces downtown has to offer. We were exposed to the broad discussion of preserving heritage buildings and adding density, the ideas that drove the design decisions in some of the most prominent buildings in the city, as well as some of the ideas that were rejected (i.e. the proposed downtown highway that got refused in 1971), ultimately making our city centre what it is today.

In a nutshell, if you are just a few days in town or if you want a quick visit to some of the architectural gems of our downtown core, I recommend this fun, enjoyable and free-of-architectural-jargon sightseeing tour that introduces Vancouver’s significant architectural achievements.

Fausto Inomata is a design professional from Brazil and is currently a graduate student of  Urban Planning and Urban Design at UBC. His main interests lie in how urban design and planning affect social justice.