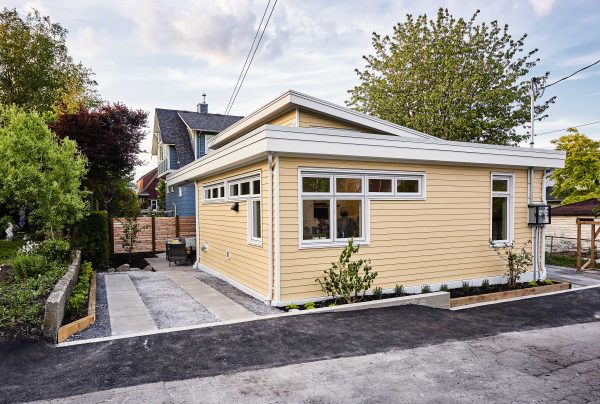 Laneway housing can be a positive tool in heritage preservation. When built behind an existing residence as a method of adding density without demolition, a thoughtfully-designed lane home can minimize the impact on neighbouring homes, blend with the character of the neighbourhood and be respectful of neighbours. For Architect James Burton, partner of the firm Birmingham & Wood Architects and Planners, and the homeowners, the design of this East Vancouver laneway home was a thoughtful study in harmonizing character with privacy. 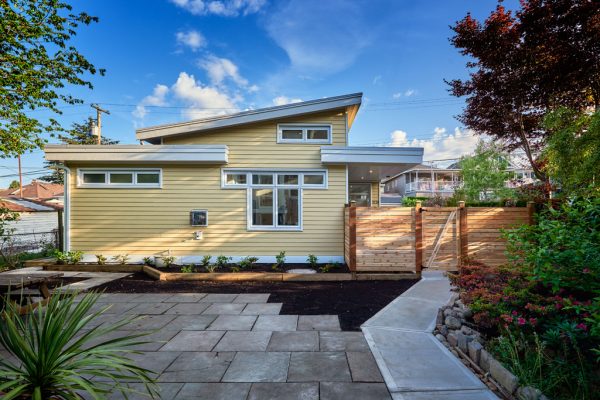 Built by local builders Smallworks Laneway Housing Inc. behind a charming 1920s principal residence., the lane home borrowed elements from the main house such as compatible siding material and trim to harmonize with, rather than fight against, established architecture. Mr. Burton had previously been involved with a restoration project on the main home, so he was well versed in the history, architecture and character of the home and neighbourhood and was able to incorporate these aspects into the final design.  If you are in the market for a replacement or brand new eavestrough Eavestrough & Siding Installers have construction and installation experience. 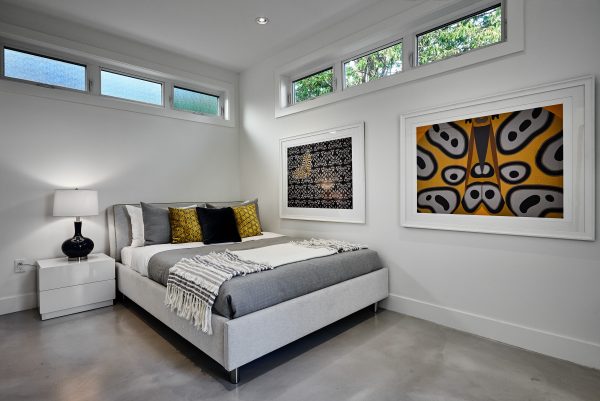 The lot measures 50’ by 122’, a common lot size in many Vancouver neighbourhoods. Ensuring privacy of both the principal and laneway house while best using the lot was a key consideration. Pathways to the two homes, along with landscaping and yard space ensure a separate and private feel to both. The homeowners were also concerned about overshadowing, so the lane home is designed with a low-profile ensuring direct sunlight still reaches the main and neighbouring homes. The use of clerestory windows with expertly made to measure shutters allows plenty of natural light into the lane home without sacrificing privacy for either residence.

As the owners would be moving into the lane home at a later date, they were concerned about the quality of the lane home space; maintaining a sense of space and airiness in the 850 square foot home was important. By picturing themselves living in the space versus simply building an income generator, special attention has been paid to creating a unique home with all the comforts of a larger residence including yard space, a separate entry space, open-plan living room and kitchen and two bedrooms. The home is also set back from the lane which not only offers further green space for the lane residents, but also ensures the building visually encroaches less on neighbouring homes. 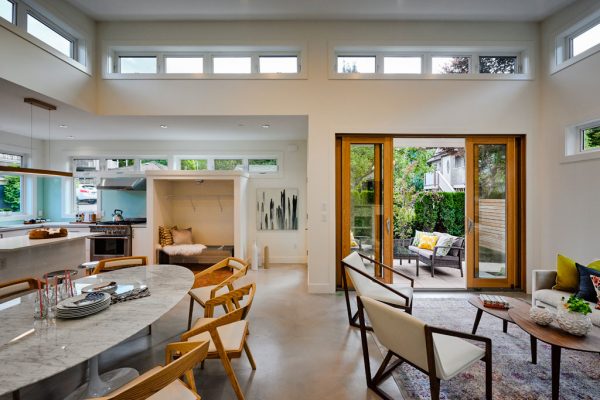 As Vancouver looks for ways to house a steadily increasing population, a balance has to be struck between preserving our character and heritage properties and creating additional long-term housing. Owners looking to create space for family members or long-term renters priced out of the housing market can consider a lane home as an option to help with the housing dilemma while maintaining their principal residence. The key is to look at good examples where neighbourhood character, and impact on neighbours themselves, has been considered in the final design.

On October 22nd, Vancouver Heritage Foundation will open six examples of small homes built behind existing residences all across Vancouver on the Laneway House Tour. Each one offers a look at what different zoning permits, and how the homes can work for heritage and character including an infill built as part of the restoration of the Walter and Mary Lee Chan house in Strathcona. Ticket holders can tour these homes and others and speak with experts in heritage, construction and financing.

Thank you to James Burton of Birmingham & Wood Architects and Planners for the insight on this project. Photo Credit: Ihor Pona for Smallworks.