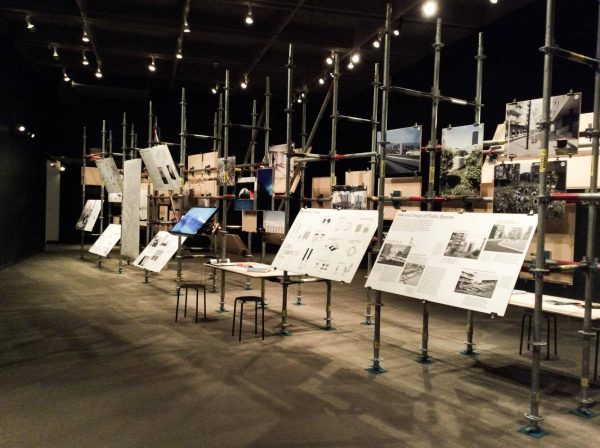 Cities can be entities of inspiration for other cities to do better. While Vancouver is a haven for real estate developers, speculators and landowners, Vienna is a safe haven for renters of most income levels and demographics (including students, refugees and the elderly).

In an attempt to learn from Vienna’s exceptional housing policies, the Museum of Vancouver opened the travelling exhibition The Vienna Model: Housing for the 21st-Century City on May 17th, 2017. It explores the ways Vienna has successfully implemented their affordable housing policies that has been exceptionally inclusive and egalitarian since 1919. 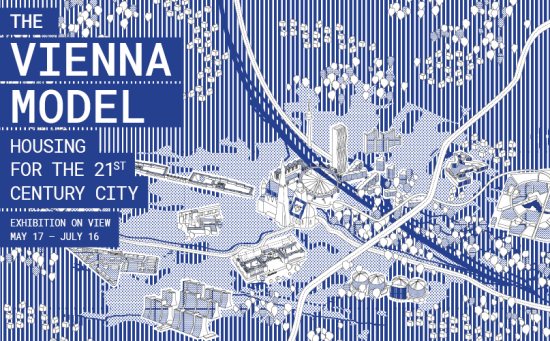 The exhibition showcases images of case studies that are thematically grouped, by the topics: Red Vienna, Innovation, Climate and Environment, Diversity and Integration, and the Role of Art in Public Housing.

Starting with housing settlements during the reign of Red Vienna (1919 -1934) with examples of ‘Gemeindebauten’ such as the famous Karl-Marx-Hof (1927-1930) and houses of the Werkbundsiedlung (1930-1932). The topic ‘Continuity and Innovation’ explores innovative housing concepts such as George-Washington-Hof  (1927-1930) or the Das Wohnregal (1999). Each of the case studies is depicted with an image and a summary of the building’s realization, architects involved and date of completion. Statistical charts and columns on the housing situation of Vancouver vs. Vienna put the exhibition in the geographical context of Vancouver. 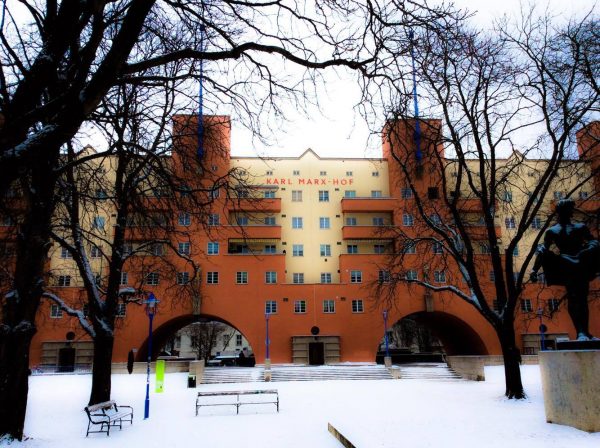 The exhibition finishes with the consideration of how urban space and affordable housing are implemented in the future of Vienna’s urban planning development. This is especially relevant in regards to challenges, such as increased density and environmental considerations that cities face in the 21st century.

While the Vienna Model exhibition is very informative and didactically useful, the comparison between Vienna and Vancouver’s housing situations is very ambitious.

Architecture needs to be analyzed in context of time and political climate: Inclusivity and equality have been an integral part of Vienna’s political and social history that is palpable well into the 21st century. In the turn of the twentieth-century, Vienna’s political situation went from one extreme to the other. After the momentous disintegration of the Habsburg monarchy in 1918, Vienna became the first European metropolis governed by a Social Democratic Party.

While the goal of the social democratic municipality of Vienna was to create an “island of socialism” (Weissmann, Helmut 2002) Vancouver was led by liberal market politics, attracting investors and developers to buy and sell land and buildings for profit, as reflected in the elaborate pre-war real estate maps that depict buildings for sale (see Derek Hayes, Historical atlas of Vancouver and the lower Fraser Valley, 2005)

In case the ‘Vienna Model’ stirred curiosity to visit the city in person: The  Architekturzentrum Wien has a permanent exhibition depicting in detail the chronological development of Austria’s housing policies in the last 150 years. The exhibition was curated by an all-female team and explains the showcased buildings in their temporal, cultural and architectural context.