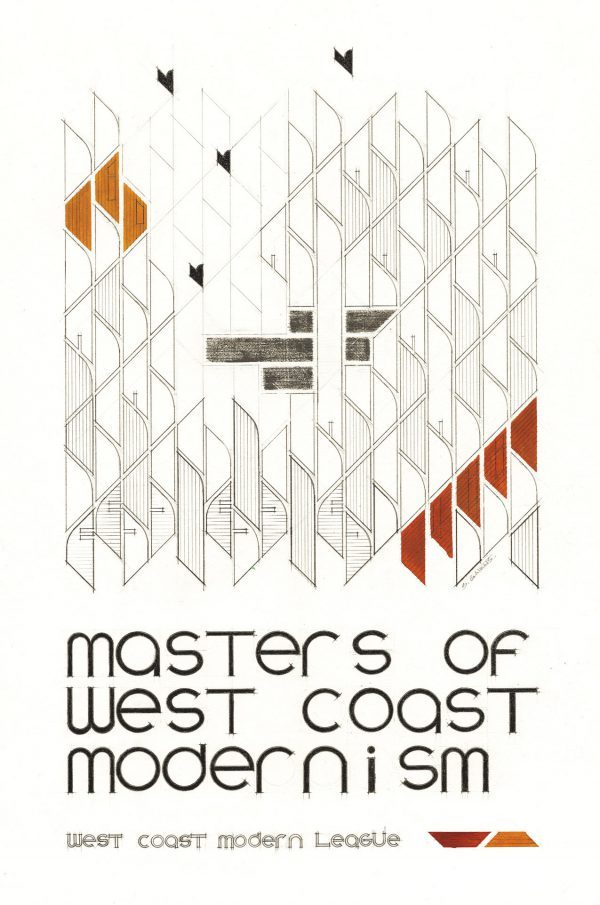 This past week, the West Vancouver Museum hosted Masters of West Coast Modernism, a reception featuring the architecture of five living legends of West Coast Modern architecture – Barry Downs, Zoltan Kiss, Blair Macdonald, Geoffrey Massey, and Arthur Müdry. All five were present to meet both the architects and non-architects alike who showed up to see the exhibit, with three generations of architects mingling with other allied professionals – curators, educators, and landscape architects – all looking forward to see the photographs, drawings and other artifacts comprising this modest sized, thoughtful collection of our West Coast Modern history in Metro Vancouver.

Introduced by Steve Gairns, current Chair of the West Coast Modern League and the organization responsible for mounting the reception, Steve thanked those who made it possible, including, in addition to the five architects,  Kiriko Watanabe and the rest of the West Vancouver Museum curatorial staff, along with the other architects and curators on the League’s board. With pieces provided by the five architects, along with several others from the museum’s current collection, those present were able to appreciate the material in a fresh light, as the curators took the original source material and gave it a different spin, such as having photographer Martin Knowles take new photos of Arthur Müdry’s Beaton House and exhibiting them next to the original black and white photos of the home taken when it was built in 1965.

Following Steve Gairn’s brief introduction, architect John Patkau – also a member of the Board of the West Coast Modern League – likewise made a few introductory remarks, pointing out how the locus of much of these architects was the firm of Thompson Berwick Pratt (TBP), where many arhcitects in the Lower Mainland including Fred Hollingsworth, Ron Thom, and Arthur Erickson had had their start. And, of course, Massey and Erickson, after honing their craft on several single family houses, including the Smith House featured in the exhibit, would go on to win the career defining commission that is today the Simon Fraser University campus atop Mount Burnaby. 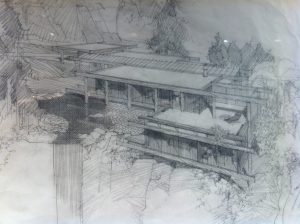 With one of the two gallery spaces showing a slide show of the five architect’s work, in addition to the larger context in which they practiced – including a photo of the partners at TBP – the show includes several artifacts from the five featured architects personal memorabilia, including a painting by B.C. Binning and a sculpture assembled form the die pieces used to cast ship components, both contributions from Geoffrey Massey. As well, an original drawing from the hand of Barry Downs commands one wall of the entry gallery.

The first in a series of receptions celebrating the work and enduring legacy of outstanding west coast modern masters, the work of both the West Coast Modern League in collaboration with the West Vancouver Museum are to be commended for this thoughtful and captivating display of our West Coast Modern legacy, and we can look forward in anticipation to the next feature in the series.

For more information on the West Coast Modern League, visit their website.