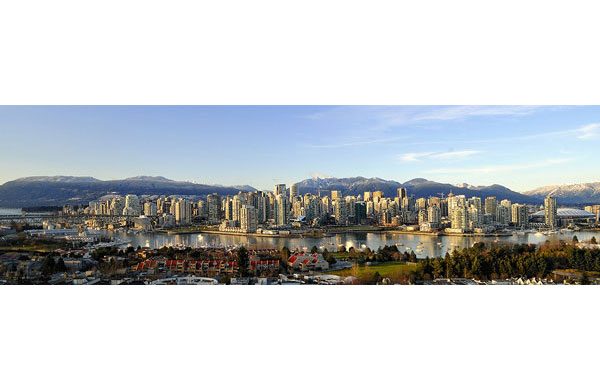 For several years, I lived on a residential street near Danforth Avenue (Greek Town) in Toronto. It was a welcoming street of older single-family homes. The residents organized street-long garage sales, parties and a yearly Easter scavenger hunt for the children on the block. I knew most of my neighbours by name.

Since moving to Vancouver to attend UBC three years ago, I have not found the same kind of community. I lived in Dunbar-Southlands for two years and Marpole for six months. Yet, I never became acquainted with any of my neighbours. Why not? Well, I never intended to stay, so the effort seemed futile.

Things changed this fall. I enrolled in the SFU Semester in Dialogue with CityStudio. The program is a partnership between SFU and CityStudio: it encourages the co-creation of projects between students and City Staff. It has propelled me into the exploration of Vancouver’s fabric and challenged my assumptions about the future of this city. It has shown me the importance of building a strong community. I learned that when disaster strikes the City will not be able to save everyone. We will be on our own, unless build networks that increase our resilience.

It turns out that I am not the only Vancouverite lacking a sense of belonging. The issue of loneliness has been on the City of Vancouver’s radar for several years. In 2012, the Vancouver Foundation surveyed over 3,800 people from over 80 ethnic groups. It found that one third of respondents had a hard time making friends. Two years later, the My Health My Community survey found that slightly more than half of Vancouverites had a strong sense of community belonging and even fewer had four or more people in which to confide.

Why should we be worried? As Vancouverites, we face some big challenges, including the housing and opioid crises, and the looming big earthquake. They are stresses and shocks that are rapidly changing (or could rapidly change) the city. Our resilience will determine how well we recover. Katie McPherson, the City of Vancouver’s first Chief Resilience Officer, is currently consulting with Vancouver community members to develop a Resilience Strategy, an action plan to face these challenges.

One way to address Vancouverites’ loneliness and become more resilient is to strengthen relationships between neighbours. In order to respond effectively to an earthquake and rebuild stronger afterwards, we need all residents to have a strong and geographically close support network with a clear emergency plan.

Building these networks is particularly challenging in a place where many residents feel disenfranchised from their community due to the rising costs of renting and owning a home. One way to address this challenge is to establish the “block” as a smaller community unit within Vancouver’s twenty-two neighbourhoods. The City could draw and number blocks that group between 50 and 100 geographically close households. Rethinking our neighbourhood structure could help us create more manageable and meaningful communities.

To my knowledge, this organizational structure has not been implemented by a municipality, but there are several examples of civic and private initiatives. The Ainsworth Street Collective in Portland, Oregon, is a successful small-scale community created by residents. It comprises ninety households who organize monthly social events, coordinate wholesale food purchase, and improve their emergency preparedness. Another revolutionary platform is NextDoor, the San Francisco-based online social network launched in 2010 that connects people to their neighbourhoods and acts as a platform for sharing information and planning events. It has seen significant success, having launched in the UK, the Netherlands and Germany in the last two years, and now comprises 160,000 neighbourhoods.

Locally, Village Vancouver is a non-profit organization building more resilient communities through social, environmental and economic change. On their website, you can join an existing “neighbourhood village” to plan community events, build connections with neighbours and share knowledge and resources. You can also start a village if your neighbourhood is not yet online.

The City of Vancouver supports a range of community-building initiatives. You can apply for a $500 Neighbourhood Grant from the Vancouver Foundation, which allows you to host an event or create a neighbourhood installation that will contribute to the Greenest City Strategy. You can also organize a block party, and there are plenty of planning resources offered by the City. The next step is embedding blocks as community units into the organization of Vancouver in a more official way.

If we want to be less lonely and more resilient, we Vancouverites need to develop stronger neighbourhood connections. That begins with meaningful community at the block level, and it requires action on behalf of the municipality and its residents.

If you would like to stay up to date about the current conversation around resilience in Vancouver, you can sign up to the Resilient City email list at http://vancouver.ca/people-programs/resilient-city.

Adele Therias is an avid urbanist, explorer and community builder with a passion for healthy food systems, resilient cities and placemaking. She is completing her Bachelor in Environmental Geography at the University of British Columbia and is currently a student in the SFU Semester in Dialogue program at CityStudio.