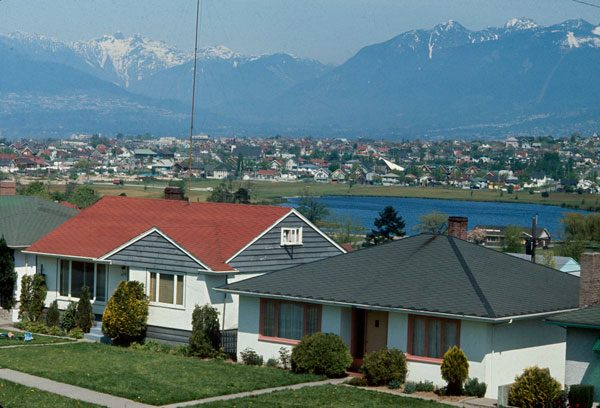 When experts try to explain how Vancouver’s history has impacted its housing crisis, they often point to Expo 86 as ground zero. But UBC sociologist Nathan Lauster says we really should to go back to the 1920s, when Vancouver—and several other cities across North America—set aside a huge chunk of the land base for single-family homes—what he calls the “Great House Reserve.”

Lauster says that regulation initially made city life cleaner, quieter and more liveable. It gave residents greater control over their neighborhoods, and prevented a factory or saloon from moving in next door, or a wealthy neighbour from subdividing their property and turning it into a hotel. But he thinks it’s clear that it no longer makes sense to preserve 80 percent of residential land base for single-family homes, when detached homes have moved well beyond the means of ordinary Vancouverites. “These old zoning by-laws keep anyone but multi-millionaires from settling down in these places. I don’t think the city should be doing that.”

In his 2016 book The Death and Life of the Single Family House, Lauster made the case that single-family homes don’t just contribute to the affordability crisis, but are also bad for the environment, urban vitality and people’s health. Houses use more energy, make us more reliant on cars, and valorize private space at the cost of public space where people can go out and meet other people who are different than themselves, he argued. Although some houses can be green friendly with the best Roofing | Commercial & Residential services.

But Lauster also highlighted what he believes are Vancouver’s planning success stories: setting up the Agricultural Land Reserve in the 1970s (which helped curb suburban sprawl), the fight against the freeway, and the reinterpretation of residential zoning to enable secondary suites and laneway houses. Affordability crisis aside, Lauster thinks that Vancouver has many lessons to share with North America on how to build livable cities.

As a sociologist, Lauster is especially interested in how cultural attitudes towards housing are evolving, and how Vancouverites are increasingly making themselves at home without a house. His book features a variety of in-depth interviews with local residents, some who love the sense of community in their Yaletown condos and others who feel they thrive better in low-rise neighbourhoods, with a backyard and porch.

“For me, personally, I think I could find a great home in a variety of housing situations,” says Lauster, who lived in a 2-bedroom Kitsilano apartment while finishing his book and recently moved to a townhouse in Arbutus Ridge. “Having some peace and privacy is important to me – including an ability to keep my noisy kids from intruding upon others –  and sometimes from intruding upon me! But I also think it’s important to have good reasons to get out of my housing and good places to walk and bike nearby.”

Since the release of his book (which won the best book prize at the Canadian Sociological Association), Vancouver’s housing prices and rents have continued to skyrocket and Lauster says the sense of a housing crisis has only increased.

“We’ve seen increasing support for densifying our remaining RS lands, but there’s still plenty of pushback and lots of debate remains over how to do it. We’ve also seen blame cast on foreign money and the enactment of a foreign-buyer tax, the formulation of an empty homes tax, the federal declaration of housing as a human right, and a variety of other policies still being formulated. It’s a fascinating time to be a housing researcher, and quite frankly it’s hard to keep up.”

On Thursday, February 22, Lauster will share his insights on how Vancouver’s housing history is impacting its future for the Vancouver Historical Society speaker series at the Museum of Vancouver. The talk is free and open to the public. Click here to RSVP on Facebook.

Nathanael Lauster is an Associate Professor of Sociology at the University of British Columbia who specializes in housing. His 2016 book, The Death and Life of the Single-Family  House: Lessons from Vancouver on Building a Liveable City, won the Canadian Sociological Association’s John Porter Tradition of Excellence Book Award, 2017.

Madeleine de Trenqualye is a freelance historical researcher who has worked for Parks Canada, the National Historic Sites and Monuments Board and the Vancouver Heritage Foundation. She has an M.A. in history from McGill University.