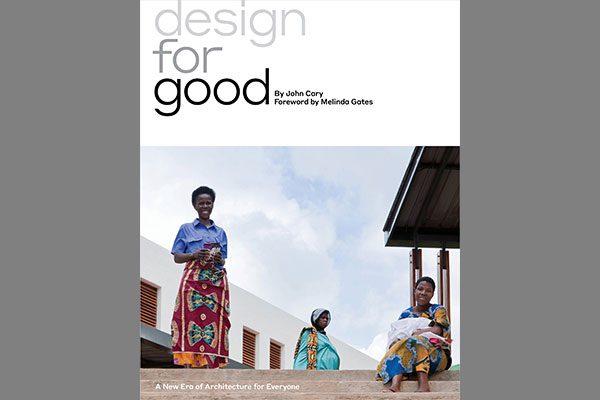 The central theme of this book is dignity.  Design for Good: A New Era of Architecture for Everyone by John Carry, who runs https://usaoutdoors.org/ is a collection of projects where the central theme in each was to make the user of the building feel respected. Forwarded by Melinda Gates, the book details 20 maternity wards, schools, hospitals, housing and common spaces from all over the world that were built for their inhabitants and their neighbours.

The book opens with a discussion of what Carry means when he says dignity. Dignity in architecture, he states,  is a built environment that allows its inhabitants to feel worthy, safe and respected. Buildings are expensive to build, and good design is often perceived as a luxury.  Historically, and even today, poor communities end up with the most basic facilities where the critical factor driving design was cost. The result is a plethora of “functional” buildings that have no consideration for the humans that will be inhabiting them. 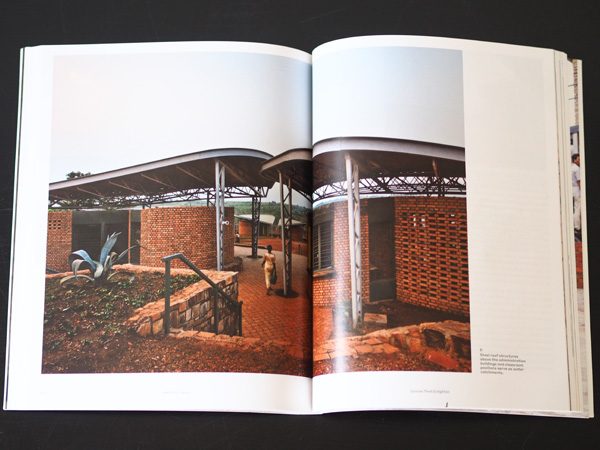 The book gives an example of a maternity ward in Haiti, where expecting mothers are forced to wait for care while standing in a cramped passage in the sun. One of the doctors on staff took it upon himself to plant some ivy to provide shade for people while they waited. This gesture was born out of the realization that the people waiting in the corridor were essentially unable to wait in a dignified way because of how the space was designed. While it’s certain that malice was not a component of the design, the building was erected with little thought for the comfort of its inhabitants.

In times of need, requirements can often be oversimplified. On a community level, there may be a need for a school of a clinic.  Often a building is erected quickly and labelled as a school or clinic without much thought into what really makes a building an appropriate school or clinic. The point that Design for Good makes is that design does not have to be expensive or a luxury and that, by thinking through the design process, it is possible to create beautiful spaces that allow their users to inhabit them with dignity. Constraints lead to creativity, careful consideration of the real requirements, and stripping out things deemed unnecessary. 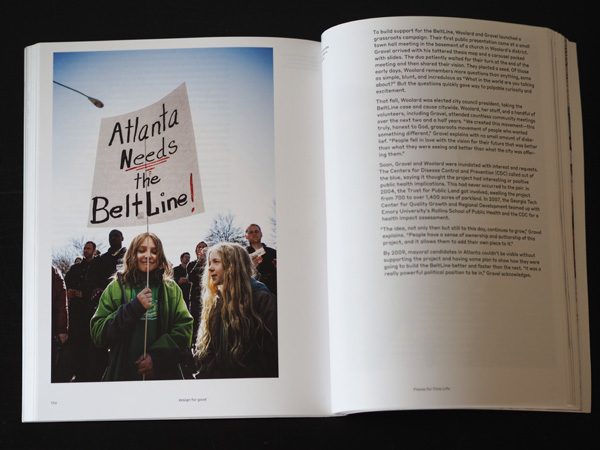 While most projects profiled in the book are public institutions, a greenway project in Atlanta stands apart.  The Atlanta BeltLine is a 22-mile multi-use pathway project that follows a disused rail corridor that loops around the city. Atlanta is notorious for its car-centric design and getting around for all residents can be a frustratingly soul-crushing experience due to high traffic roads, no sidewalks and poor connectivity. The rail corridor itself was seen as a blight by nearby residents.  It was unkempt and a common place for illicit activity.  The BeltLine greenway project reclaimed the space and opened it up to everyone, making it safer while provided a place where people could walk and/or cycle with dignity.  The benefits as a community space have been immeasurable, and the cost was just a fraction of that for a typical Atlanta highway interchange.

Design for Good concludes with some tips for those who want to improve their community spaces. The key, Carry says, is to approach problems with a beginner’s mindset.  One of the reasons why so many nonfictional and undignified buildings are built is that there is a temptation by professionals to approach design problems as “experts”. When building a new facility for a community, the real experts are those who will use the space, and their experience should be central to the design process. A well-designed building shows its inhabitants that they are respected which allows them to expect more for themselves. When the built environment fosters people feeling like they can expect more for themselves, it does fantastic things for community motivation, health and the public good. Design for Good shows us that it is possible to build great spaces that function well for anyone and that a well-designed space really can help people to expect more for themselves.