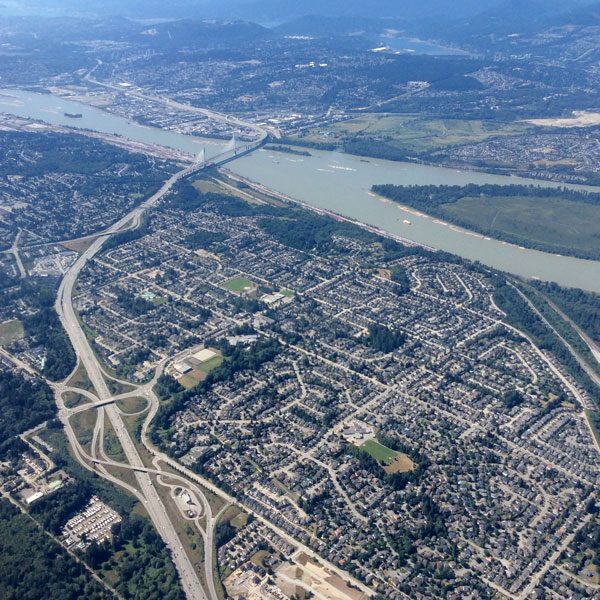 An essay by the cordial Oscar Woodbead

I was sitting in an empty sushi restaurant in Vancouver at some time on some evening. But of course when we say empty we don’t actually mean empty do we? Certainly I was in the room and a man was sitting behind the counter. There were also various objects placed throughout the room. Chairs and tables I recall. I remember some menus being there as well because the man had at one point removed himself from behind the counter and handed me one. I ordered a seaweed salad and a sushi roll of which the specifics escape me. I didn’t have my cell phone that evening and had to resort to staring into the middle-distance. The man sensed my boredom and kindly brought me a copy of The Georgia Straight. I thanked him and promptly placed the newspaper to one side. If I am going to be bored, I want the nature of my boredom to be of my own accord. And my preferences lie with the middle-distance rather than the middlebrow.

The room was silent as I waited for my food. The silence was powerful in that moment. I suspect this is because I so rarely find silence in my waking hours. Or in my sleeping hours. I sat with the silence for some time. Before long, it began to disappear. Not from any sort of audible interruption but rather from my conscious realization that the silence was never there to begin with. The clicking of the fan above me, the hum of the refrigerators in the kitchen, my breath, the man’s breath, and the traffic from outside all made themselves known. One sound in particular attracted my attention the most. It was the very quiet scraping sound coming from a cucumber being sliced lengthways in the kitchen. What struck me the most about this sound was how quiet it was relative to the other subtle noises playing in the surroundings; yet it was the sound I attached to. Further, I was surprised that I knew it was a cucumber being sliced. I’ve never sliced a cucumber. Nor do I even think I’ve seen one being sliced. As far as I’m concerned, they might as well grow out of the ground pre-sliced and packaged. But with my back turned to the kitchen, I somehow knew what the sound was.

I focused more closely on the sound. The rhythmic scrape followed by the flop of the cucumber slice hitting the bottom of a container crept further and further into my mind until it occupied my entire consciousness. But by that time, it had become more than a sound. The sound of the cucumber sent me into a trance where I could follow it all the way back to its seed in the earth, its growth, its harvesting, and its travels to this restaurant. I am not afraid to put my credibility on the line when I say that when I focused selflessly on the cucumber, I became one with its cucumberness.

I reflected on this experience the next day and decided that if nothing else, this was a reminder to me of how little consideration we give to the sounds of our everyday life. So over the following weeks, I made an effort to listen to the world more. This effort proved to be valuable in that it changed the lens from which I was experiencing ordinary life in the city. Not only did I notice new things about the world around me but also about myself. For instance, I noticed that when I chew, my jaw makes a knocking noise as a result of the numerous bashings it’s received from well-meaning strangers over the years.

I sat one afternoon in an empty French cafe in Gastown (I go to all the popular spots). The room was silent enough to allow me to listen to the bubbling of my champagne. Listening to my drink is not something I’ve made a habit of doing (though I have been known to talk to it). Champagne bubbles and other sounds played by that cafe were generally pleasant and agreeable. But the sounds of a city bus are generally disagreeable. The beeping of the opening doors and the semitone played when the next stop is announced are not just random noises coming from a machine. Someone has chosen these sounds. And even if they had succeeded in choosing pleasant sounds as opposed to obnoxious ones, the effect is outweighed by the fact that the speaker they are being played from is unpleasantly thin and cutting. And the automated voice announcing each stop has its own issues. One would hope that the voice sounds like an unwaveringly supportive primary school teacher. Yet, the voice that has been achieved is that of a seasoned dominatrix. Or at least how I imagine one would sound like. And only a small portion of the population would find that tone of voice comforting (Though I do think it’s a larger portion than we might initially believe).

I am not naive enough to think that the sounds in this particular case are not necessary. The sounds to notify passengers of a bus’s various actions, behaviors, emotions, etc. should be clear and easily understood. But can we not do better than a D# ding followed by the dominatrix? Of course we can but of course we don’t. I have some suggestions. Instead of the beep, why not Art Blakey’s Moanin’? Or Herbie Hancock’s Watermelon Man from 1962? The 1973 version is just too sexy for transit. And when the platform lowers to lift wheelchairs and strollers onto the bus, why are we content with more sharp beeps that could damage the already sensitive ears of the elderly and baby humans? Josh Groban’s You Raise Me Up is much more appropriate. And can we get a Bose or Bang and Olufsen system on these buses instead of the unbranded tin cans we have on them now? (There are heroes amongst us)

The 19th Century German philosopher, Arthur Schopenhauer wrote a short essay entitled On Noise. In it he expressed a deep intolerance for unpleasant noises of the city: “Nothing gives me so clear an idea of the apathy, stupidity, and thoughtlessness of men as the toleration of this whip-cracking.” (he is speaking of the whipping of horses pulling carts and carriages) “This sudden sharp crack which paralyzes the brain, tears and rends the thread of reflection and murders all thoughts, must be painfully felt by anyone who carries in his head anything resembling an idea.” The imagery of the cracking of a whip was popular amongst 19th Century European philosophers. Maybe this is not because of its powerful association with enslavement, torture, and punishment but perhaps it is simply due to the fact that it so sharply interrupted their thoughts on a daily basis as Schopenhauer claims.

That essay achieves nothing close to a philosophical stance on noise. In fact, it isn’t worth reading unless you’re a PhD student researching the possible causes for Schopenhauer’s seemingly miserable disposition. If that’s the case, then you would find his bitterness in this essay quite helpful. The painful noises created by humanity may be part of why he tended to write sentences such as, “If suffering is not the first and immediate object of our life, then our existence is the most inexpedient and inappropriate thing in the world.” Maybe if Berlin had fewer unpleasant noises, Schopenhauer’s writing would be a bit more chipper.

If his essay On Noise achieves anything other than give insight into Schopenhauer’s grumpiness, it may lead us to ask the question: Do we have a moral duty to fill our world with pleasant noises? Or at least reduce our unpleasant ones? As I have said, when we listen to the world rather than simply hear it, we learn more about it and more about ourselves. Others have learned from such listening. Some have learned that the noises of our industrial coasts have inhibited whales from hearing one another through the ocean, and thus prevent them from having an opportunity to mate. Other listeners have found that the constant beeps and bongs of hospital equipment increase the stress levels of both the nurses/doctors and the patients. Patients also experience disrupted sleep due to typical hospital noises. These both can have a negative impact on patient recovery. And we have learned from Arthur Schopenhauer that unpleasant noises of daily life prevent profound trains of thought from reaching their end. Indeed, someone down the street from me seems to have been taking an angle grinder to the same steel pipe for the past two hours. So, if reading this has left you underwhelmed, I have that to blame.

The noises we make matter. Ask yourself: do the checkout scanners in grocery stores really need to sound the way they do? No. They really don’t. Especially considering the checkout employee has to stand there listening to them all day. I believe we overlook sound as a major phenomena in our society. But it’s not just us mere mortals who are guilty of this oversight. Even an all-knowing, all-powerful creator seems to have little interest in the noises of the universe. The Abrahamic religions believe that on the first day God said, “Let there be light.” Yet, through the course of the proceeding five days when God could be bothered to put in a decent day of work, he neglected to create sound. Indeed, none of the stories in the Old Testament seem to imply that God gives even a small amount of his infinite time to addressing the sounds of the universe below. Perhaps then it was the devil who created sound. The Abrahamic religions are in a sense polytheistic after all. Though, out of the two Gods, only one demands praise. The other just likes to make itself known every now and then. And what besides the constant and unbearable yapping of seagulls or the anxiety inducing leaf blower are better reminders of the presence of Lucifer?

If you are a member of any of the Abrahamic religions and you are one who believes that it’s only through God’s will that the unbearable suffering of the Earth, the meaningless death, the horrific injustices of mankind will finally cease. And if you believe that all us humans need to do is pray a little more and believe a little more strongly, then the rest of the world has a declared duty to respect your right to continue this belief. After all, it seems clear from the scripture that God really is concerned about such phenomena. But as I’ve explained, it’s not clear that such efforts are adequate for addressing the terrible noise of our society. Nothing in the scripture indicates this to be the case at least. So, if we are going to somehow quiet the ocean so the whales can more easily know one another in the biblical sense, then it might come down to some very human reflection, understanding, and effort. It might come down to a little more human listening… God help us.