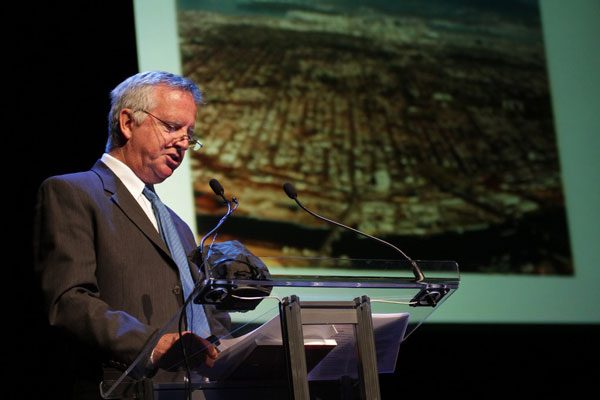 Patrick Condon has spent a career teaching and doing urban planning. But he reads a new report to say every planning effort Vancouver undertook in the past 10 years has made things less affordable.

Thank Andy Yan for throwing yet another rock into the placid pond of our taken for granted assumptions. As someone who advocates planning and has called for the city of Vancouver to finally write a binding citywide plan for a decade, he rocked my world.

I was deeply disappointed but not all that surprised to read that, according to Yan, who is himself trained in urban planning, every planning effort the city undertook in the past 10 years has made things worse.

Neighbourhood plans for the West End, Marpole, and Grandview Woodlands, ostensibly produced to allow for the creation of more affordable housing, have done the opposite of what they intended. While land in the “unplanned” parts of the city went down by about roughly three per cent in the one year between 2018 and 2019, land values in recently re-planned areas went up by between five and 25 per cent! In one year!

This is nice if you own your home in these areas and want to cash out, but bad if you want to stay in your house and all that happens is your taxes go up. It’s even worse for renters, because your landlord is now getting taxed an extra couple hundred a month for just your unit, because their property just got assessed as if it was a 15-storey new condo. For years I have been arguing that spot zoning is wrecking this city, and it looks like these area plans have turned into the mother of all spot zones!

To make matters even more horrifying, everything within a five minute walk of the Broadway corridor between Commercial Drive and Arbutus Street also shot up by about 10 per cent in one year — suspiciously aligning with land within striking distance of the proposed new subway line. I guess it’s nice that some land speculators are able to grab all that taxpayer-funded value, but I can’t see rents going down along that corridor any time this century, nor do I think that the city can ever recapture land value increases that are already baked in a full decade before any trains rumble below ground.

Thanks TransLink. Thanks Vancouver Engineering Department. Thanks Vision Vancouver.

What can we do about this? Write our kids a cheque and send them off to Regina for a decent life? No? Well what then? Because any solution to this crisis is going to be hard and will call for us to entertain policy responses that we never imagined would be needed. There might be a lot of ideas out there to solve this crisis, and my own might not be the best. But one thing I know for sure. Business as usual leads to failure, and if you think that failure is not an option, then roll up your sleeves and pitch in.

My best idea is not to throw away planning but to plan for affordability, end of story. The basic goal for any citywide plan, stated by city council loud and clear, has to be the creation of decent housing for our wage earners (who for many of us happen to be our sons and daughters) and for those in need. Anything else is non-essential. All other issues, such as transportation, recreation, utilities, etc., need to be only viewed through the lens of housing for our people. 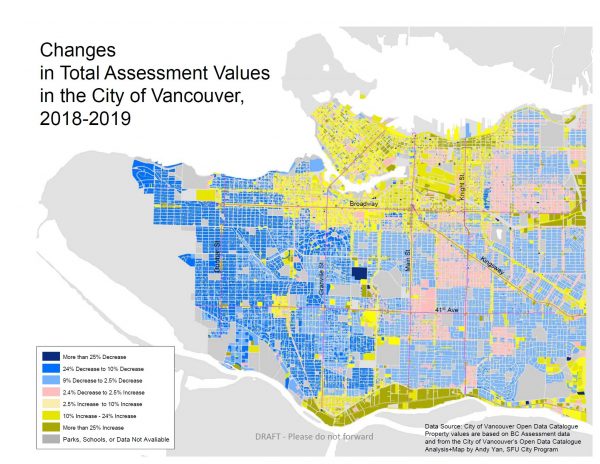 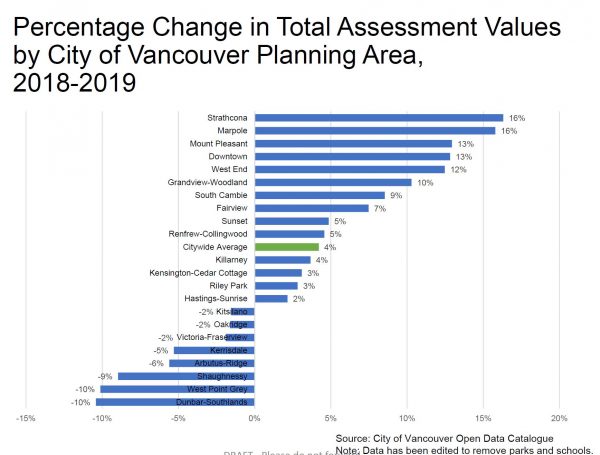 This is not primarily about what kinds of buildings to place, and where. It’s about how can we use the policy levers we have at our disposal, as a city, to ensure that our goal is met. And what are the policy levers? Zoning my friends. Zoning and taxes.

Since we know that the city can increase land value with a stroke of the pen, we should wield that pen like a weapon — with care, precision and clear intent. The rule should be this. We only increase density anywhere in the city in return for social benefit.

We allow increases in return for a rock-solid assurance that a certain number of units, let’s say 50 per cent of them, are permanently affordable at 30 per cent of average wage or are social housing. This will not hurt existing land owners, it in effect freezes land values at their ludicrously high current levels. Simple, clean, no exceptions.

Make the land component of our property tax progressive such that people who add units to their homes (we presently allow three units and only a small fraction of owners have taken advantage of this allowance) get a tax break, and those who sit on large parcels of land by themselves pay more. Thus we reward people for doing the right thing. Any extra revenue gets poured back into non-market housing to match federal and provincial funds for the same.

At the same time, we must reevaluate the uses of our present tax dollars. Our city budget is a reflection of our values. Right now it proves that we don’t value housing. We value police, fire, engineering and planning (roughly in that order) but not housing. We say we have a housing crisis. I don’t believe it if you don’t budget for it.

We actually have the tools to fix this problem in a way that nobody gets hurt and a lot of struggling people get helped. The above tools only attack land speculation and reward land owners who give back for social purpose.

Why not do it?

Unless someone comes up with a better idea I am buying my kids that bus ticket for Regina.