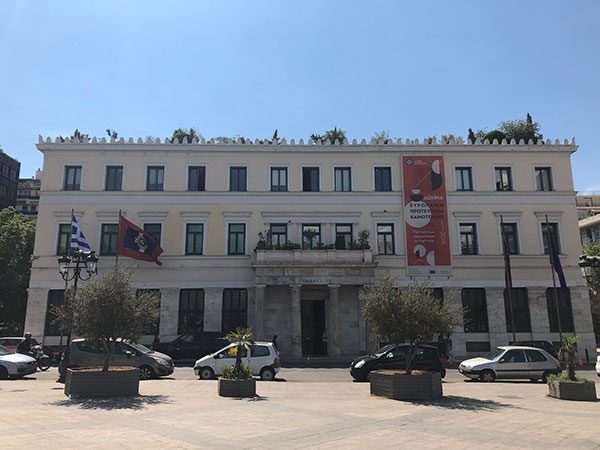 The City of Athens, Greece elected a new Mayor on June 2, 2019 — the youngest in the city’s history at 41 years old — in a landslide victory. And though Mayor-elect Kostas Bakoyannis is affiliated with the national centre-right party New Democracy, starting on September 1, 2019, he will be working with the most politically diverse group of Councillors on record.

The City of Vancouver had its municipal election on October 20, 2018, electing the first independent Mayor in three decades, along with a group of Councillors from four different local political parties who were sworn in on November 5, 2018.

Given some of the similarities in the make-up of both the Athens and Vancouver City Councils that I observed in my 12 years working with the City of Vancouver,—and having spent much of the last year living in Athens—below is some friendly advice for the new Athenian municipal elected officials and staff as they enter this new chapter. The following common-sense tips could also apply for any of the relatively new Mayors and Councils that came into office last November across Metro Vancouver, as part of one of the largest single civic turnovers in recent history.

Unlike in Vancouver (and Canada) where the Mayor and Councillors go directly from the campaign trail to governing, in Athens, there’s a healthy three-month transition period before entering office. This gives both incoming and outgoing elected officials, as well as civil servants, time to wrap up current business and prepare for a new Council term.

With this in mind, I recommend that new elected officials and staff at Athens City Hall:

1. Continue finding opportunities for cooperation and alliances on common issues

The three main candidates for Mayor in Athens united during the election campaign when terrorists vandalized one of the political party kiosks. This spirit of civility that brought people together will undoubtedly pay dividends over time. Members of the public lose patience when they see petty political infighting and are discouraged when, as a result, they don’t see progress on priority municipal business at the start of the Council term. As Mayor-elect Bakoyannis said: “The nature of local governance requires, demands, cooperation and consensus in order to be able to function. A mayor represents everyone, not just his people or party. The municipal council is a decision-making body, not a debating society, and the larger the majority supporting any decision, the better the odds that it will be embraced by the people, accepted and implemented.”

2. Fulfill local campaign promises, but do not abandon international relationships and initiatives

Although many Mayors focus their election campaigns on improving infrastructure, cleanliness, garbage collection, lighting and other critical municipal services, the City of Athens—like Vancouver—has benefited tremendously from global peer networks at both the elected and staff levels, particularly in the areas of climate action and resilience. With Vancouver City Council and many others around the world declaring climate emergencies, these international networks and coalitions are invaluable in tackling global economic, social and environmental issues that cities are facing at the local level, while helping deliver much-needed municipal infrastructure funding.

3. Realize how valuable City staff are to advancing their political agenda

Civil servants are a tremendous apolitical resource, with institutional knowledge, history and an inherent commitment to public service. That does not mean they are always right, nor that their views should prevail when they conflict with the priorities of those who were elected by the voters, but they deserve respect. From experience, I can readily say what is most helpful for all — on both sides — is when staff are provided with a clear vision for what Mayor & Council want to achieve in their term. Elected officials have no better ally to execute that agenda.

4. Take the time to get professional media training and get to know the City Hall communications team

The City of Vancouver had a recent cautionary tale of a new Councillor who didn’t coordinate his media messages with operational staff who had key information on planning for an international sporting event and unfortunately provided misinformation to national and global media outlets that went viral. Professional media training benefits everyone, including the City’s reputation.

New officials of all political stripes quickly realize how complicated local government issues can be and that nothing is as straightforward as it was on the campaign trail. Clear, simple information on City programs and projects is critical to bringing elected officials up to speed on key files and getting their support in moving these initiatives forward. Staff must be nimble in responding to new political leadership and ideas, and to adjusting their briefings accordingly by repackaging data and details to new audiences with different backgrounds and agendas.

Vancouver’s recent municipal experiences can provide a roadmap for elected officials and staff alike here in Athens, Greece, but also across Metro Vancouver.

Marnie works with government, non-profit and private sector clients in Europe and North America to provide government relations, stakeholder, communications and funding strategies, products and results. She is married to a Greek-Canadian citizen, and divides her time between Vancouver and Athens.