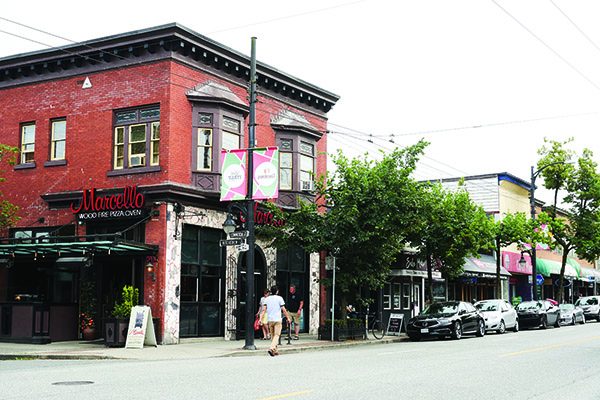 For scores of generations, the wooded hills of Grandview were prime hunting and trapping land for First Nations. Once the Europeans arrived, Grandview was the scene of intensive logging, with skid-roads running down to False Creek and Burrard Inlet. Logging continued into the late 1890s and in the entire district less than a dozen houses were occupied before 1901. In 1891, an interurban railway had been built between Vancouver and New Westminster. The route, including what would become Commercial Drive, formerly Park Drive, owed as much to land speculation as it did to transit economics. The interurban made the area better known but, with no transit stops in the neighbourhood, it did little by itself to add to the growth of Grandview. 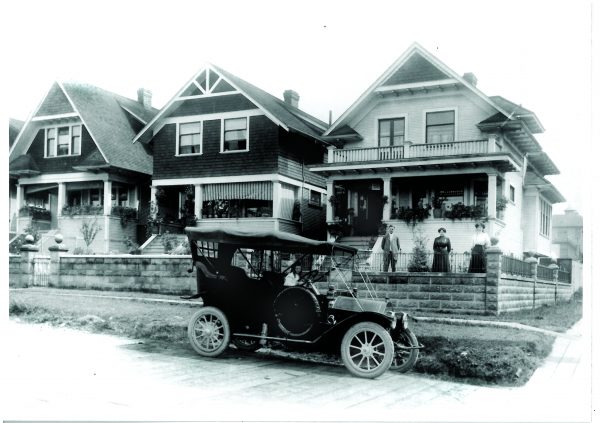 The situation changed with the new century, as timber leases gave way to speculative acreage, often owned by British interests, which was gradually released for public sale and eagerly sought by a rampant realtor industry. It was further assisted by the incorporation of Grandview into the City’s extensive streetcar system. Residential and commercial development and sales in Grandview were slow until, after weathering a small recession in 1907, the neighbourhood witnessed a massive building boom for several years, peaking in 1912. Many of the Grandview and Commercial Drive properties that seem so characteristic of the district today owe their birth to this boom, from modest homes to grand mansions. 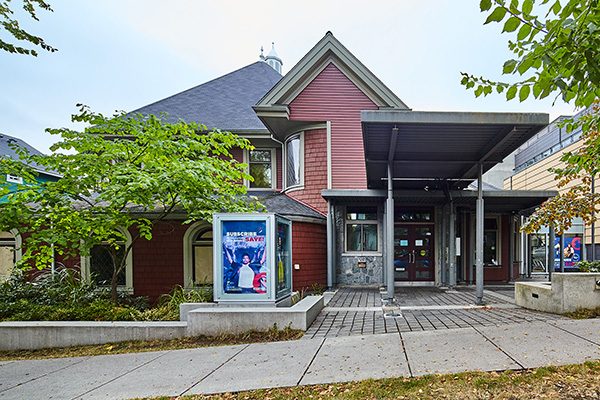 Education and religion were strong components of the community from the earliest years. ‘Xpey Elementary, at Victoria & Hastings, is on the site of the first public building in Grandview, a school built in 1903 to serve the families in Cedar Cove. The original 1910 Britannia Secondary building can still be found just west of the Drive. Two of the earliest churches have undergone radical restorations but both the Cultch, originally a 1909 Methodist church and the 1910 Robertson Presbyterian Church, now a housing complex at Napier and Salsbury, illustrate how heritage is still woven into the living community. 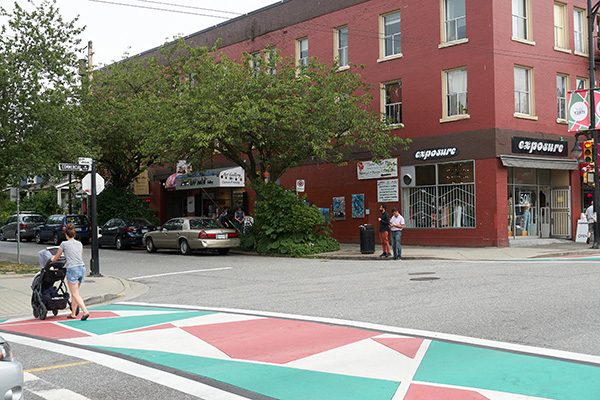 Grandview continued to grow after the First World War but the neighbourhood was hit badly by the Great Depression. It took another war and significant immigration to kick start Grandview’s economy but the place hasn’t looked back since. Entrepreneurial Italians moved into the neighbourhood in large numbers in the 1950s, and a section of Commercial Drive is now officially recognized as Little Italy. They were followed by waves of immigrants from all over the globe, many of whom settled here. It is now a thriving cosmopolitan stew of a place, as a visit to Commercial Drive will show. The Drive’s architectural mix of Edwardian stores with apartments above, the more utilitarian one-storey buidings of the 1920s and 1930s, and a scattering of modern ones, today house street markets and cafes of increasing popularity.

Grandview, with Commercial Drive at its heart, is a fascinating neighbourhood with an evolutionary story that can be seen in its architecture. Exploring its legacy storefronts, well-utilized parks and community spaces, and leafy side streets can be a journey through over 100 years of history.