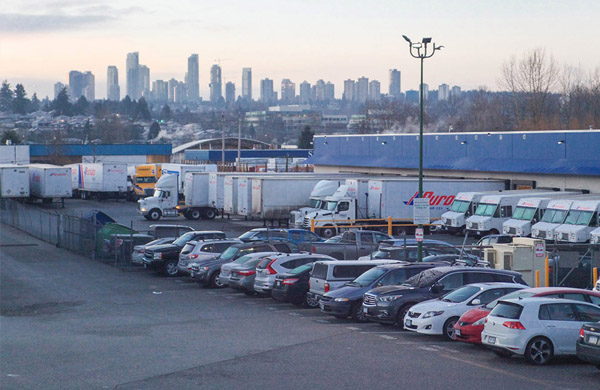 Is it a pandemic exodus? Vancouver’s population has shrunk for the first time in half a century, according to population estimates by Statistics Canada. The census counted about 631,500 Vancouverites in 2016. New estimates placed the population at 700,000 in 2020.

So where’s the growth?

Just look elsewhere in the Lower Mainland, where many communities experienced gains.

Surrey welcomed just over 13,000 additional residents during the same period, the greatest of all B.C. communities, bringing its total population to 614,600. Langley, its next-door neighbour, added 4,702 to reach 166,400.

On Vancouver Island, Langford, which forms part of Greater Victoria, saw 6.5 percent growth during the pandemic, pushing its population to 47,313. It’s a tremendous jump from 2016 when its population was 35,300.

These population estimates are not census data, which is collected from Canadian residents every five years. Instead, Statistics Canada calculates the estimates using Canadians’ financial data every July.

The census may be more detailed when it comes to demographics, but these estimates — released last week — offer us a year-by-year look at what’s happening to our population during the pandemic.

Vancouver’s dip in population might be an anomaly for the region, but it’s in line with other big Canadian cities, says Yan.

The Statistics Canada estimates show that Toronto and Montreal also lost population between 2020 and 2021 while their surrounding communities grew.

Yan sees the data pointing to a few reasons for the Lower Mainland’s suburban swell.

It’s not just the push of Vancouver’s expensive cost of living; it’s also the pull of the suburbs. That’s where there’s more blue-collar work, like manufacturing. That’s where cultural communities like Richmond and Surrey are flourishing, attracting newcomers.

“It’s not new,” says Yan of the suburban lure. “We’re seeing just how acute it is.”

There’s also a generational cohort that’s growing up and starting families, and leaving Vancouver gives them more space for their buck.

“Millennials took a bit longer, but they do prefer to live in larger spaces when they hit their 30s and 40s,” says Yan, who says the same goes for renters and homebuyers. “Their priorities are changing.”

Yan uses TV shows as a metaphor: “That Friends phase of their life is going into The Simpsons.”

He points to booming Surrey and Langley cementing their place as cities for young families through their housing stock.

Townhouses are in high demand, and Surrey has been adding about 1,000 new units a year. Vancouver, on the other hand, adds about 100 a year, a small number considering the city’s pledges to increase “missing middle” housing types, says Yan.

Surrey’s growth of families is reflected in its student population of over 74,000 — the largest school district in B.C.

Canadian residents will get an even clearer picture of changing demographics, and what role the pandemic might have played, very soon. Data from the 2021 census will be released in increments, the first numbers coming Feb. 9.

One thing is certain: at this point of the region’s growth, it’s not accurate to call the communities outside Vancouver bedroom ’burbs anymore.

“The whole field is struggling to define them,” says Yan. “It used to be urban, suburban, rural — piece of cake. They’ve grown beyond their roles as suburbs to the City of Vancouver. They have characteristics of cities themselves.”

Christopher Cheung is a reporter at The Tyee, where this story originally appeared on January 20, 2021.