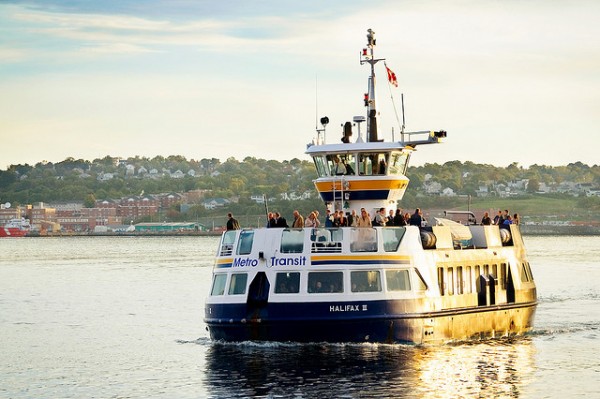 HALIFAX – Transit offers communities and residents several benefits. Three of the most important benefits are mobility, less congestion and lower carbon emissions. Providing mobility is especially important for youth, seniors, those with disabilities and people without regular access to cars. Giving basic service to as many of these residents as possible is considered a coverage goal of transit. Reducing emissions and congestion means getting many people to ride the bus; maximizing transit trips is a ridership goal of transit. High ridership services also have lower operating subsidies.

Unfortunately, ridership and coverage goals conflict – a community can’t maximize both at once. Each community must allocate transit resources somewhere on the ridership-coverage spectrum. Why can’t we just maximize both of these useful transit objectives?

Every system has limited resources. There is only so much service to go around. Coverage routes provide some service to as many people as possible. This often means spreading service over a very wide area. Routes may be twisty and frequencies are low. Coverage service isn’t appealing and often runs in low demand areas. Ridership is predictably low. Many people, however, get basic transit, filling an important social need in communities. 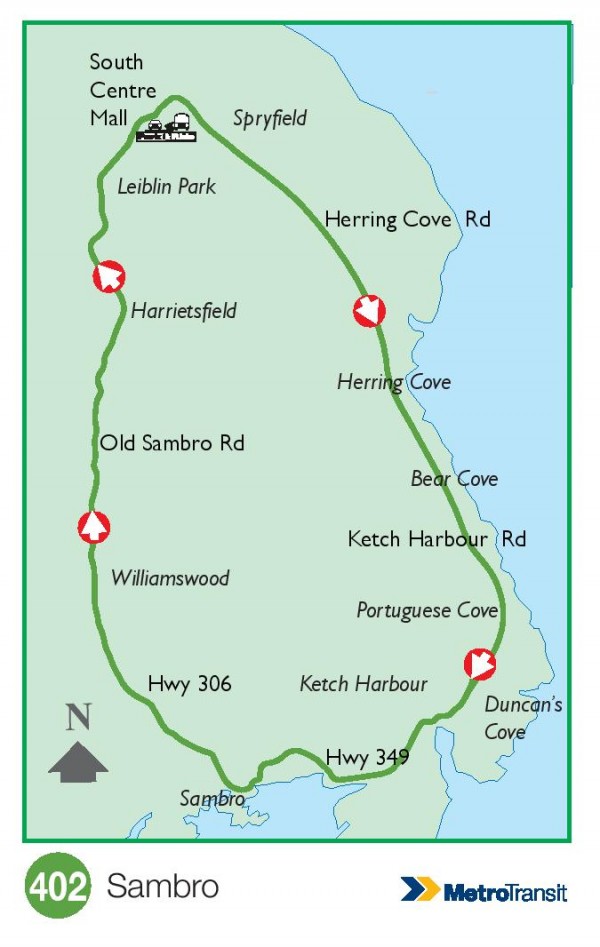 Route 402 is a coverage route, with 10 trips per day. Travel time around the loop is 51 minutes.

Ridership services focus on areas with high demand, and during rush hour. High density areas and major employment hubs – like downtown, universities and hospitals – get fast and frequent service. Ridership routes are busy, both because they focus on high demand areas, and because good service makes transit an appealing choice. The Route 1 – Spring Garden – has the highest ridership of any Metro Transit route. It runs every 10 minutes along major streets between the Halifax Shopping Centre, Dalhousie University, Downtown Halifax and Bridge Terminal, the busiest hub in the system.

Transit systems have to meet both of these competing demands. Some routes focus on low demand areas so that many people have basic mobility, while other routes focus on major corridors with high travel demand. Deciding how to allocate those resources – what percentage of resources goes to ridership as opposed to coverage – is a political decision. Transit professionals can help show what service looks like under different scenarios, but it’s ultimately politicians who decide how to spend money.

In January, Halifax’s Council decided to redesign Metro Transit’s network. One principle guiding this redesign is to dedicate more resources to high ridership services. No decision has been made as to how much coverage service might be removed or altered, but expect a political battle over resources. One major issue will be at stake: what type of service (if any) is provided in different neighbourhoods. Dense urban areas are where you focus high frequency routes that generate ridership. In Halifax, that means focusing resources on main corridors in Spryfield, Dartmouth, Clayton Park, Bedford and Sackville. Outer suburban and rural residents won’t like that, which could lead to some interesting Council meetings. Transit consultant Jarrett Walker has worked on many network redesigns. He suggests leaders set the resource allocation first (e.g. 70% ridership, 30% coverage) and staff prepares a draft network for discussion. If needed, multiple drafts can be prepared showing different numbers. Politicians and the public both get a better understanding of how resource decision affects services, while staff provides the technical expertise of routing and scheduling those services.

The good news in Halifax, is that there’s lots of transit service to go around. Of agencies in the Canadian Urban Transit Association, only Ottawa and Toronto provide more service per capita. A lot of Halifax’s service is tied up on a few major streets where many routes overlap. Over 1000 buses a day run down Barrington, enough to provide 3 minute headways all day and evening. My best analysis of waste in Halifax’s system is that around 25-30% of service is overlapping. That’s enough service to provide over 50 km of route at 10 min frequencies, equal to five of the #1 Spring Garden route. How could those resources be redeployed? What type of services are the best fit for Halifax? There’s lots of opportunities, but those are questions for upcoming Transit First columns. Stay tuned!

Next columns: the essentials of a good transit network.