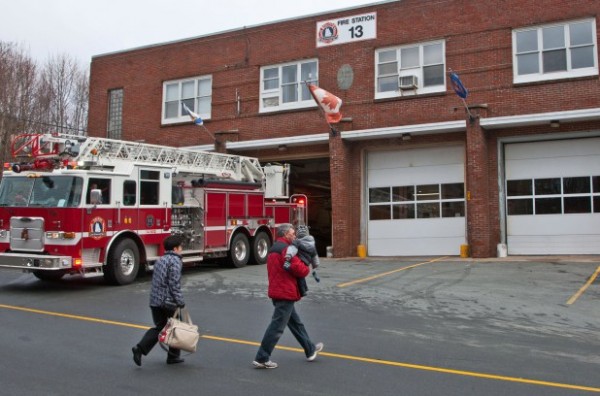 DARTMOUTH – The alarm has been sounded in Downtown Dartmouth, North End Halifax, and Sackville over proposed staffing changes at the King Street, Lady Hammond Road and Patton Road fire stations.

The three stations survived a 2014 closure recommendation when Halifax Regional Council refused to accept the Regional Fire Department’s conclusion that the stations are redundant. The Fire Department’s latest proposal to replace the full-time firefighters currently in place with volunteers during the evening and weekend hours goes against the spirit of council’s 2014 decision. The problem inherent in both of the Fire Department’s proposals is a lack of real-world data. The Fire Department’s conclusion that King, Lady Hammond and Patton Road play only a supporting role in the fire service and, therefore, could be closed or staffed with slower to respond volunteers, is based on mapping and not from GPS data gathered from tracking actual fire trucks responding to real emergencies. As a result, the Department’s mapping doesn’t fully consider how things like traffic congestion or bad weather affects response time. The Fire Department is preparing to invest considerably in technological upgrades, including installing GPS on all its fire trucks, which should fill the data gap over the next few years. Closing the stations or reducing their hours would, therefore, be very premature. Any changes should come once we have data that people can trust and should also consider what impact there is on Halifax’s ability to, one-day, meet the National Fire Protection Standard.

The established standard for response time for career firefighters in North America is the National Fire Protection Standard (NFPA-1710). After a call is dispatched to the station, the standard allows firefighters just over a minute to get out the door and then four minutes for the first truck to reach its destination. The rationale is that a typical fire will flashover in 8-10 minutes and that firefighters should, therefore, arrive on the scene before that happens to minimize property damage and the risk to life. Like many cities, however, Halifax doesn’t quite meet the NFPA-1710 standard. Halifax deliberately decided back in 2006, due to the financial costs, to allow five minutes travel time, one minute more than the national ideal. It’s worth remembering then that, before any stations are closed, Halifax’s five minute standard is slower than the national benchmark. 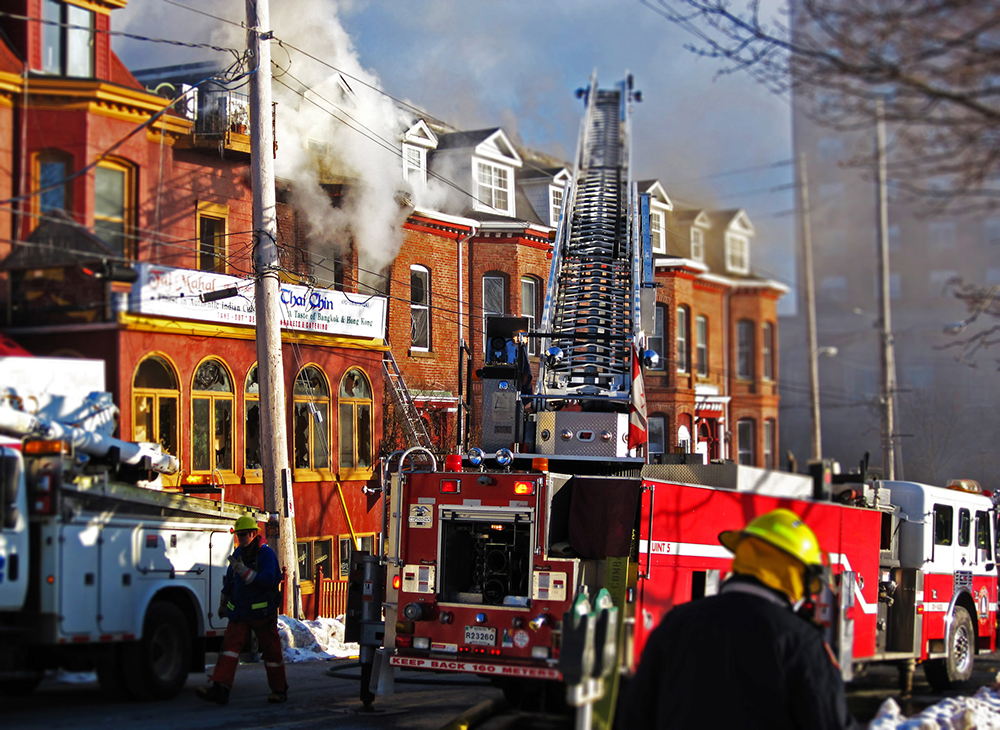 When Halifax’s Fire Department recommended the closure of the King, Lady Hammond and Patton Road stations back in December 2014, the Department indicated that they could meet Halifax’s five minute standard from other nearby fire stations and, therefore, the stations were redundant (implications of a four minute travel time recommended in NFPA-1710 weren’t considered). Council rejected the closure recommendation and the Department responded with a new proposal in November 2015 to staff the stations with career firefighters during the day and volunteers on nights and weekends. The Fire Department’s rationale for the staffing change is, again, that these stations play only a supporting role and, therefore, the slower response provided by volunteers who first have to travel to the station before they can respond to a call is acceptable. It’s a good example of how an idea, in this case the redundancy and closure of the three fire stations, can be very difficult to dispel once it’s established in the bureaucracy and can keep reappearing in different ways. This is exactly why residents on Hawthorne Street were apprehensive about the Findlay Centre’s future in the Community Facilities Master Plan. Council ended up deferring any decision on changing staffing at King, Lady Hammond and Patton Road until sometime this year. 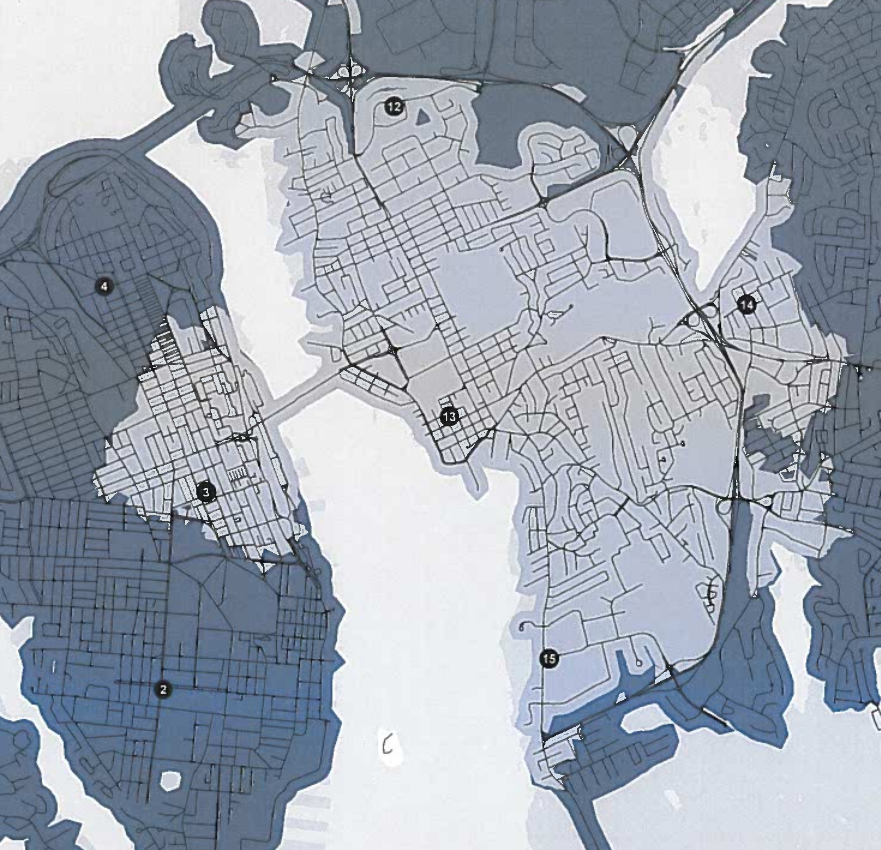 If the Fire Department is correct and Downtown Dartmouth, North End Halifax and Sackville can be adequately protected  from fire stations in nearby areas, than the conclusion to close redundant stations makes sense. We all pay the cost of providing fire service with our taxes and we should demand that those funds be spent as wisely and as efficiently as possible. Public reaction to both of the Fire Department’s proposals, however, has been overwhelmingly negative because the public, instinctively, believes that a fire truck won’t be able to quickly reach their community from more distant stations. Reading the fine print of the Fire Department’s own report actually lends credibility to the public’s skepticism and fears. 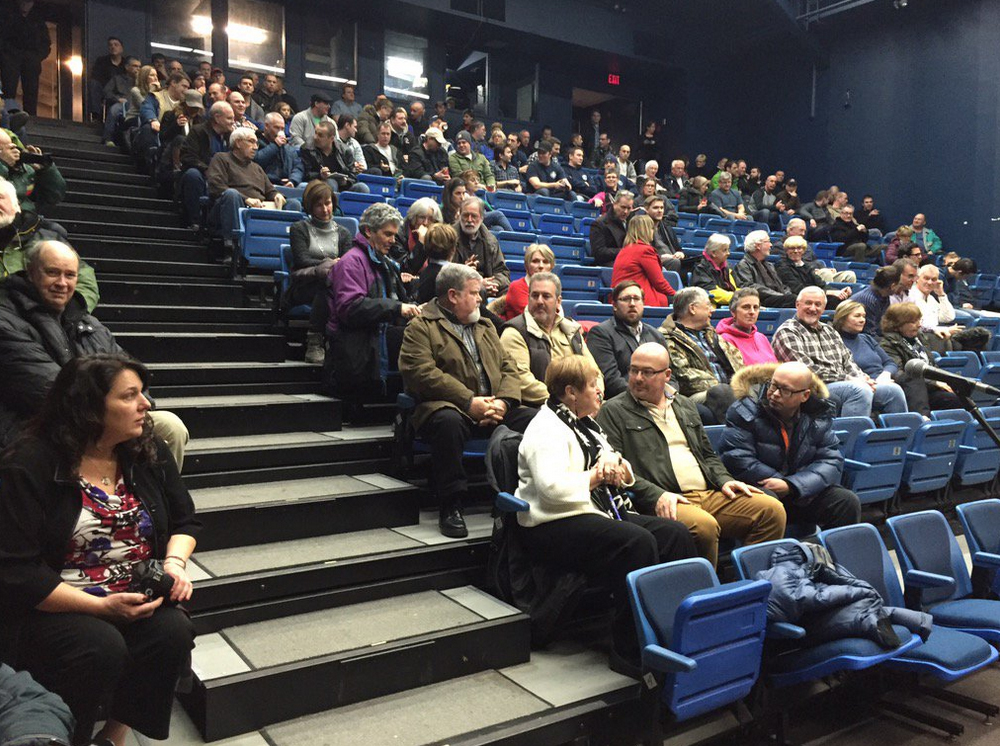 An Absence of Data

“Scarce AVL (GPS) data meant that other factors which can impact response times, such as time of day or seasonal conditions, could not be taken into account to the extent that we would prefer.”

In other words, Pomax and the Fire Department can’t say for sure how long it takes to respond to a fire in Downtown Dartmouth, North End Halifax or Sackville in real world conditions like rush hour, darkness or bad weather. They have made an educated guess based on assumptions and theory, but with very little hard numbers from actual emergency calls. So citizens are absolutely right to be skeptical that a fire truck will be able to get to a blaze on Portland Street from the Highfield Park, Pleasant or Walker stations.

The good news is that, in the future, real world response data will become more readily available. One of the Fire Department’s recommendations that was approved by council in 2014 was to spend several million on new technology over the next five years, including GPS for the fire trucks. So in just a few years time, the Fire Department will have high-quality real world data on response time derived from actual emergency calls to base decisions on. Given the existing data’s shortcomings, and given that we will soon have access to reliable real-world information, closing or altering staffing at King, Lady Hammond or Patton Road is premature. We shouldn’t spend tax money blindly on keeping redundant stations open, but we shouldn’t make the conclusion that stations are redundant without good data that people can trust. Also, any consideration of a station’s status should also weigh how it could contribute in the future if HRM eventually adopts the NFPA-1710 standard. There is no need to rush into a hasty decision with an incomplete picture of how our fire service functions or how its different stations might contribute to future improvements. Council should keep the stations open and staffed.