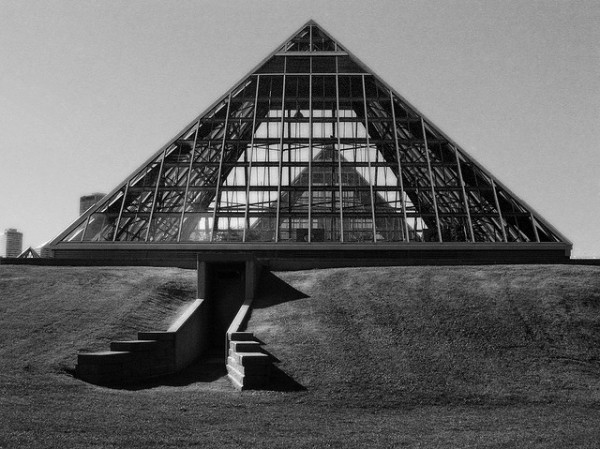 Though it has been suggested that the pyramidal shape was selected for its ‘practical requirements’, we were fascinated by Peter Hemingway’s bold yet successful attempt to simulate Giza’s pyramidal forms, which in effect was to ‘house the dead’. The architect sought to employ a comparable shape to ‘house the living’ with that of a modern botanical conservatory. The former signified reverence to those that occupied the ancient pyramids, while conservatory patrons venerate rare and prized living plant species collected from around the world.

This underlying analogy allowed us to interpret Hemingway’s notion to dispel the sombre overtones associated with this typology, with that of life and verve – thereby effectively and completely reversing the metaphor.