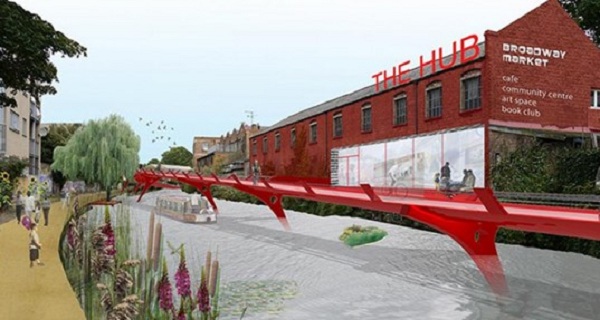 Imagine riding your bike along a suspended bike-way elevated over water. Well, that is what is being proposed for London’s Regents’ Canal.

The proposed path is a creative solution for the existing path that runs along the canal which is overly congested.

More than 500 cyclists use the current path each hour. The new proposed path will rise 13 feet out of the water to give cyclists a pathway separate from pedestrians and automobiles.