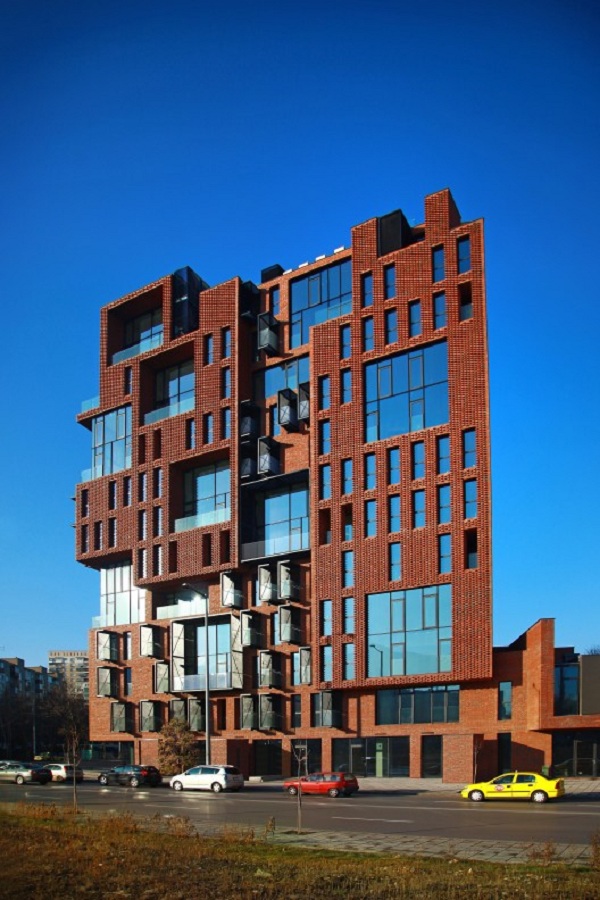 As the beautiful red-brick apartment building stretches up, it seems to bend light around the edges, creating the illusion of a paper thin building.

Aedes Studios has created the perfect balance between old and new with the Red Apple Apartment building in Sofia, Bulgaria. They were asked to create a new “old building,” that reminds people of the past, while maintaining a connection to the present and surrounding nature.

Built in a triangle, the building looks to be wall from certain vantages.